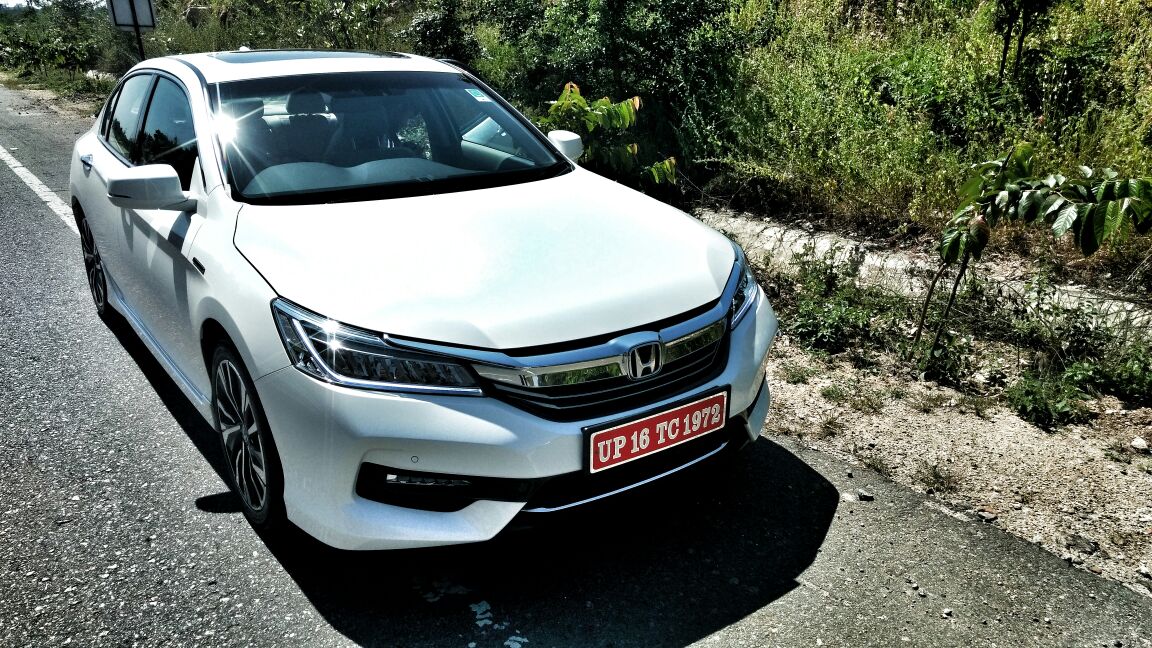 Honda is aiming at regaining the executive saloon crown with the launch of the all-new Accord. The car is vastly different from the Accords that we’ve seen in the past, and also from the competition. Before we delve into how the Accord is different from the rest, here is some basic information. The new Honda Accord will only be available in a Hybrid version, priced at Rs 37 lakh (ex-showroom, Delhi) onwards. Thanks to local taxes, it is a bit more expensive in Navi Mumbai and Bangalore, with prices being Rs 40.57 lakh and Rs 40.14 lakh, respectively.

The Accord Hybrid is powered by a combination of a conventional, internal combustion 2-litre engine and two electric motors. There’s an EV mode that lets you drive for a kilometre or two on electricity alone, a Hybrid drive which works as a series hybrid (the engine works as a generator), and Engine drive. The latter is the most useful and relevant — using engine as the main power source, and pulling extra kilowatts from the electric motors when there’s a need.

A total of 212 bhp is produced from said combination. But what’s really going to surprise you is that the car is claimed to deliver 23.1 kpl! Power is primarily sent to the front wheels via an e-CVT gearbox but it’s not a corner carver. As we found out during the time we spent with the car, the Accord is focussed at comfort. Which is a good thing, especially considering previous iterations have been quite popular as chauffeur-driven vehicles.

The Accord Hybrid is imported as a CBU, hence it doesn’t get the benefits that India-made hybrid and electric vehicles get. Priced at Rs 37 lakh, it’s not a whole lot more expensive than the Camry Hybrid, which is priced at Rs 31 lakh (ex-showroom). Keeping in mind the Accord is from a farther future — the hybrid tech is interesting, and it looks sharper than ever — it looks ready to take on the Camry. Just like the old times.