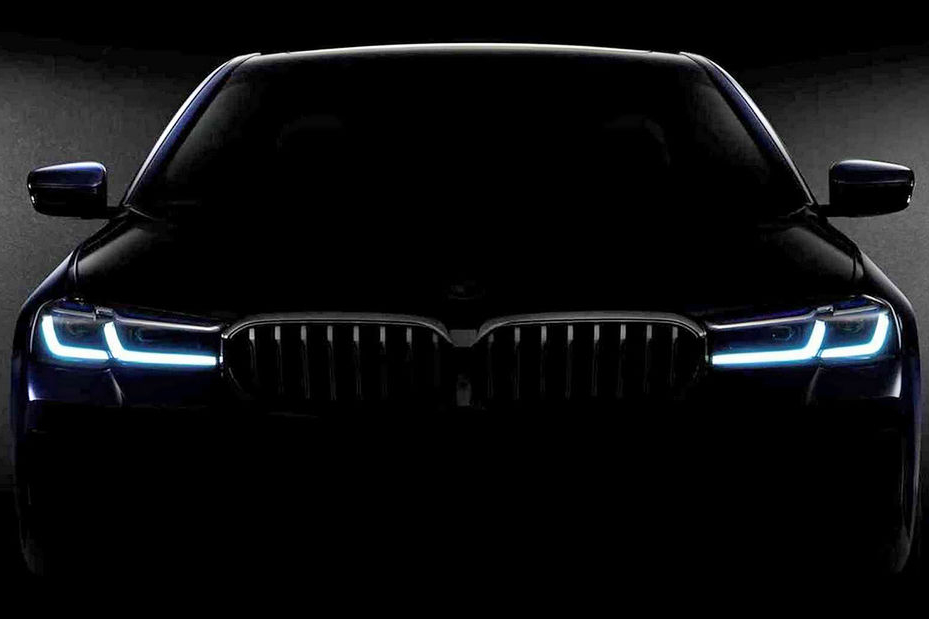 A couple of weeks ago, fully rendered images of the upcoming BMW 5 Series facelift were leaked, but BMW’s is pretending it never happened with its new teaser images. If the leaked images are accurate, the facelifted 5 Series should be quite the looker.

Compared to the current model, the facelifted 5 Series will get a larger grille (why are we not surprised), restyled bumpers, slimmer LED headlamps and new alloy wheels. Overall, the front fascia has become more aggressive now. Inside, the 5 Series will now feature the BMW Operating System 7.0. That means BMW will finally offer support for Android Auto as opposed to only having Apple CarPlay connectivity in the current generation of 5 Series!

Apart from the usual petrol and diesel engines on offer, it will feature a plug-in hybrid variant internationally. The new 545e will be powered by an inline-six engine augmented by an electric motor that will produce a combined power output of 400 bhp. Those are impressive power figures indeed. The BMW 5 Series is set to be unveiled in a couple of weeks time. You can bet we’ll have the latest news about the upcoming BMW 5 series for you right here, so stay tuned.