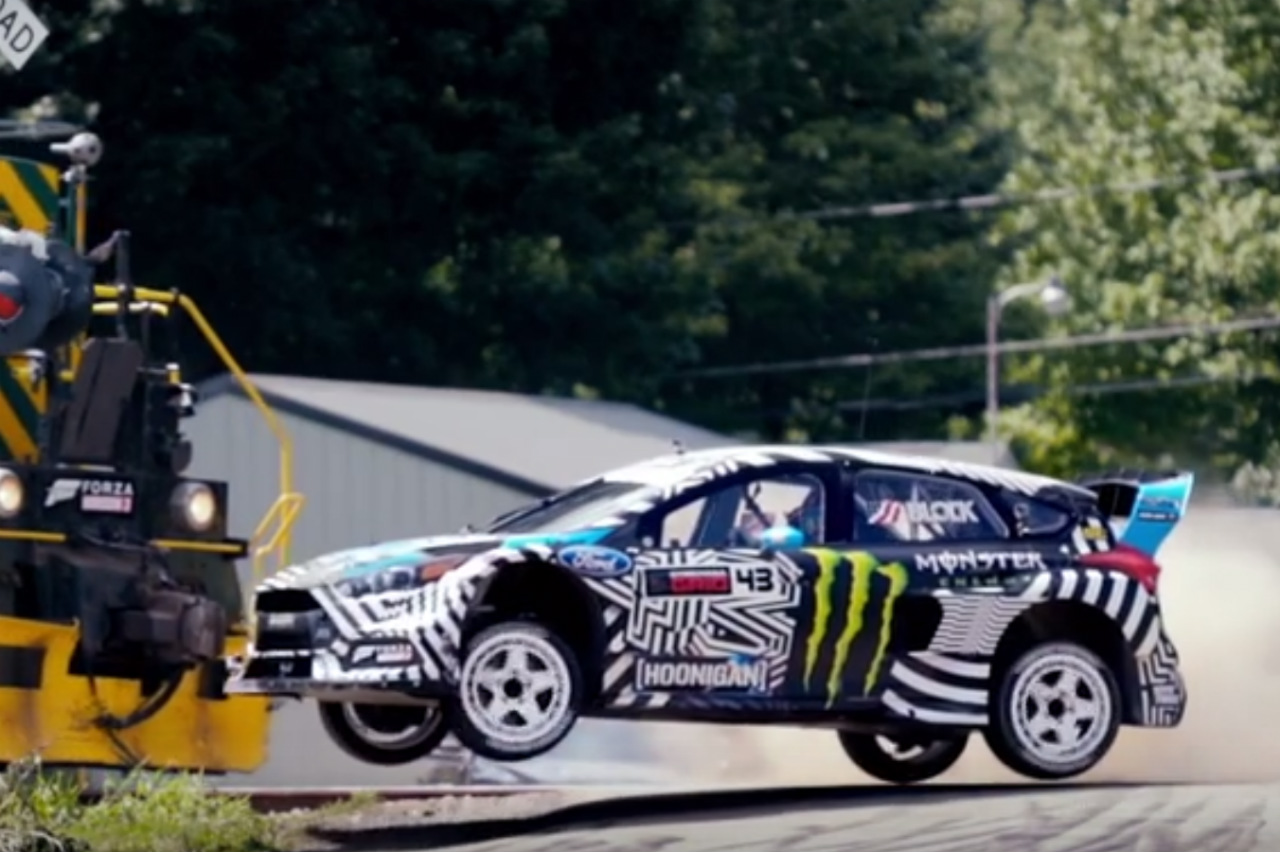 Of course no sponsorship opportunity is left unturned with this one, as everyone from Ford, Hoonigan, Monster, GoPro, Fifteen52, to even Forza Horizon 3 gets their screen time. And no prizes for guessing, the car will be in said game, and there will also be a VR version of the video out soon.

But for now, enjoy the 600hp, 813Nm producing Ford Focus RS RX being hooned by one of the most skilled showmen, who also happens to be a rally driver, marketing guru, and of course, the only person who can pass a police trooper sideways, on the handbrake, and jump an unattended train crossing without giving a single, flying f***.

Do not try this at home. Or in your playground, either.