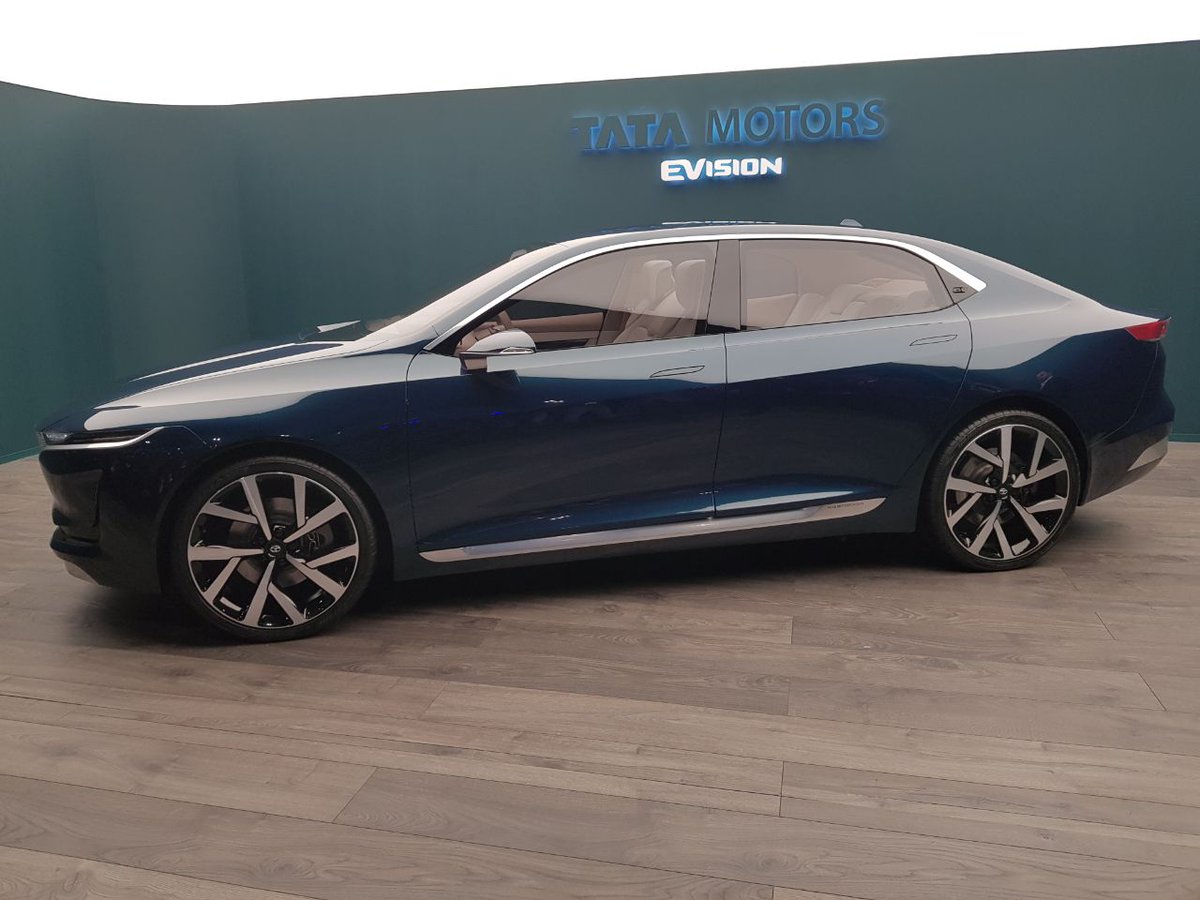 In the last 20 years, Tata Motors has been consistently bringing out new vehicles at the Geneva Motor Show. And this year, after a stellar display at the 2018 Auto Expo in India, the company is at 2018 GIMS presenting yet another intriguing concept. Alongside the recent H5X SUV and X45 hatchback concepts, the company has announced a new electric saloon concept. It’s called the Tata EVision and is clearly the sharpest-looking of the three.

It shares its platform with the LR-based H5X SUV concept. On the outside is Tata’s new design language, Impact Design 2.0. Apart from the use of sleek lights (both at the front and rear), muscular lines, and flame surfacing, the car is clearly one of the most well-proportioned Tatas till date. The use of a thick C-pillar further adds character to the design.

But that’s no match for the interior, which has a pleasant mix of minimalistic design and a lot of class. The dashboard is triple layered, with a thick horizontal wood insert positioned gracefully. There are three digital displays, effectively giving a nod to modern-day tech: one is the instrument panel, the other sits at the bottom of the centre console, while the third one is at the far end of the dashboard, displaying information to the front passenger — like in the GTC Lusso.

Like the other two concepts, the EVision also looks like a design study at the moment. Be it the panoramic roof, the design, or even the idea of running what looks like a Toyota Camry rival purely on electric tech, it has a lot to like about.