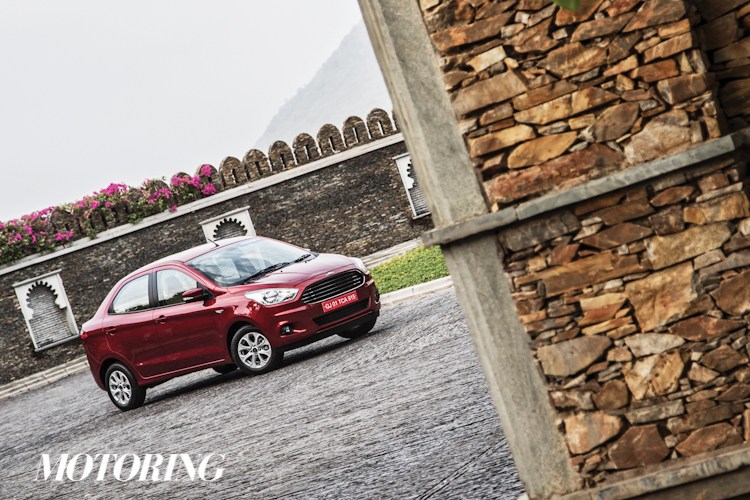 Under the Safer Cars for India initiative, Global NCAP has tested the Ford Figo Aspire and Chevrolet Enjoy to gauge the two cars’ respective strengths and weaknesses under impact. TL;DR the Ford Figo Aspire saloon, albeit with its structure marked unstable, scores a three-star rating while the Chevrolet Enjoy gets a zero, owing to its (also) unstable structure and lack of airbags in the base variant.

Looking closer at the results reveals that the Ford Figo Aspire scored good protection for adults’ head and neck, but driver’s chest, passenger’s knee, and protection for child occupants, all were rated poor. The fact that the passenger airbag can’t be deactivated, and seatbelts lack pretentioners further mar the car’s safety rating. And since the structure is unstable, it won’t be able to ‘withstand any further loadings’. The car’s standard airbags (two; frontal) saved the day.

Moving on, the Chevrolet Enjoy – SAIC MPV sold in India under the Chevrolet brand – doesn’t get airbags on the base version, so that’s nail #1 in its safety test. The protection offered otherwise was rated poor in case of adult occupants. And it was not too different in case of the child occupant, either. The structure was rated unstable.

It’s surprising that while the gen-1 Figo couldn’t be rated due to the lack of airbags on standard variant, back in 2014, the car’s structure was said to be stable under impact. The current generation Figo hatchback, on the other hand, will showcase similar safety properties as the Figo Aspire saloon, which means an unstable structure there as well. Also, when Euro NCAP tested the Ford Ka+ – essentially the Figo for markets such as the UK, it got a three-star rating. It didn’t stand out in any category as such but fared really well in both side barrier and pole test. Which means getting the one with six airbags makes all the more sense. Both in case of the Figo and the Figo Aspire.