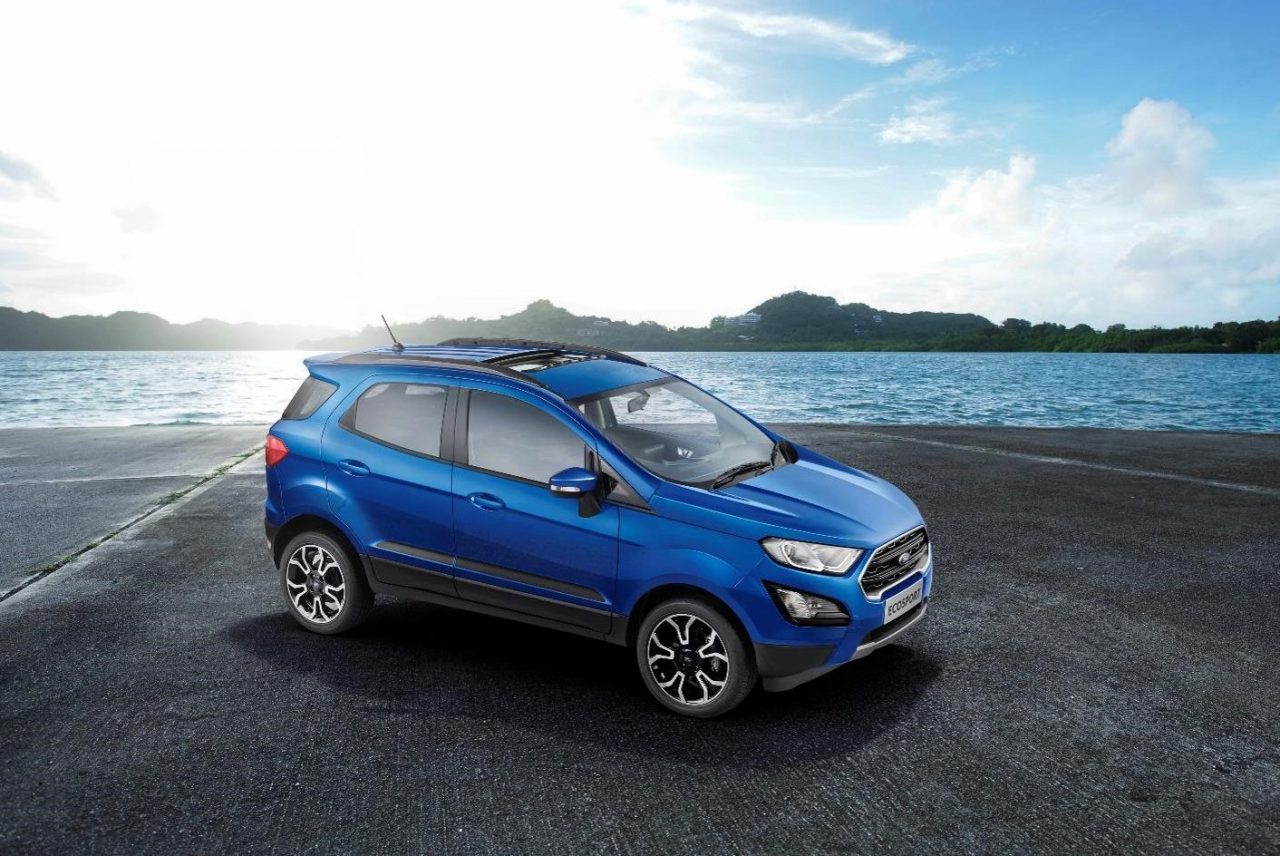 Ford India has added two new variants in the EcoSport line up, namely the Ford EcoSport S and Signature Edition. With the launch of the more driver-orientated EcoSport S, the company has also brought back the 1-litre turbocharged petrol EcoBoost engine. There will also be diesel powered versions available on both the new variants.

First, we have the EcoSport Signature Edition. It gets visual enhancements which help it stand out even further. On the outside, it has chrome surround for the grille, 17-inch alloys, body graphics, rear spoiler, roof rails, and black bezels for the fog lamps. The interior gets blue accents for the centre console, instrument console, and seat stitching. It is priced at Rs 10.4 lakh for the petrol-powered version and Rs 10.99 lakh for the diesel. It must be noted that the engine line up for the Signature Edition is the same as the regular EcoSport: new 1.5-litre three-cylinder petrol and 1.5-litre diesel. It can be selected as an option pack on the Titanium variant, the company has included in its latest announcement.

On the other hand, the Ford EcoSport S sits atop the current crossover line up. Thanks to the ’S’ monicker, the features list includes a larger MID (4.2-inch now), TPMS, HID headlamps, and a smoked/black effect for the following: fog lamp bezel, headlamps, grille, roof and roof rails, and of course the 17-inch alloy wheels. There’s also a sunroof on the EcoSport S, which,  in addition to the standard 8-inch infotainment system and six airbags, makes the sub-compact SUV well-specced, to say the least.

But what really sets it apart is the inclusion of the 123-bhp 1-litre EcoBoost turbocharged petrol engine. Unlike before it now comes with a new 6-speed manual gearbox, in line with the engine sold in markets globally. Although Ford hasn’t mentioned in the announcement whether this one comes with cylinder deactivation. Regardless, the company claims a fuel economy of 18.1 kpl. There’s also the more economical-to-run 1.5-litre diesel on offer as well. Prices for the Ford EcoSport S are as follows: Rs 11.37 lakh for the petrol and Rs 11.89 lakh for the diesel.

You’ll get to read more about it when we get behind the wheel of the Ford EcoSport S during the media drive later this month.