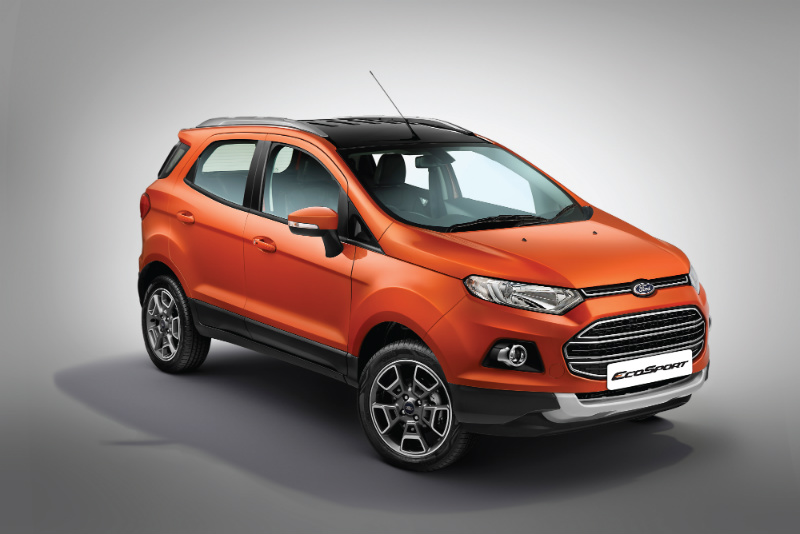 Before bringing the substantially updated version of the EcoSport compact SUV, Ford India has decided to make the features list of the existing model slightly longer, and more in-line with the needs and demands of the Indian buyer. That explains the introduction of the new Ford EcoSport Platinum Edition.

There’s the inclusion of an eight-inch touchscreen infotainment system, which includes both navigation and reverse parking camera functionality. It sits on top of the centre console, much like the Sync display on lesser models, but isn’t as receded into the dashboard. And not just a touchscreen system, Ford India understands that there’s a feature that has gained huge popularity in the recent past, even in budget vehicles: cruise control. And on the special edition that hasn’t been overlooked, either.

On the outside, the EcoSport Platinum Edition makes the most of the current design and effective dual-tone styling. The inclusion of larger, 17-inch alloys brings it closer to the model sold in markets abroad. Elsewhere, it gets other top-spec features like six airbags.

Unlike on the regular versions, there are two powertrain choices here: a 1-litre turbocharged petrol ‘EcoBoost’ and a 1.5-litre diesel. Power figures remain unchanged, at 123 bhp for the EcoBoost and 99 bhp for the latter.

In comparison, the EcoBoost-powered EcoSport Titanium+ costs Rs 9.69 lakh, while the corresponding diesel-engined variant costs Rs 9.99 lakh. All prices, including those of the Platinum Edition are ex-showroom, Delhi.