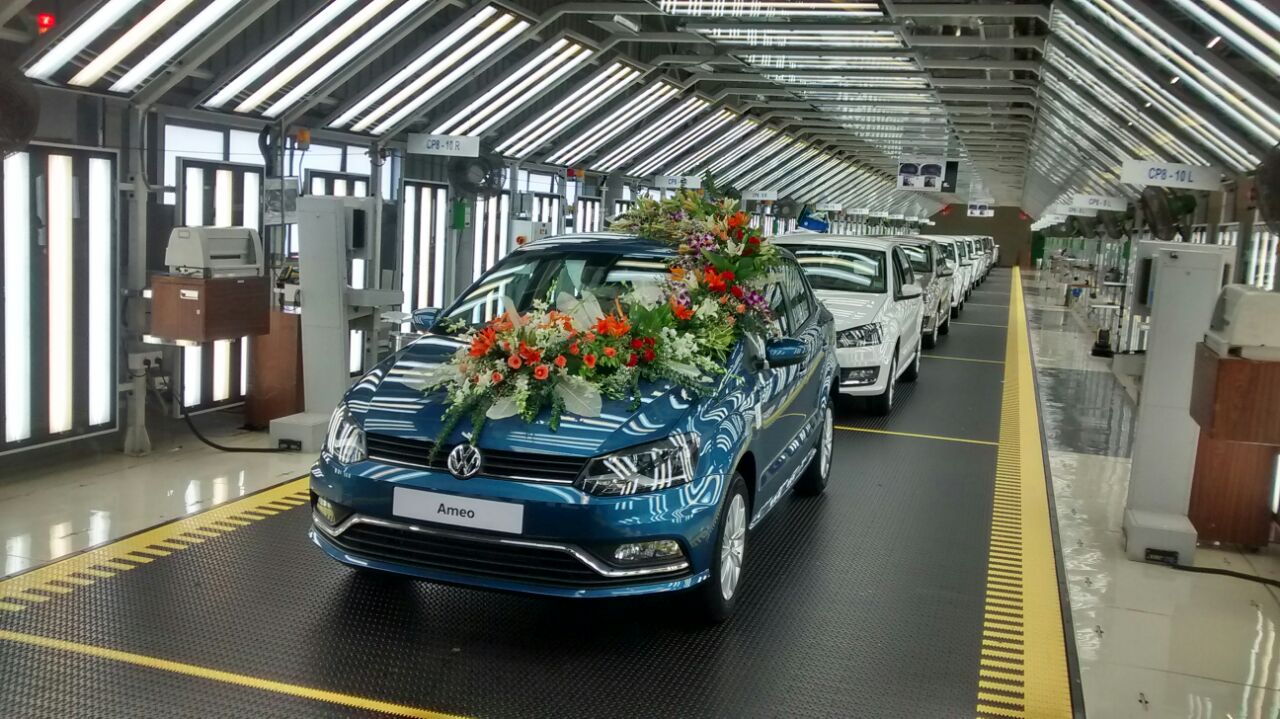 The first of the new compact sedan from Volkswagen, the Ameo, has rolled off the production line at the VW facility in Chakan. The first production example of the Ameo sports a ‘blue silk’ paintjob and a 1.2-litre, 3-cylinder petrol powerplant mated to a manual gearbox.

VW has invested Rs 720 crore in the development and production of its latest model, hoping to tap into the numbers that are generated by the sub-four-metre sedans. On the face of it, the Ameo looks to be a strong contender, with a long features list that includes a colour touchscreen infotainment system, cruise control, automatic wipers, static cornering lamps and standard safety features in the form of ABS and two airbags. However, what is puzzling is that the diesel engine won’t make it to showrooms until Diwali. This will be a new, improved version of the current 1.5 TDI with slightly more power, at 106 bhp. The powertrain options are also limited – the 1.2-litre petrol engine is mated to a 5-speed manual, and the diesel engine will later get a DSG automatic gearbox, the same unit that does duty in the TDI DSG Vento. However, unlike the Polo and Vento TSI, there will be no petrol automatic variant of the Ameo, which is a surprising move from the company – the automatic variants of the Polo have seen success in metros.

Pricing for the Ameo will be announced closer to the launch, but expect it to offer excellent value for money and follow the current trend of variants in the Polo and Vento model lines.