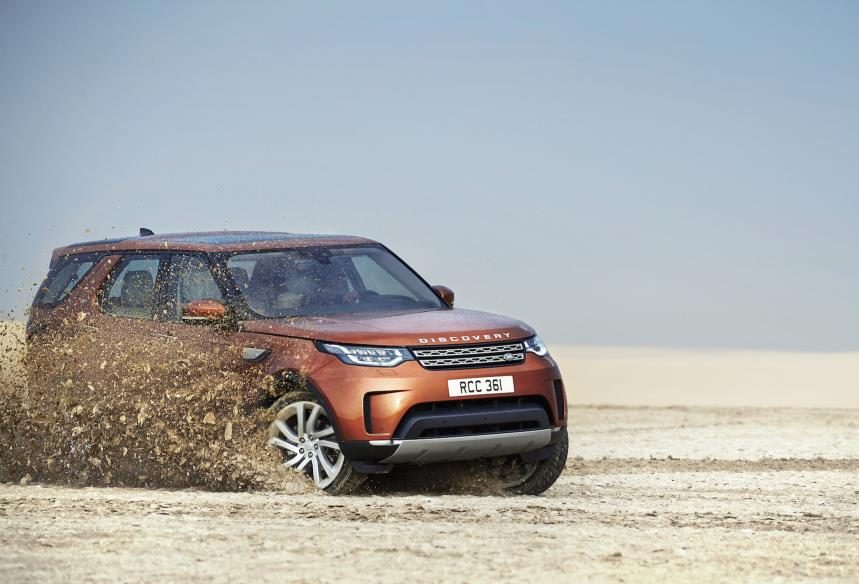 The Discovery was never a looker (except for us fans who adored its purposeful look) and the new one isn’t beautiful by any means. But while the move away from the utilitarian appearance might make you question its position, it’s a very different monster underneath, thankfully with all its off-road-orientated approach intact. Let’s take a look at what’s possibly the 2016 Paris Motor Show’s off-road star.

Lighter by up to 480 kilos, the fifth generation, all aluminium Discovery gets the basics right: it still has the stepped roof, it can tow up to 3,500 kilos, sits higher than before at 283mm, can water through water 900mm deep… need we say more?

Approach angle is said to be 34 degrees, departure 30 degrees, and break-over angle 27.5 degrees. Apart from the Terrain Response System 2, there’s the two-speed transfer box, which also lets you choose between high and low ratios at speeds up to 60km/h.

Oh yes, it has air suspension, and the seven seats can be configured using Intelligent Seat Fold tech — from your smartphone! And keeping the mobile-phone generation in mind, there are nine USB ports, four charging points, and a Wi-Fi hotspot that lets you connect up to eight devices. And there’s also an ‘Activity Key’ wristband which allows you to lock/unlock your car with keys inside.

Sadly it doesn’t yet respond to Batman’s belt…

It goes on sale in the UK next year, and an India arrival should happen much around the same time. Prices (excluding import duties) start at £43,495.