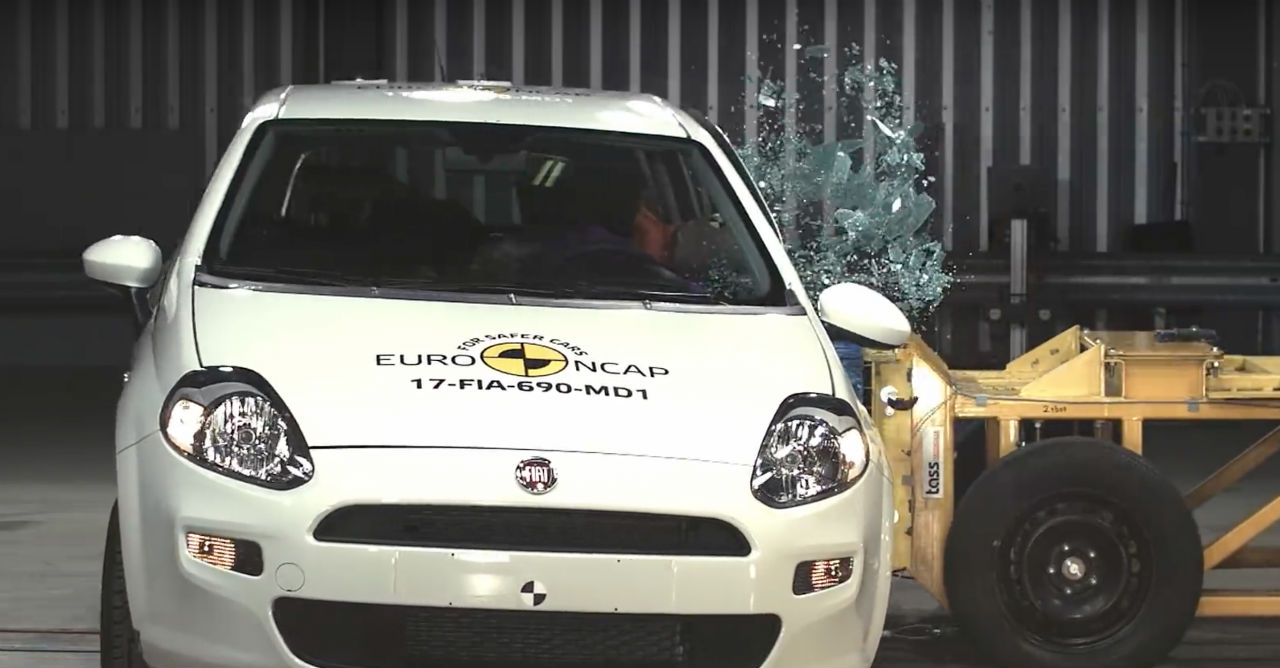 Why are we talking about a car which is more than a decade old? Because it’s still on sale. And why are we talking about its safety credentials? Because, well, since you can buy a new one, you need to know if it’s safe or not. The Fiat Punto, otherwise known as one of the best driver’s cars in the segment but with little market presence, is back in the spotlight, with a new Euro NCAP test (valid for most RHD and LHD models) showcasing the car’s age. The question is whether you should just look at the headlines on social media, or you know, read between the, erm, stars.

To answer that, one has to look at how the Punto scored an industry-worst zero-star rating. And before your mind wanders and calls it an ‘unsafe tin can’, bringing it in the same category as the previous defaulters, here’s a little information from the safety agency.

The Punto’s meagre score is due to the lack of safety aids, and poor performance in certain areas (for both occupants and pedestrians) — newer tests which were certainly not a part of the 2005 rating when the car got a solid five stars. To start with, the passenger compartment of the Punto remained stable during impact. There’s good protection for the driver, while despite not having a knee airbag up front, the car still performs well in knee and femur protection.

Chest and whiplash protection for adult occupants is below average. For child occupant, things don’t look great, either, with poor or marginal scores in most tests. For pedestrians, though, it’s all good as long as his/her head is not hitting the bonnet. Because, unsurprisingly, there’s no ‘active’ bonnet. The bumper offers good protection, nevertheless.

So has the Punto suddenly become unsafe? No! It certainly doesn’t provide as much safety as any other five-star-rated car from its segment. But at the same time, it can’t be placed next to the weak ones sitting at the bottom of the table. If you’re looking at a car in the segment, please make it a point to read the official analysis from the safety agency (Global NCAP, Euro NCAP, Latin NCAP, ANCAP, etcetera). The thumb rule says that the number of stars is directly proportional to the safety offered by the car. But at the same time, something as small as an airbag indicator (the lack of one, actually) can cause a reduction in the final rating.

It would have been ideal had Fiat updated the Punto regularly. Because no matter how old it is, the car still manages to garner interest from a lot of buyers. It’s also one of the last cars to be offered with a hydraulic power-assisted steering. And if you’re looking at the Abarth, then there’s the lovely 1.4-litre turbocharged petrol engine, devoid of any electronic nannies, keeping things lively. All said and done, old cars need to exit gracefully, but it’s sad that the Punto might not be able to do that now.