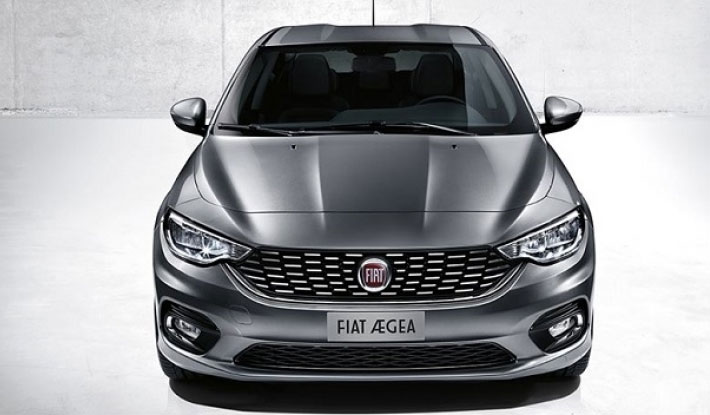 The Fiat Linea has been a very successful car in certain markets for Fiat, and one of those markets is Turkey. As such, the Italian company has unveiled the successor to the Linea at the Istanbul auto show. It is called the Aegea, and it is quite possibly the best-looking compact sedan in its segment.It has been styled at the FCA Style and Centre in Italy and will be manufactured at Fiat’s factory in Bursa, Turkey. It will be exported to over forty countries from there.

The car is an exceedingly good-looking one, with just the right amount of aggression in design. It begins with the headlamps that have a very BMW-ish frowning quality about them mixed with the chrome accents on the grille that remind us of the Mercedes A-Class’s Diamond Grille. The power bump on the hood is an interesting detail made infinitely better by the ‘double-bubble’ roof which inverts the hood’s bulge. The rear sports a stubby boot with C-shaped tail-lamps and a number of horizontal creases that make it look a little busy.

The Aegea is 4.5 metres long, 1.78 metres wide, 1.48 metres high and the wheelbase is 2.64 metres. That wheelbase figure longer than all the cars in the current segment except for the Maruti Suzuki Ciaz, which bodes well for interior space. Boot space stands at 510 litres, on par with the best in the segment in India. Two engines each powered by petrol and diesel whose power outputs range from 94 to 118 bhp. The most efficient engine will return a fuel efficiency figure of 25 kpl. The features list is impressive, with a Uconnect infotainment system with a 5-inch touchscreen display front and centre.It addition to the now-standard connectivity options, it also supports satellite navigation, a text reader and voice recognition. Steering-mounted audio controls are present, as is a rear-view camera.

It is too early to say definitively whether the Aegea will make it to India, but an educated guess is yes, it will – it is a Linea replacement and as such will eventually make it to all the markets the the latter is sold in. The only question is whether those engines will make it here. We’re getting used to a diet of more power or less weight, neither of which is the current Fiat’s forte, although it remains one of the more enjoyable ones to drive. We’re also not sure if the Indian market will take well to a name with a diphthong in it! The Aegea will go on sale in Turkey by the end of the calendar year. If it makes it to India, a good time for it to go on sale will be the festive season in 2016.