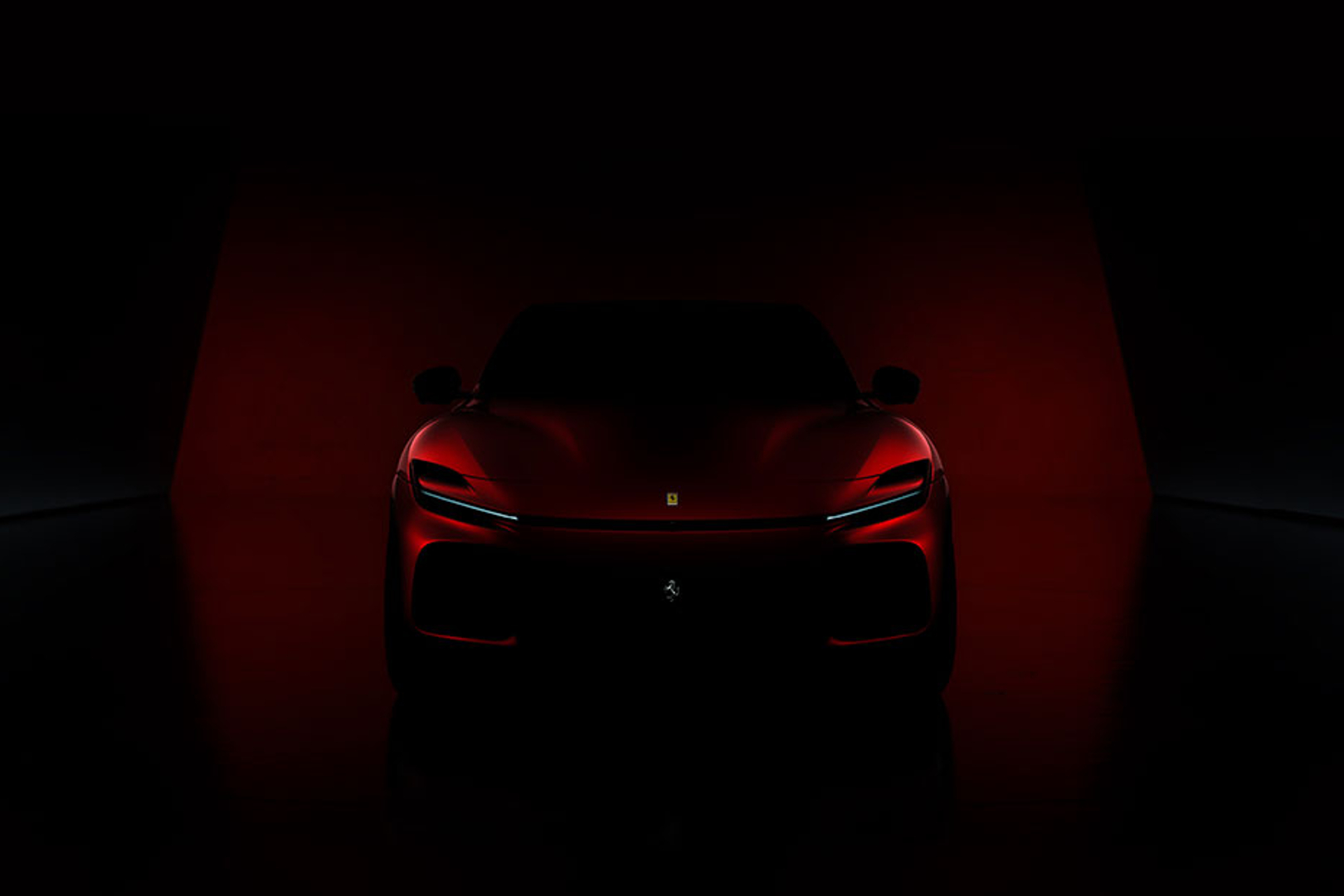 For quite some time, Ferrari has been working on its first-ever SUV. Several times, the Ferrari SUV has been spotted in the process of being tested. The first official teaser of the new SUV, dubbed Purosangue, has been revealed by the Italian supercar manufacturer. The new Ferrari Purosangue will be a four-door SUV that will be unveiled later this year.

The teaser image shows very little specifics in terms of style, but it does expose the split headlamp system inspired by the SF90 supercar. A muscular bonnet, massive air intakes on the front bumpers, and sleek LED DRLs in the centre are also shown in the image. A few photographs of the exterior of the Purosangue were posted online earlier this year.

The powertrain parameters for the forthcoming Purosangue have yet to be confirmed by Ferrari. The SUV is most likely to have either the twin-turbo V6 with an electric motor from the 296GTB, which produces 819 bhp, or the hybrid twin-turbo V8 from the SF90 Stradale, which produces 1000 bhp. Even the 6.5-litre naturally-aspirated V12 from the 812 Superfast is reportedly being considered. Ferrari says that the car’s ‘bloodline can be traced back through our 75-year history of innovation, evolution, and uncompromising performance.’ That’s definitely something to look forward to!