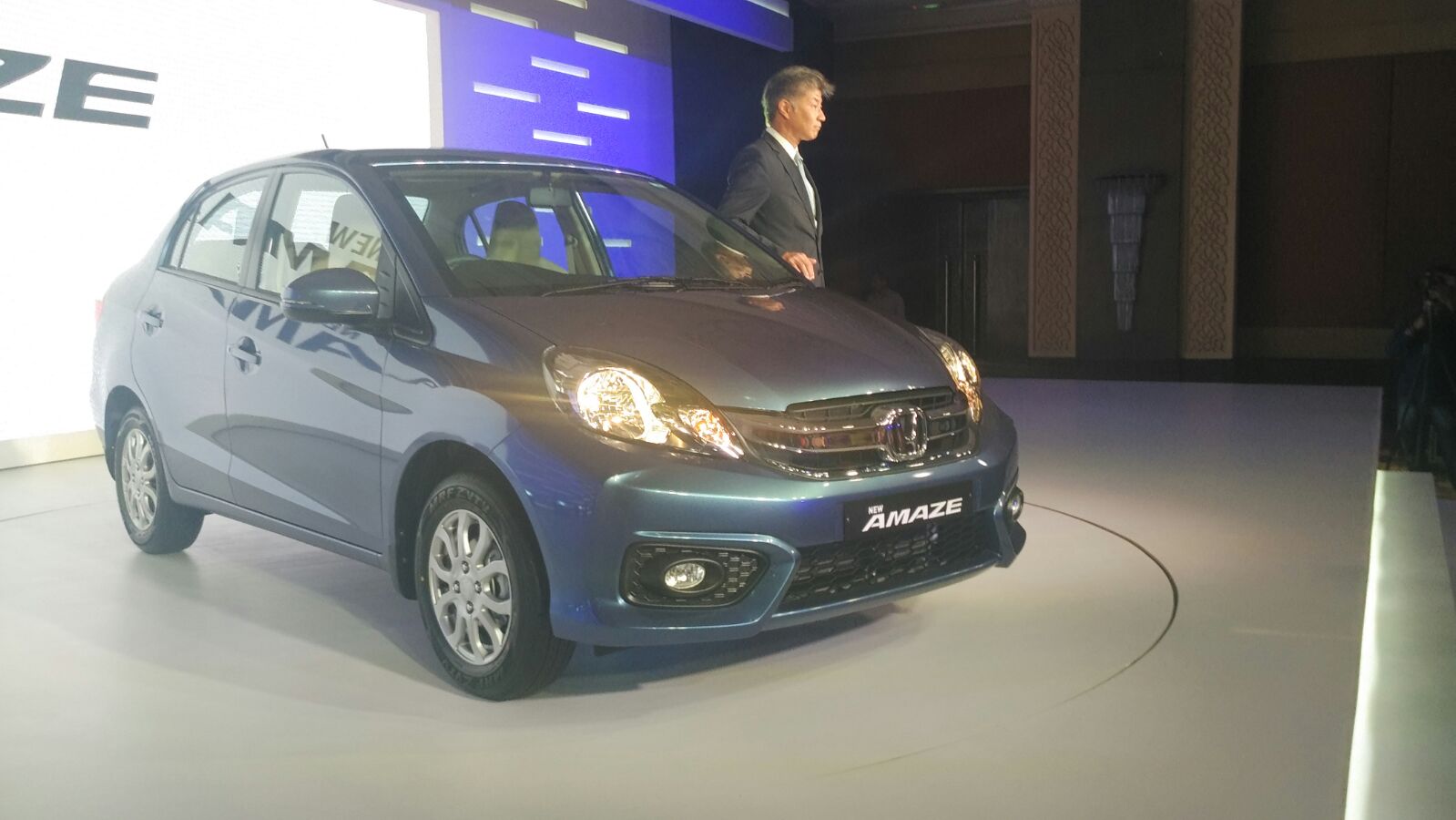 The Honda Amaze has got a mild facelift and a new Continuously Variable Transmission (CVT) for the 1.2-liter i-VTEC petrol. An automatic option for the Amaze is not in itself something new, since the 1.2-liter petrol was earlier offered with a five-speed Torque Convertor automatic. The new automatic is available in two trim levels, S and VX for Rs 7.19 lakh and 8.19 lakh respectively. While the prices for the manual start from Rs 5.29 Lakh for E variant to Rs 7.19 Lakh for the VX. The 1.5-liter diesel is also available from Rs 6.41 Lakh for the base E variant to Rs 8.19 Lakh for the VX variant. All prices are ex-showroom, Delhi.

While the exterior gets new fog lamp surrounds  and redesigned tail lamps, the interior gets a more thorough overhaul.

The dashboard has been redesigned to align it with that of the Mobilo and upcoming BR-V. The ungainly rotary knobs for the air-conditioner of the pre-facelift Amaze is gone and the new Amaze instead gets a digital readout with buttons for controlling the climate control system. The central panel also been rearranged with a new piano black finish and the AC-vents moved up freeing up the space for the entertainment system.

Instead of instrument console divided into three separated pods, the facelifted Amaze gets a redesigned instrument cluster with all the dials in the same instrument binnacle and an improved Multi Information Display (MFD).

With the CVT gearbox the 1.2-liter petrol produces 88.8 bhp against 87 bhp for the manual version and the torque figures increase to 11.2 kgm for the CVT vis-a-vis 11.1 kgm for the manual. The power figure for the 1.5-liter remains unchanged from the prefacelift version with 99 bhp and 20.4 kgm.