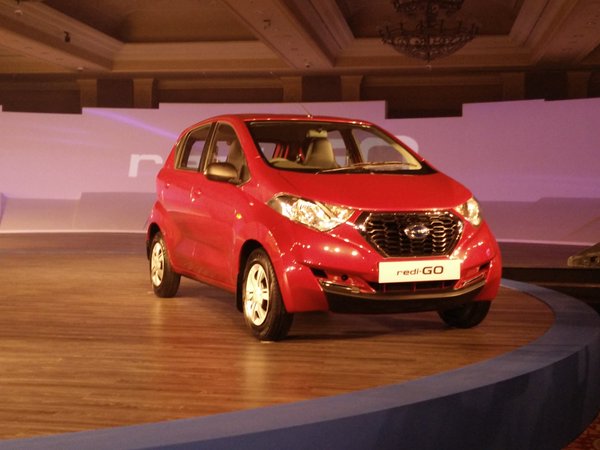 Nissan has revealed the latest model from its range, and it is the RediGo, a crossover-type hatchback that is constructed on a new platform.

The previous two models, the Go and Go+, were hatchbacks derived from the Nissan Micra and as such shared more than a few components with it, including the 1.2-litre, three-cylinder petrol engine. The RediGo is derived from a more modern platform, the one that underpins the Renault Kwid, and as such is powered by an identical engine, a three-pot 800 cc petrol mill mated to a five-speed manual gearbox that drives the front wheels. The RediGo is 3430 mm long, 1650 mm wide and 1540 mm tall. It sits higher than the Kwid and ground clearance is 185 mm. There seems to be a little more space, especially in the rear, compared to the Kwid.

On the features front, you get air-conditioning and an audio player but nothing fancy like a touchscreen, like in the Kwid. This is probably to cement its place as the even more reasonably priced alternative to the Renault – an interesting proposition, since the market already finds the Kwid enough value for money to brave the Renault dealers’ less-than-stellar service.

Bookings for the RediGo will be accepted at your local Nissan/Datsun dealer from May 1 onwards, and deliveries begin on the first of June this year.