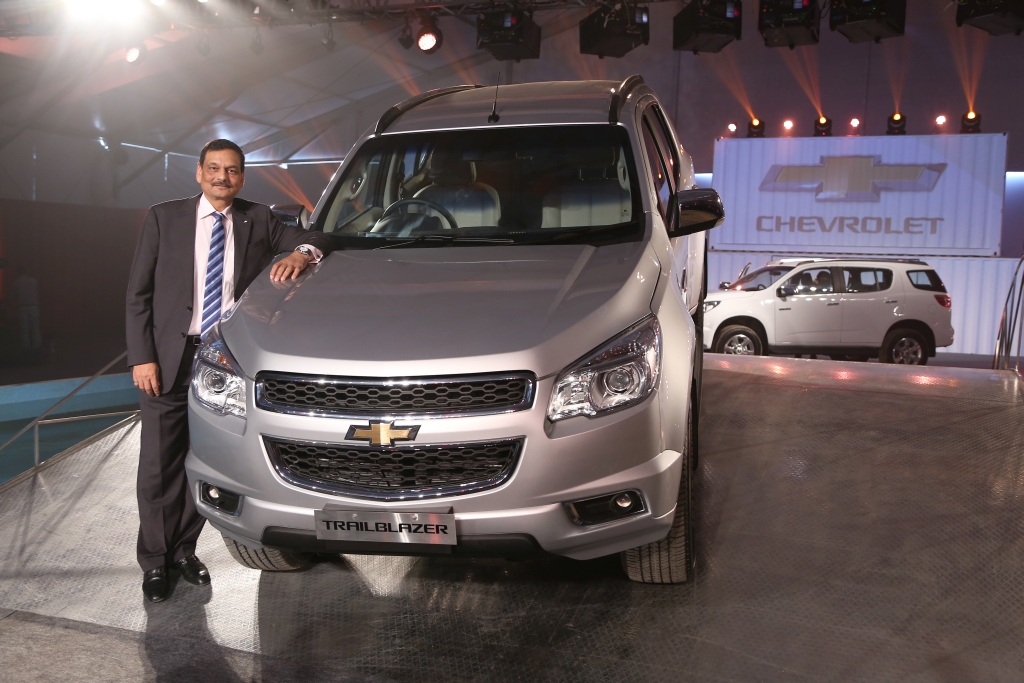 Chevrolet has launched the Trailblazer, its SUV that competes with the Toyota Fortuner and Ford Endeavour, at Rs 26.4 lakh onwards. The company has opted for booking to open on popular e-commerce site Amazon.in.
There is only one variant on sale at the moment, the 2WD automatic with 197 bhp and 51 kgm that puts its power down to the rear wheels through a six-speed slushbox. The 2.8-litre four-cylinder common-rail diesel employs water cooling for the turbo and its housing to help achieve reliability despite these figures. It offers 11.45 kpl as per the ARAI testing cycle. In the features list are the Chevrolet MyLink infotainment system that employs a 7-inch touchscreen head unit, and if you use an iPhone, Siri Eyes Free. The company also claims that its projector fog lamps are first in class. The Trailblazer will be available in just three colours initially: white, black and silver.
The online bookings are open until tomorrow, the 25th of October, for an amount of Rs 25,000. The vehicle is also available through the conventional route – Chevrolet dealers.