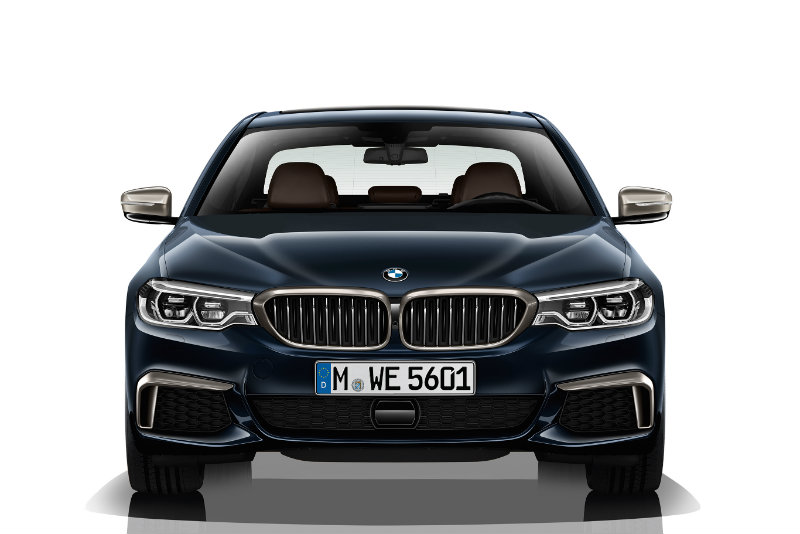 BMW has gone ahead to make what it claims to be the most powerful automotive-orientated six-cylinder diesel engine in the world. In conjunction with four turbochargers, the 3-litre engine makes 394 bhp and 77.5 kgm. It debuts in the BMW 550d xDrive, which, as the name suggests, gets all-wheel drive (but with rear-wheel orientation, says BMW; thankfully!) and M Sports goodies.

So why should you, as a BMW fan, be bothered?

Because: BMW is synonymous with straight-six engines, and this one ticks almost all the boxes. Right, it’s a diesel, and it uses turbos – four of them – but it also promises to offer great real-world performance, as far as non-M cars go.

To be available in both Sedan and Touring versions in select markets, the M550d xDrive also gets an M sports suspension, active steering, aero package, 19-inch wheels with 245-section tyres up front and 275 mm wide ones at the back, etc.

Environment-conscious will be happy to know that the EU6-compliant engine emits just 154 g/km of CO2. The saloon’s claimed fuel economy of 16.9 kpl (the estate is rated at 16.12 kpl) ensures that the sports-car-like performance won’t really burn hole in the owner’s pocket. Or the ozone, for that matter.

The car goes on sale in Germany (BMW’s domestic market) in about two months. Fancy one in India? Guess it’s time to write those long emails to BMW, then.