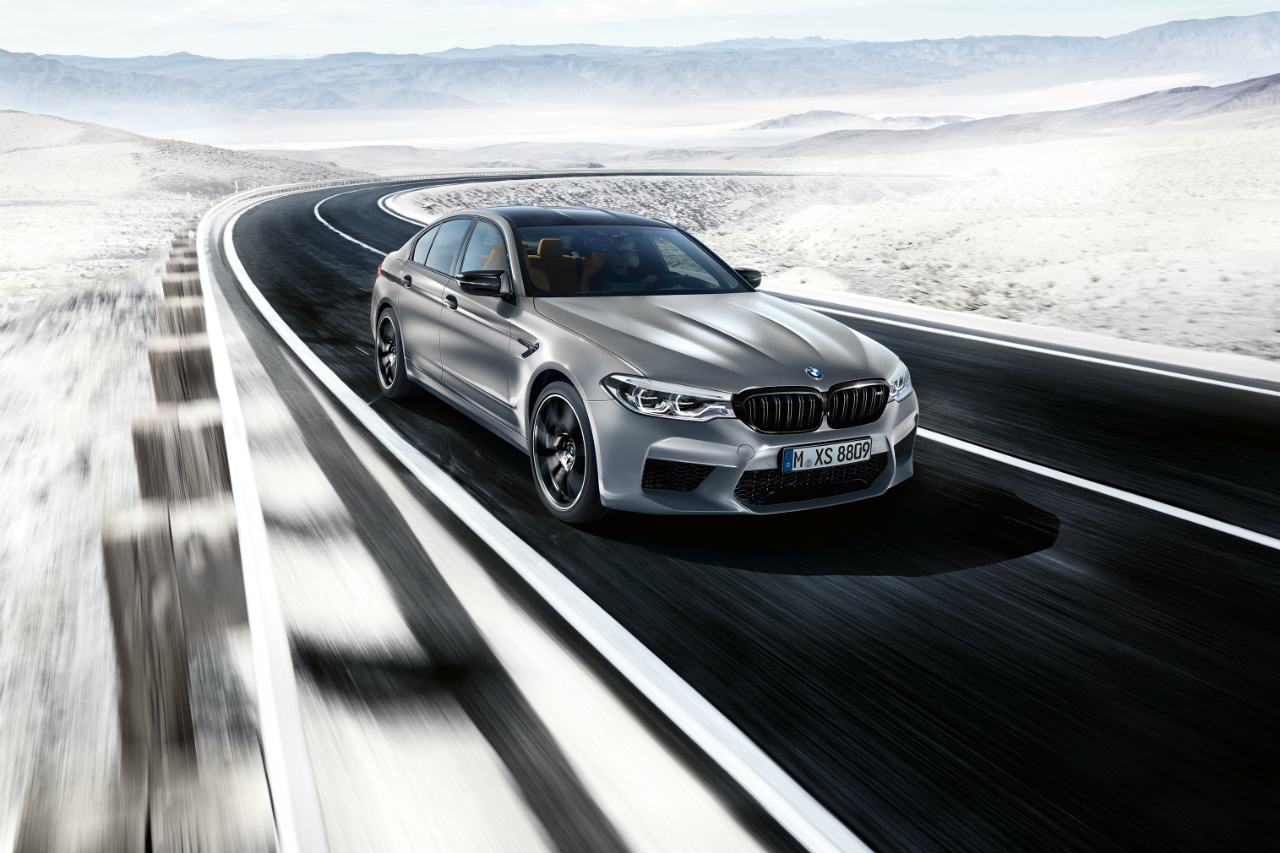 It’s not like the ‘regular’ BMW M5 is any less powerful, but BMW isn’t clearly complacent about that. So after a bit of fettling (what wasn’t broken in the first place), the BMW M5 Competition becomes a reality. With it, BMW not just shows that it can go a fair bit more in creating a more-potent super saloon, the company also takes its rivalry with the Mercedes-AMG a bit more seriously. After all the Mercedes-AMG E 63 S had a slight power advantage on the M5. Until now, that is.

The BMW M5 Competition benefits from a power increment, new engine mounts, lower ride height (by 7 mm), tweaked suspension, new Y-spoke 20-inch alloys, among other things. It’s not visually unchanged, either. BMW has included the high-gloss Shadow Line trim, and high-gloss black treatment for rear spoiler and M5 badge. The instrument cluster also gets an ‘M Competition’ graphics theme on start up, while the seat belts and floor mats get the M GmbH colours. 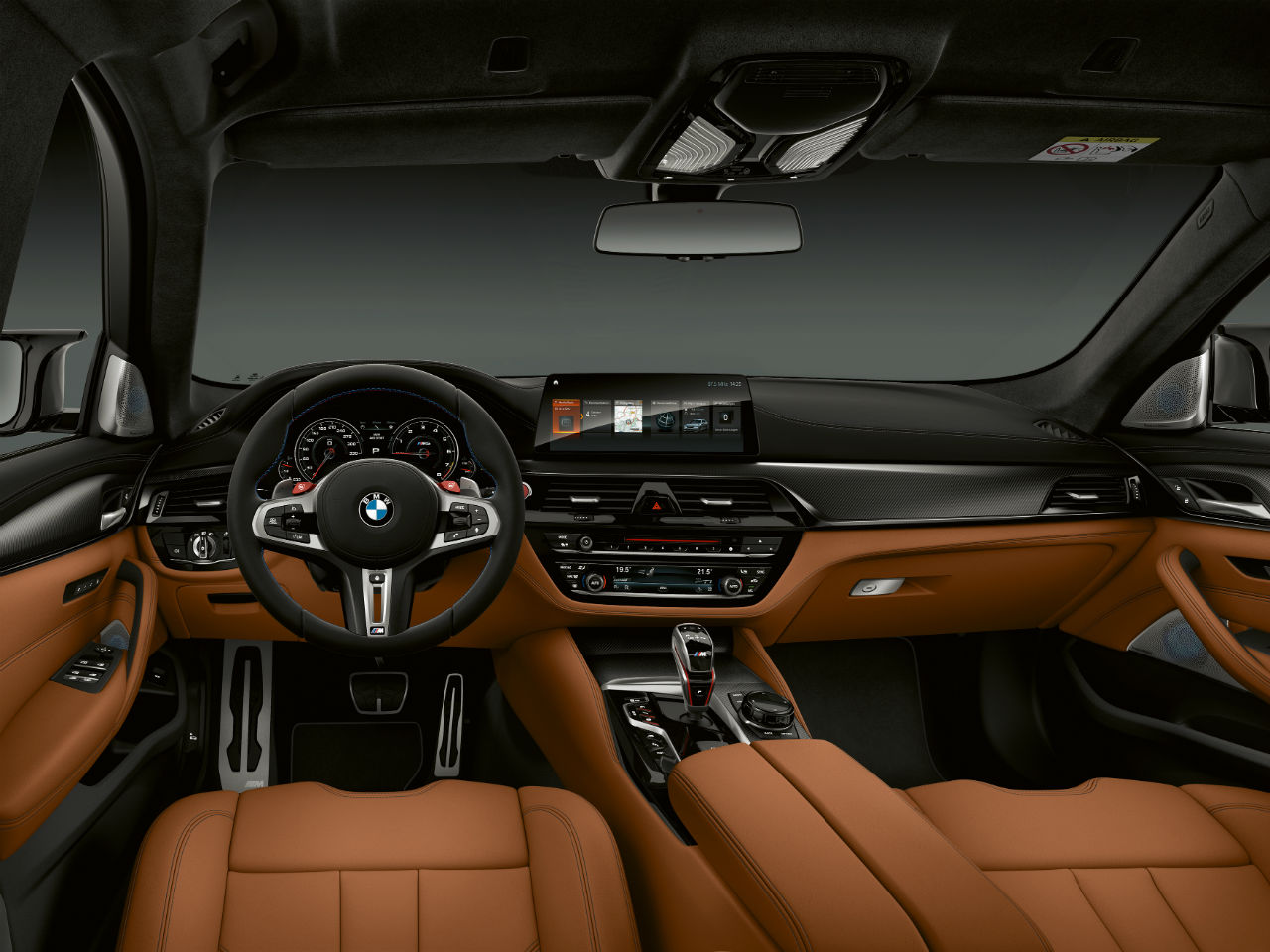 The 4.4-litre turbocharged V8 now makes 617 bhp@6000 rpm and 76.5 kgm@1800-5800 rpm (wider band than in the standard M5). It comes mated to an eight-speed gearbox, which sends power to all four wheels via the M xDrive system. Like in case of the M5, the electronic nannies can be sent home for a pure rear-wheel-drive layout, if you’re feeling brave. 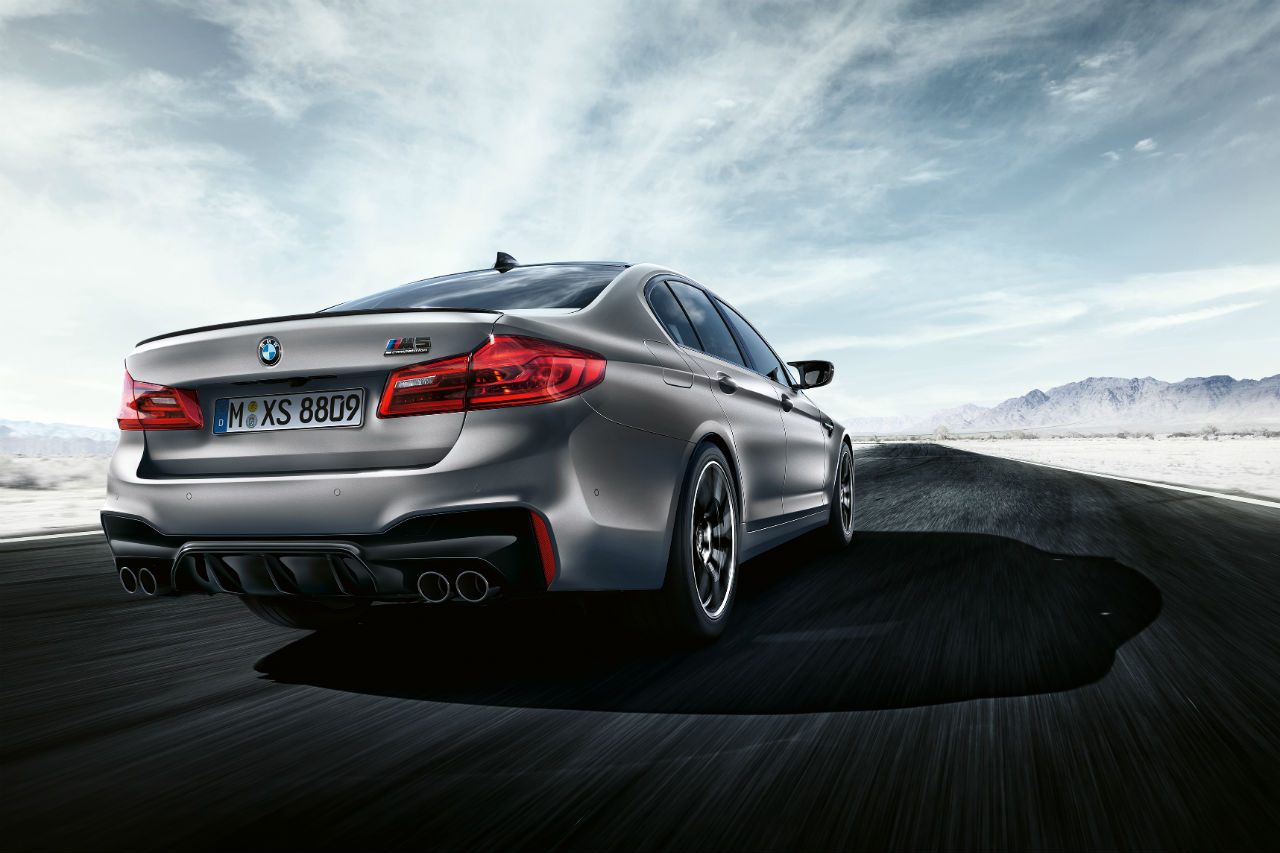 This is possibly the most potent BMW M5, barring the never-launched E60-based M5 CSL. The F90-based car can do 0-100 kph in 3.3 seconds while the 0-200 kph is achieved in just 10.8 seconds. With the launch of the M5 Competition, the company also states that from now onwards, such more-focussed variants will exist as standalone models.