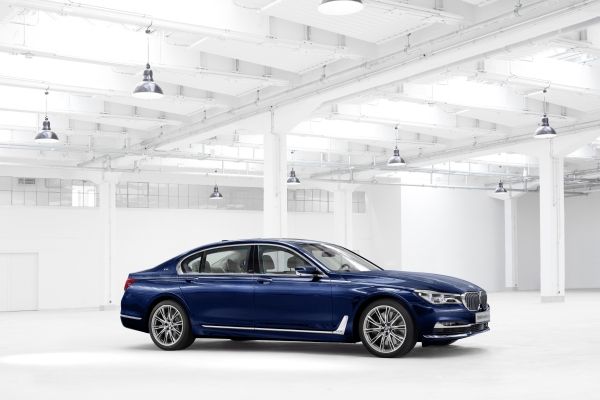 BMW recently celebrated its hundredth anniversary, and while they had already shown us a futuristic shape-shifting BMW VISION NEXT 100 concept, you cant really let our hundredth birthday slide past without a few special editions, can you?

To that end, BMW has created a 7 series special edition, rather elaborately called ‘BMW Individual 7 Series THE NEXT 100 YEARS’. The hundredth anniversary BMW gets a special Centennial Blue paintjob, panaromic sun roof, Merino leather in ‘Smoke White’ and a celebratory insignia etched on the wood. Together with the car, one also gets a Montblanc fountain pen called the Centennial, designed specially for BMW.

The car itself is limited to just a 100 examples and one can choose among three engine options for the Next 100 Years 7 Series, the hybrid 740Le, the 750Li and M760Li. Considering the fact that in the next 100 years, we are going to see more hybrids and pure-electric vehicles, it makes sense to go for the 602 bhp twin-turbo V12. Just get used to saying that its called the “BMW Individual M760i xDrive Model V12 Excellence THE NEXT 100 YEARS”