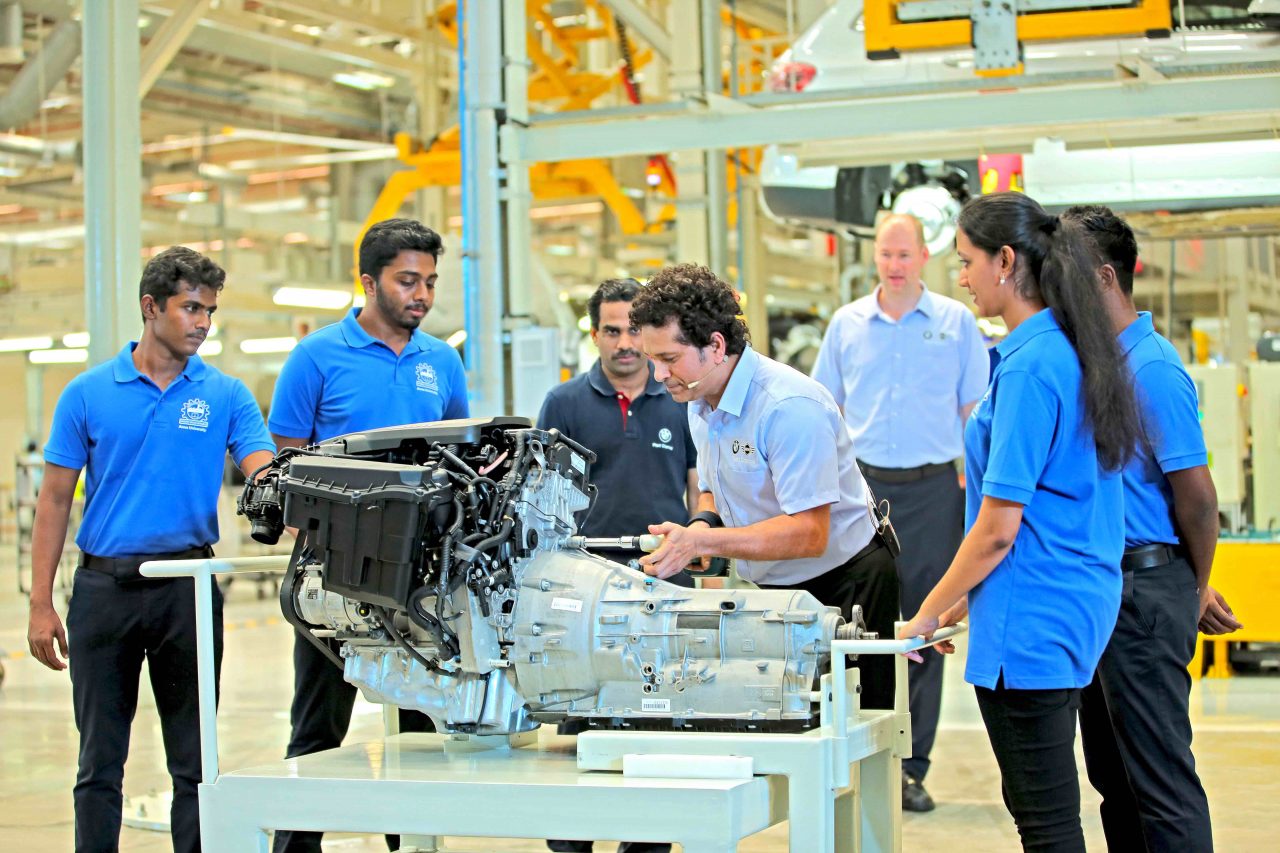 India has been one of the largest auto industries in the world. It’s also a prominent automotive exporter with strong growth in the near future. So, it becomes very important for budding engineering and technical students to be well-versed with modern technology here. BMW India has done its bit to help them by launching a technical skilling initiative called ‘SKILL NEXT’. The training programme commences on the same date when BMW India completes 11 years of manufacturing at its Chennai-based facility.

Under this initiative, the German carmaker will supply 365 engine and transmission units to colleges and institutes for learning and training at no cost. These units are the ones affected by the extreme rains that Chennai endured in the past. The affected units were no more up to the mark as per BMW’s quality standards. The company struck a deal with Bharti AXA General Insurance company who had insured the parts to rather have these affected units supplied to colleges and institutes for educational purposes. The units will be distributed on first-come-first-serve basis, after the required formalities are completed. The engine and transmission units will be delivered by BMW directly to the premises of the engineering colleges, Industrial training institutes or polytechnics before the end of this year.

Lastly, once the units are delivered to the respective destination, a ‘Train the Trainer’ module will be devised by BMW, where 40 aftersales Master Technicians will conduct workshops at BMW dealerships for the institutes. The workshops will comprise classroom sessions as well as hands-on practical sessions using detailed training materials.

Vikram Pawah, President of BMW Group India, said “The luxury automotive segment in India has witnessed tremendous growth in the last decade and with the growing number of cars on road, there is a high requirement of good technical talent in the industry. ‘SKILL NEXT»’, will strongly promote the development of technical competencies in students across the country by enhancing their practical knowledge of advanced automotive technology. This initiative will also contribute to increasing the availability of skilled technical staff required at automotive dealerships in India.”