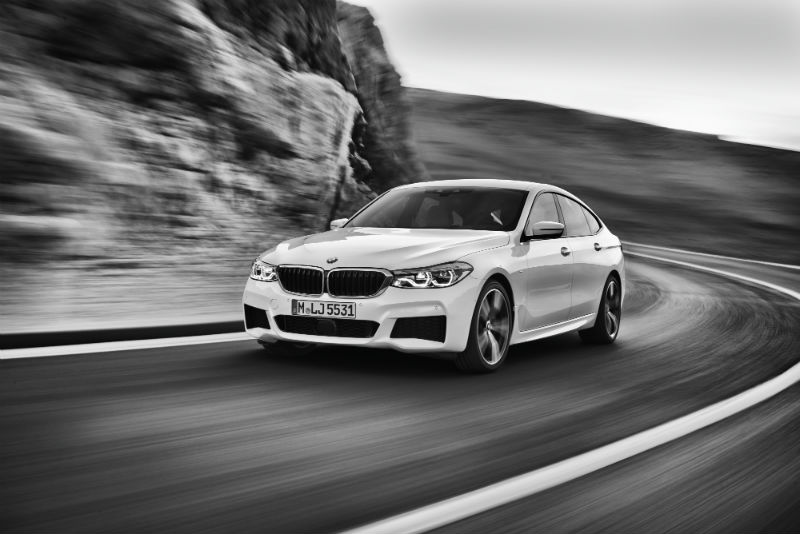 The GT-branded BMWs haven’t been too kind to the eyes, but they offer more practicality than their saloon derivatives, without having to take the estate route. The latest one, called the BMW 6 Series GT (codename G32), is a step up from the 5 Series GT, and is all set to join the line-up later in the year (in certain markets).

With the 6 Series Coupe having made way for the upcoming 8 Series, it makes sense for the German carmaker to strengthen the line-up with newer, 5 Series-based models. The Gran Turismo, in this case, is a fitting inclusion. Apart from the intermediate body style, it’s lighter (by up to 150 kilos), has a low coefficient of drag (of just 0.25), and comes loaded with features.

Initially, the engine range will comprise two petrols (2-litre inline four, and 3-litre inline six) and a diesel (3-litre inline six). There will also be an optional all-wheel drive system (xDrive in BMW speak) on the two 3-litre engined variants. An eight-speed automatic gearbox will be standard fitment, too. The 5.09-metre-long vehicle gets self-levelling suspension at the rear, and the ground clearance can be increased by 20 mm or decreased by 10 mm, depending on how comfort-/handling-orientated you want your 6er GT to be.

And if you aren’t in the mood for either, there’s a host of semi-autonomous driving modes that promise to make long motorway and intra-city journeys safer and easier. Apart from the Active Cruise Control, there are multiple warning systems for imminent collisions, lane assist, and even optional Remote Parking.

On the inside, even with emphasis on comfort and ride quality, BMW continues to offer a centre console that’s slightly tilted towards the driver. Other bits and bobs that justify the car’s position in the segment are there, along with a raised seating position (oh, God, why?) and space for three at the rear. There’s a larger HUD, a 10.25-inch touchscreen panel, and the ability to control various functions on the infotainment system using gestures. The seats at the back are electrically adjustable, and there’s more headroom at the rear. The boot, too, is larger than before, at 610 litres, which can be increased to 1,800 litres.

The BMW 6 Series GT will be showcased to public at the Frankfurt International Motor Show (IAA) in September. A market launch is scheduled to take place in November, for certain regions. Given that the 3 Series GT has proven to be a success in the Indian market, the company might consider bringing the 6 GT, too. But before all that, the new 5 Series will be launched on the 29th of this month.