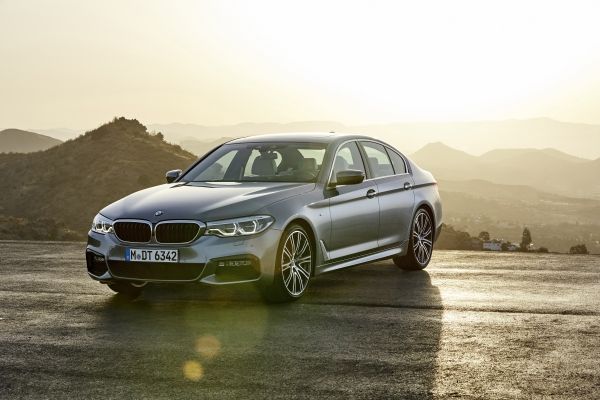 The seventh-generation BMW 5 Series (G30) will be launched in India on June 29, the company has announced in an official release. To be made available only in the saloon form here, the car, lighter by up to a 100 kilos than the outgoing F10 model, will get both petrol and diesel engine options.

Apart from the weight loss, the 5er is now more aerodynamic — with a coefficient of drag of just 0.22 — but is loaded with features. That’s essential, because the market has evolved a lot since the previous 5er appeared. The engine line-up is expected to comprise 2-litre base petrol and diesel units, while the more powerful 3-litre ones can be added at a later stage. The range-topping 550i and 550d might not make it to India, given their proximity to the upcoming (internationally) M5 — which will eventually be made available in India, too.

Just under 5 metres in length, the 5 Series also gets a good chunk of 7 Series-derived features, like gesture control, wireless charging, remote control parking, etc. Despite all of that, it’s expected to satiate the driver like no other car in the segment.

Final verdict will only be out once we get to experience one, but even with the base 530i (2-litre in-line four petrol) managing a 0-100 kph in 6.2 seconds, there’s a good reason to wait for the car. The 520d, on the other hand, can achieve the same in 7.7 seconds, which isn’t too bad, either. Especially if the latter only emits a little more than 100 g of CO2 per km, and consumes 4.1 litres of fuel for every hundred km it travels…