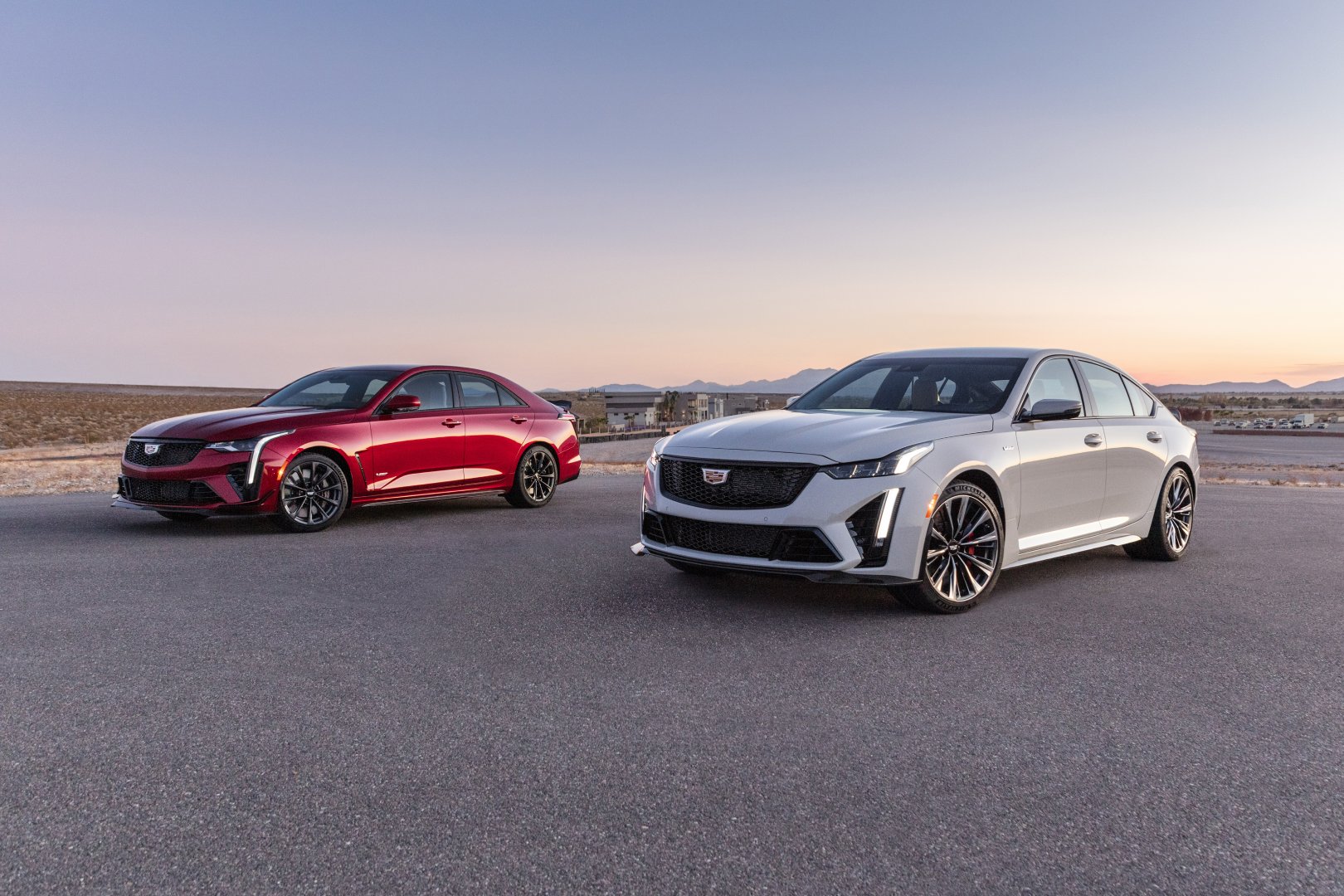 The Americans strike again! This time, they’ve taken the fairly simple CT4 executive sedan and plonked a 3.6-litre, twin-turbocharged, V6 engine which produces 466-bhp and 61.38-kgm of torque. The transmissions options include a six-speed manual and a 10-speed automatic gearbox. Moreover, 0-100 km/hr is said to come up in just 3.8 seconds, while the top speed is claimed to be over 300 km/hr.

Then there’s the CT5-V Blackwing, which comes with a 6.2-litre, supercharged V8 which produces 660-bhp and 91.11-kgm of torque. The gearbox options remain the same as the CT4-V, while top speed and 0-100 km/hr times vary only slightly. Cadillac has also equipped both these track-bias models with an electronic limited-slip rear differential, which now features a lighter-weight aluminium housing. Other improvements include better brakes and suspension setup.

Now, Cadillac isn’t really new to making this sort of vehicle. For example, CT4-V and CT5-V’s predecessors – ATS-V and CTS-V, respectively – also had bonkers engines in simple cars with a lot of visual and mechanical tweaks, to improve overall performance. But sadly, these two new models might be the last petrol-powered V-Series lineup. That’s because the focus of the brand will shift to a more electric approach.

Other than the aforementioned changes, both models get ‘Magnetic Ride Control 4.0’ with Blackwing-specific tuning, rear spoiler, front splitter, mid-body panels, rear diffuser, fender vents, rocker extensions and a whole lot more visual enhancements to reduce drag on both cars. On the inside, there’s the carbon fibre seatbacks, premium leathers and suede interior trim inserts. Cadillac has also thrown in an AKG audio system for the V-Series Blackwing models.