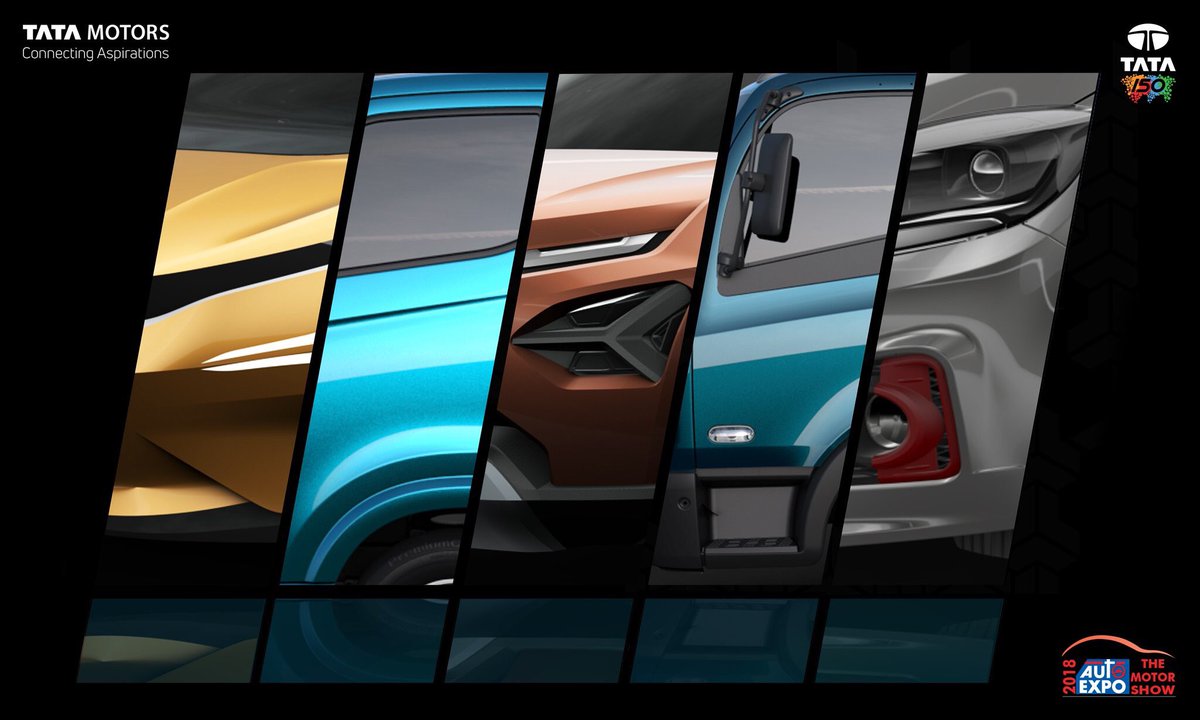 Finding its way back to large-volume segment successfully, Tata Motors has brought out commendable products recently. The company intends to continue riding on the wave, and its exhibit at the Auto Expo 2018 will take this forward. Known to have large displays, Tata will show five new products at the motor show. Three of these will be passenger vehicles. 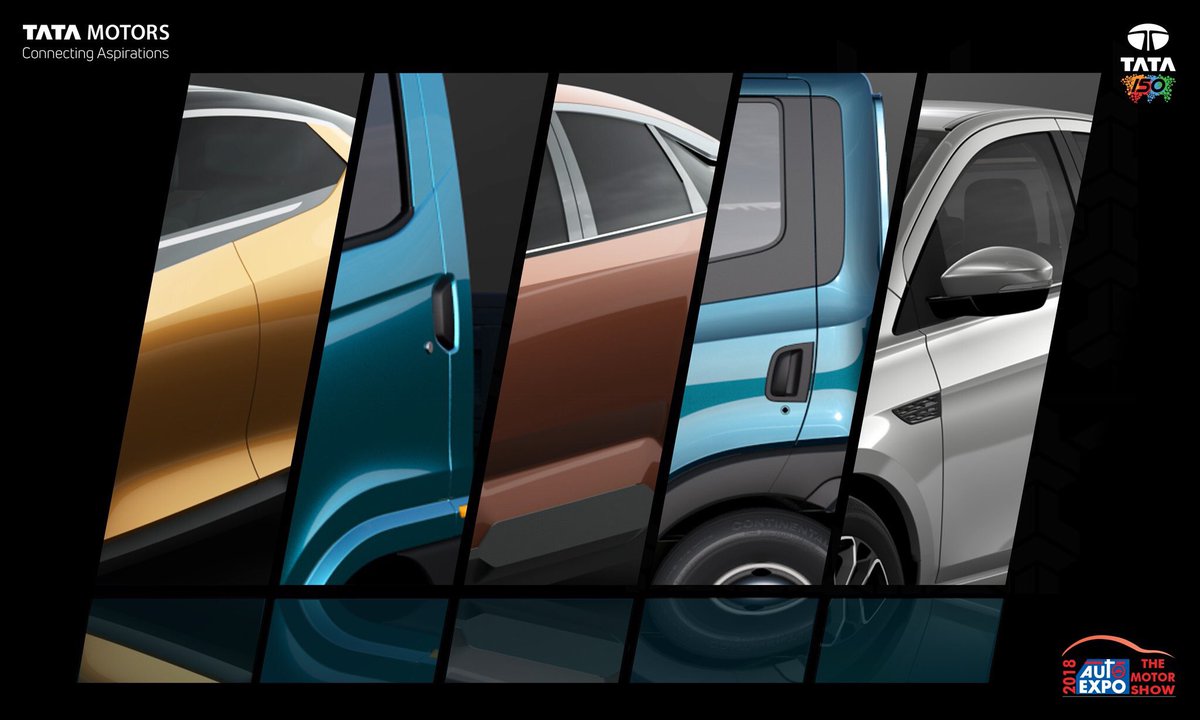 The most easily recognisable from the teaser shots is the Tigor Sport. The visible differences from the regular model include a black roof, new front bumper, a faux honeycomb fin on the front fender, and new wheels. Under the bonnet is expected to be a 1.2-litre turbocharged petrol engine, while brakes and suspension upgrades can’t be ruled out. First of the sporting compact saloons, then. It’s also the most production-ready of the three. 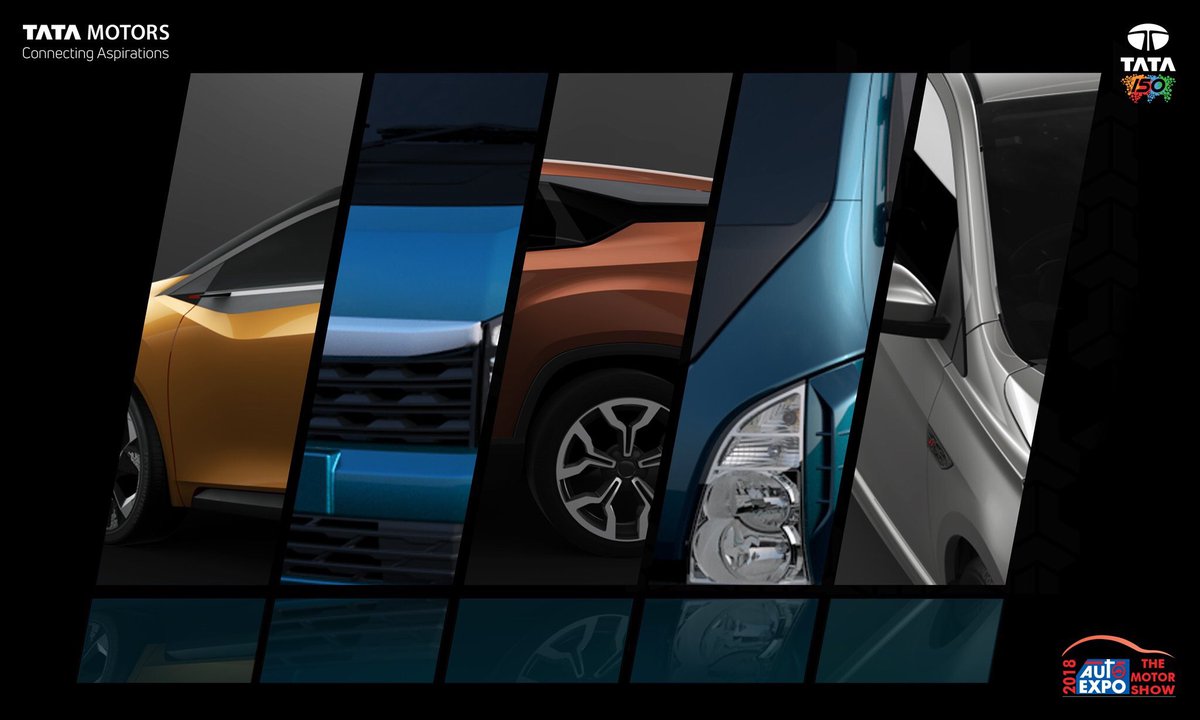 Tata Motors currently lacks an offering in the premium hatchback segment. It’s most likely to be filled by the X451 (codename, of course). Represented by the first model (from the left) in the teaser images shared by Tata, it’s clearly in a concept form. Sharp design elements, a sloping roofline, large wheels, and a highly raked rear windscreen are some of the features. Added bits like a character line extending possibly from the tail lamp to the rear door, use of bulges and lines make the design more interesting. By the looks of it, this will also showcase a lot from the company’s new design language, called Impact Design 2.0. 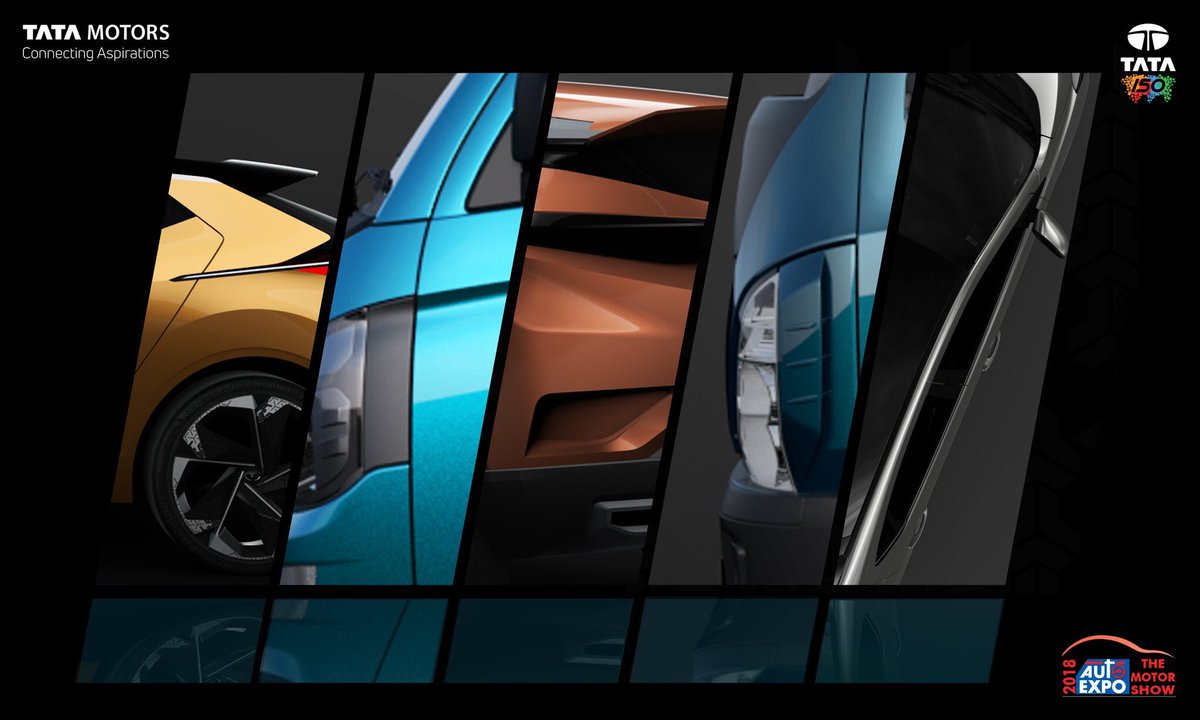 Number three on the list is quite the hugely awaited one. It’s the crossover SUV which has a Land Rover-derived platform. Also in concept form, it boasts an Evoque-like front-end, complete with the new Tri-Arrow design element (from Impact Design 2.0), a dual-tone bumper, squared wheel arches, wraparound rear windscreen, drastically sloping (for an SUV) roofline, and large wheels. Tata is expected to use the Fiat-sourced 2-litre diesel engine for this one.