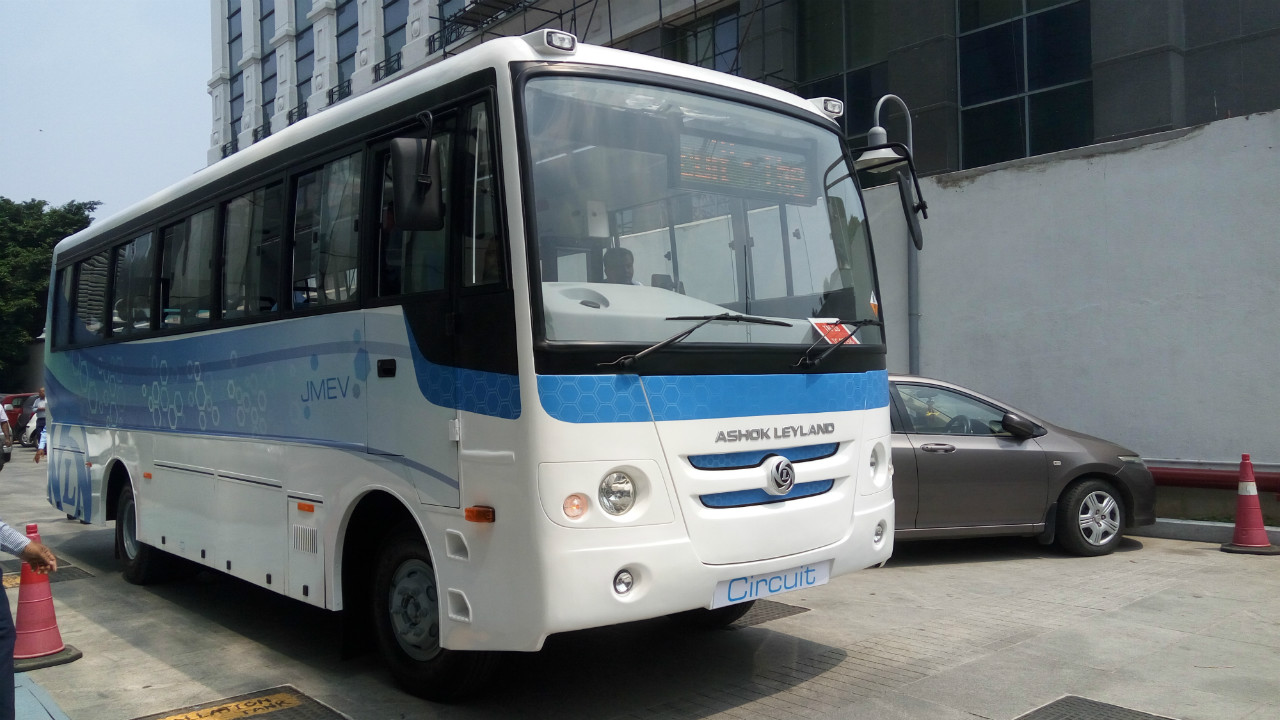 In a rather clever move, Ashok Leyland has launched an all-electric bus – called Circuit – in the small but fast growing 30-40 seater market. This is not the first bus in India to ditch fossil fuels though. Two years earlier, the JBM group had launched the Ecolife, a low-floor fully air-conditioned city bus.

The Circuit, on the other hand, is much simpler. With unremarkable exterior styling, non-airconditioned interior, high floor and conventional suspension, it is just like the thousands of buses used by colleges, IT companies, big corporations. etc. Power comes from a bank of lithium-ion batteries which can charged to 10 percent capacity in 15 mins, or fully charged in a little over three hours. The battery powers a 85kW (114 bhp) motor, and with a full charge, gives the bus a range of 120 km, enough for a bus being used for private transport.

Inside, the bus comes with some nice driver aids like a large display for the CCTV cameras, a separate display for the amount of range/charge left and other information. The bus also comes with on-board WiFi and 12 charging slots. (Hey, it’s not like there is a shortage of electricity, is it?)

However, the clincher, as with anything electric, is the price. The difference between this and a diesel Ashok Leyland bus is going to be ‘sizeable’, even after subsidies. Particularly since Ashok Leyland is, as of now, importing the batteries from USA and the production of the Circuit will be on a made-to-order basis.