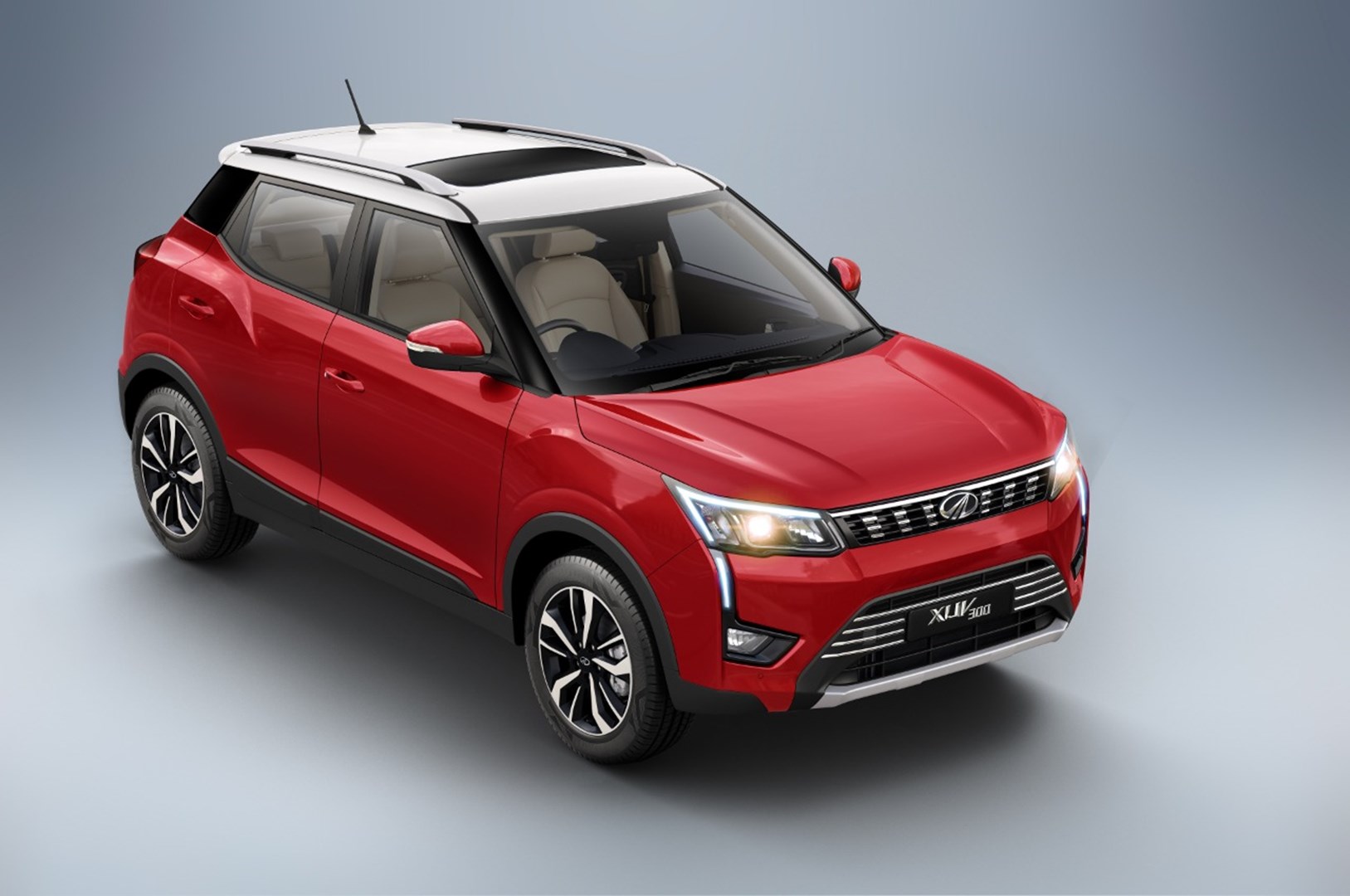 Mahindra has brought in a mechanical update to its XUV300 by providing an AMT gearbox for its 1.2-litre turbo petrol engine. For some reason, it was the 1.5-litre diesel engine that first got the AMT transmission.

This mechanical update does not bring any change to its engine’s performance. The 1.2-litre turbo petrol engine still produces 109 bhp and 20.39 kgm of torque. Apart from its AutoShift gearbox, the XUV300 also gets a 6-speed manual option. 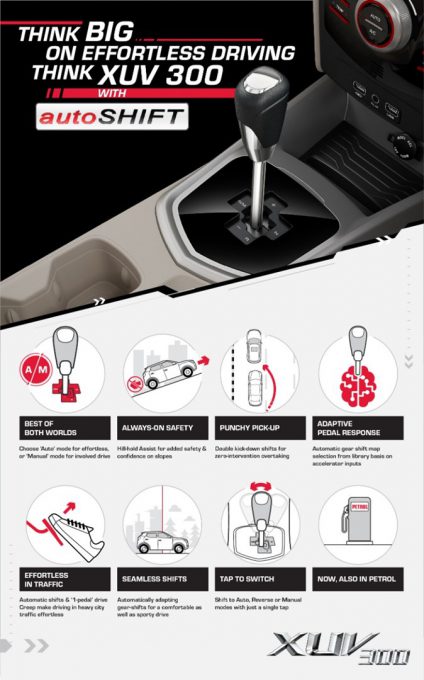 The AutoShift gearbox has a few nifty features up its sleeve. For instance, it gets manual mode, hill start assist, kick-down shifts, adaptive pedal response and tap-to-switch features. There’s a creep function that will enable the car to crawl at slow speeds when it is engaged in first gear or reverse gear. That can be handy considering how congested it can get driving in the city. On the visual side of things, it will see an addition of new dual-tone Red and Aquamarine colours on all W8 (O) AutoShift variants. Whereas, the mid-specs W6, W8 and W8 (O) variants will be offered in a new Galaxy Grey exterior colour shade. From W6 variant, both the automatic and manual, onwards, it will get an electric sunroof. Rest of the things on the XUV300 pretty much remains the same. 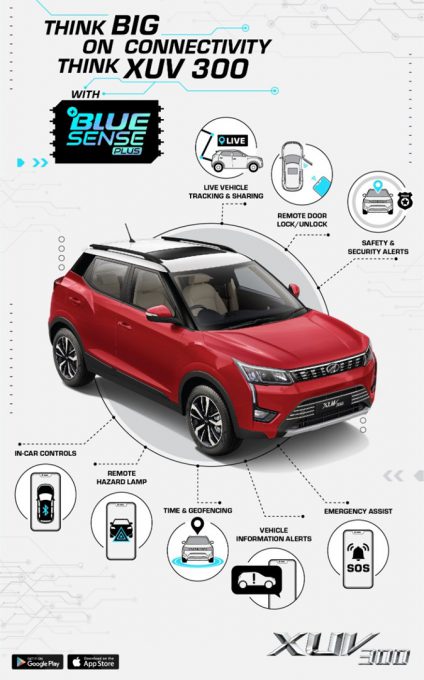 In addition to the AMT ‘box, the top-spec variant will also get Mahindra’s BlueSense Plus connected technology. This will allow the owner to have access to remote vehicle controls, location-based services, geo-fencing, vehicle information alerts, and in-car controls among others. This connected technology will be available for both Android and iOS users. As far as price is concerned, the automatic variant starts from Rs 9.4 lakh, ex-showroom, for the W6 variant.