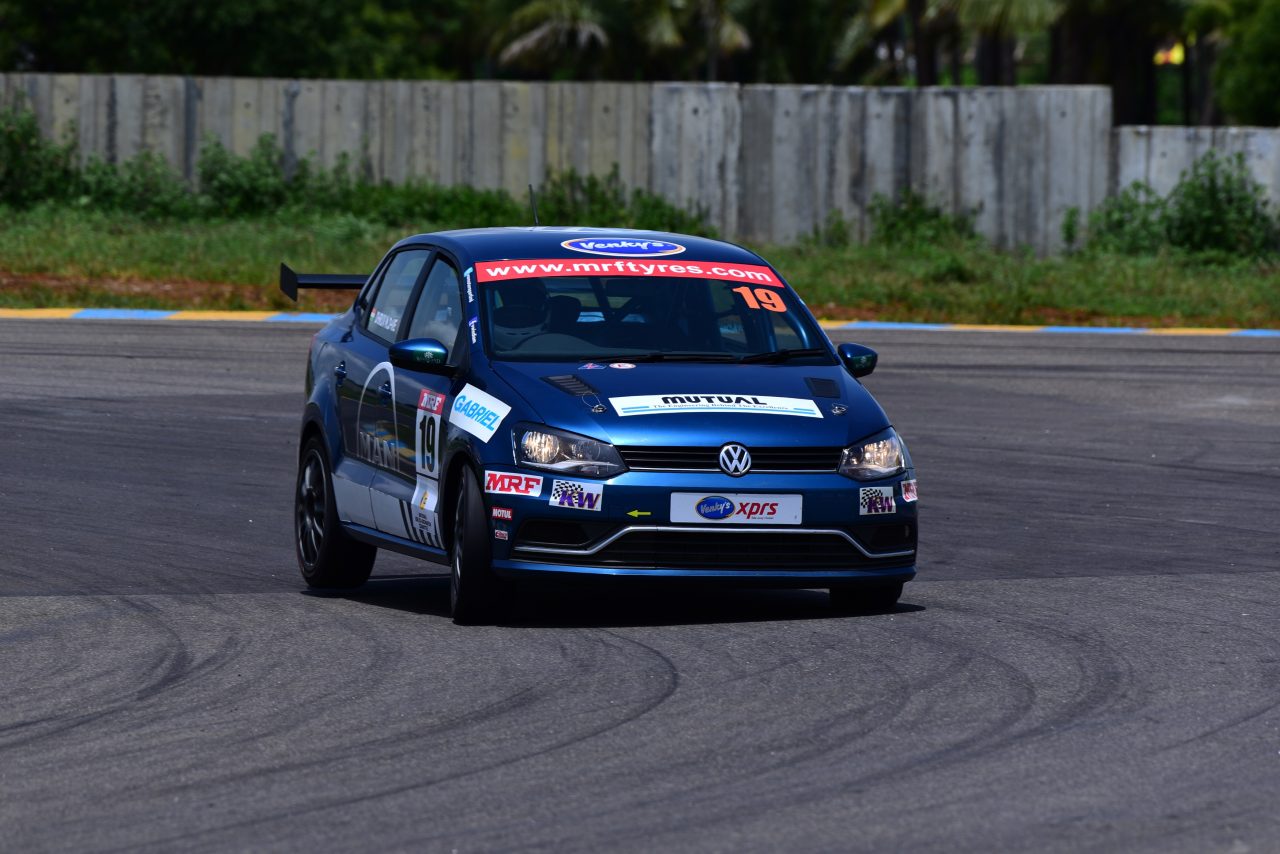 Volkswagen Motorsport completed the inaugural round of the VW Ameo Cup 2018 at Kari Motor Speedway in Coimbatore this weekend. During the two races conducted during the first round, the weather, fortunately, worked in favour of the competitors as the track remained dry for both the days. The first race had Dhruv Mohite from Kolhapur on pole position followed by Jeet Jhabakh from Hyderabad sharing the first row. The next row was occupied by Saurav Bandyopadhyay and Pratik Sonawane. Mohite set the fastest lap timing of 1:03:170 during qualifying for Race 1.

The start of the first race was quite spectacular. As the lights went out, Jhabakh managed to get a good start taking the lead from Mohite before entering the first corner. However, Mohite fought back and regained the lead in lap 5 which he held on it till the end of the race. In the second row, Sonawane was also off to a quick start allowing him to pass Bandopadhyay in the first lap. Eventually after putting enough pressure, Bandopadhyay managed to overtake Sonawane in the ninth lap bagging the second place.

Head of Volkswagen Motorsport India, Sirish Vissa said, “Minor tweaks have been made to the suspension and damping to the 2018 Ameo Cup race car to achieve even better performance from the car. The team have been hard at work in the off-season with the development of the 2018 race car and results are evident. The drivers are happy with the way the cars have performed and mechanically the car has been brilliant from the get go.” 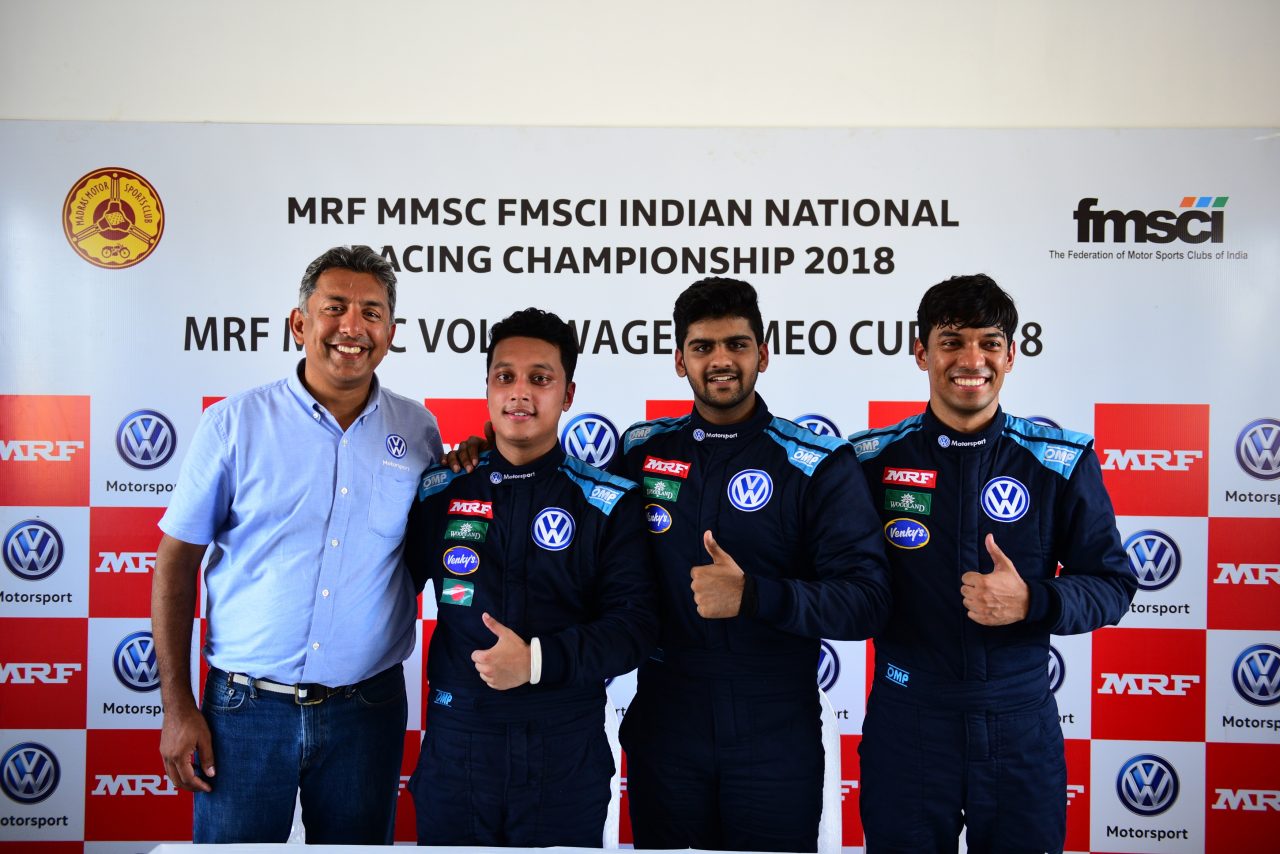 The second race on Sunday started with the top eight finishers in Race 1 forming the reverse grid. The pole position for the starting grid had Shivani Pruthvi followed by Akshay Bhivshet in the first row. The second row had Shubhomoy Ball and Affan Sadat Safwan Islam. Right from the start of the race, Mohite (who had won Race 1 and as a result started in the eighth position) began making passes while the grid was bunched up. He worked his way to the top and took the lead from Pruthvi in lap 4, and continued so until the safety car was out, followed by the race being red-flagged in lap 6. Things didn’t turn out well for Manoj Yanamdala as his Ameo Cup car toppled. Luckily he walked out from the car without any injuries.

Surprisingly the safety car was out in the very first lap after the restart, as Ayush Taimwala entered the first corner too hot — and ending in the gravel pit. In the end, Dhruv Mohite was the first Ameo Cup to cross the finish line —  and with a healthy margin. Fighting for the second spot were Saurav Bandopadhyay  and Affan Sadat Safwan Islam. However, the latter managed to keep a defensive line and his position. He also benefited from the safety car as Bandopadhyay, who had started the race from the sixth spot, couldn’t overtake him at that point. 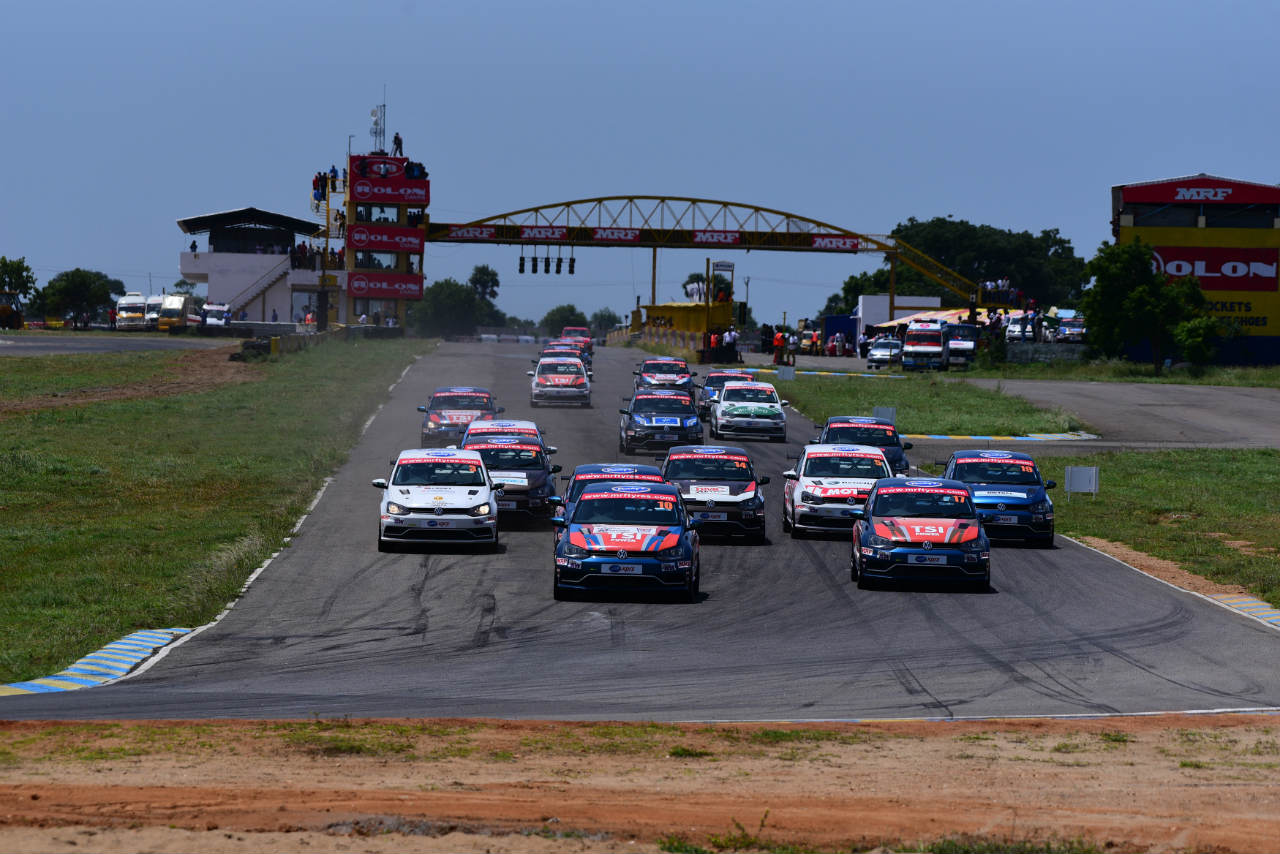 Further commenting on the conclusion of the Round 1 of the Amero Cup 2018, Sirish Vissa said,” We have had a truly exciting race today with a lot of jostling amongst the drivers. The technical team have performed brilliantly over the course of the weekend. While the MRF tyres have performed reliably despite changing weather conditions over the last three days. I would like to congratulate winners from Race 1 and Race 2 and also wish them all the very best for the next 3 rounds. For the next round of races we move to MMRT and it will be exciting to see how these drivers perform in Round 2.”

The next two round the Ameo Cup 2018 will be conducted at the Madras Motor Race Track in July and August respectively. The final round will be the fourth one which will be held at Buddh International Circuit, Greater Noida in October.