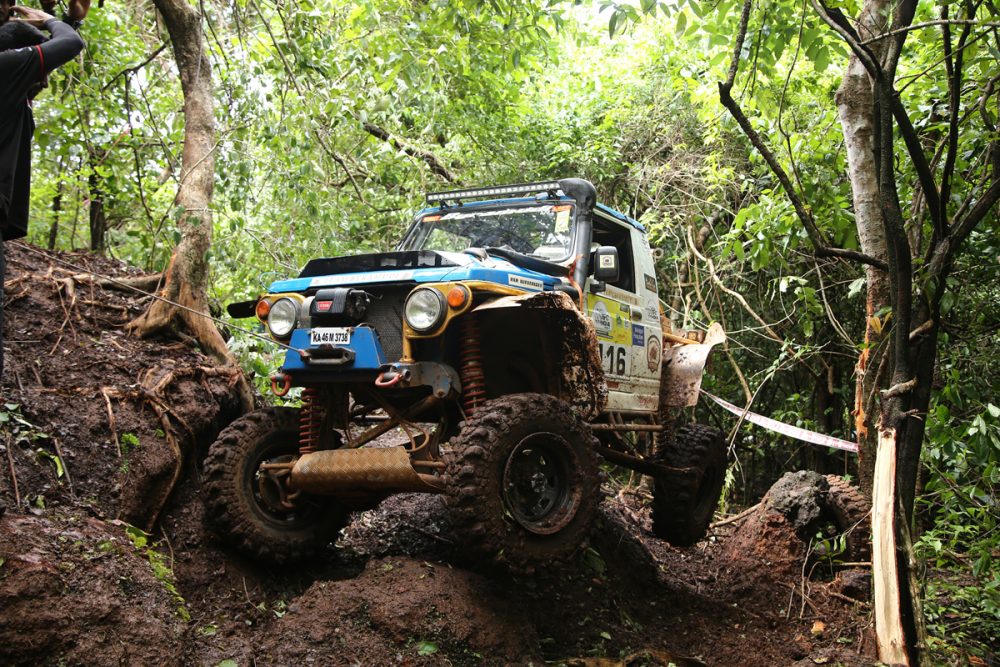 It’s time to bring out your ponchos and wellingtons and head to Goa from the 21st July to the 28th July 2018 for the Season 5 of the most awaited off-road motorsport battle, the Rainforest Challenge India. For this year, there are going to a total of 41 teams, including a women’s team, who will be competing for top ranks.  There are 10 teams from Kerala, seven from Telangana, four teams each from Karnataka and Maharashtra, three teams each from Chandigarh, Goa, Tamil Nadu and Delhi and one from Haryana. Also, participating for the first time in RFC India are three teams who will be heading to Goa all the way from Arunachal Pradesh.

RFC India is one of the top three RFC Global events of the 51 editions held across 21 countries. The Rainforest Challenge is a global off-road event that tests the skills and abilities of the participants. Each team needs to showcase their driving talents, vehicle recovery skills and team coordination as they push themselves to their physical and mental strength limits.

The event follows a point system for grading. The teams with the maximum points at the end of the competition will be entrusted with the RFC India Champion title. Comprising a driver and a co-driver, each team will undertake 26 Special Stages (SS) during the eight days of the competition. Apart from the championship title, the winning team will also receive benefits amounting up to USD 10,000 and a direct entry (costing USD 3,900) into the RFC Mother Event which will be held in Malaysia by year-end.

Founder and Director, Cougar Motorsport, Ashish Gupta said, “In the last 4 editions of RFC India, we have witnessed some exceptional off-roading talent and I am confident that this trend will continue this year as well. It’s overwhelming to see such a tremendous response to RFC India 2018 registrations. We filled all the available slots within 72 hours of posting the registrations call on Facebook in February. I am humbled by the immense love & acceptance from the entire off-roading fraternity and promise to bring a better, tougher and a more gripping competition this year.”

Simultaneously, Cougar Motorsports will also be conducting the first ever Rainforest Trophy (RFT) India event in collaboration with Manabhum Offroaders Club of Arunachal (MOCA). The location for this off-roading adventure expedition will be in Arunachal Pradesh and will be held for five days starting from 16th October to 20th October 2018. The Rainforest Trophy (RFT) India will be a non-racing event which was first introduced by Luis J.A. Wee, the founder of Rainforest Challenge in Malaysia last year.

Speaking on the maiden RFT India edition, Ashish Gupta said, “There are many off-roading enthusiasts who want to experience extreme 4X4 adventures, but not in a competition like RFC India because of the extreme vehicle modification requirements and the amount of time one has to spend training for the competition. Moreover, due to limited participation slots, many entries fail to make it to the RFC India participants list every year. So, in order to extend the sport and give a thrilling experience to Indian off-roaders, we are bringing the Rainforest Trophy to India. I am confident that it will be a giant leap towards making an international level of off-roading experience accessible to more people in India.”