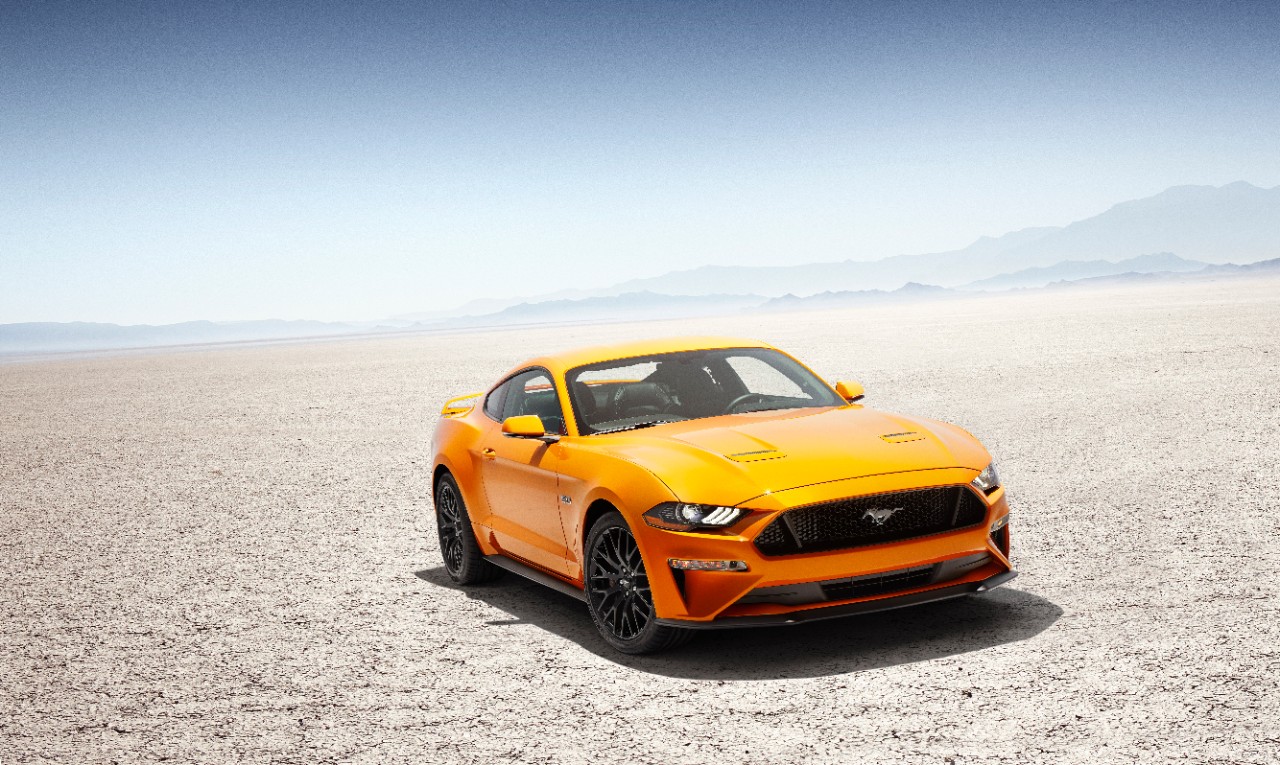 Ford’s nip and tuck routine for the Mustang has resulted in making the pony car (not too old, to start with; given the generation change happened just about three years ago) more powerful, tech-laden, and premium inside. But more importantly, with said update, Ford has addressed what appears to be the only fly in the ointment (apart from the weight) which mars the Mustang’s wonderful appeal – the slow-ish gearbox.

Globally, the car will now lose the mid-level V6 powerplant, hence reducing the engine choices to the 2.3-litre EcoBoost and the mega 5-litre V8. While the final figures aren’t announced yet, both will see a certain jump in headline figures, further improving the Mustang’s performance-to-price ratio. And while the regular suspension has been tweaked (with new shock absorbers, cross axis joint at the rear) for better handling, there’s a new, optional adaptive suspension, so those looking at using their Mustangs for track-related duties will be pleased.

And those looking at deriving their aural satisfaction won’t be disappointed, either, as the V8-engined model will get an optional active valve exhaust system. In addition, there’s also an all-digital LCD screen in the instrument panel, customisable with three different modes. Other tech-related updates include the FordPass system, which lets the users start, lock, unlock, and even locate their car from a mobile phone app.

On the aesthetics front, the car’s creases, especially at the front, become sharper, lending it a very different look (when viewed head-on) in comparison to the current car — thanks in part to the new all-LED light setup. The rear hasn’t gone unnoticed, either, with a slightly reworked pair of LED tail-lamps and new bumper. The interior updates are limited to the increased use of aluminium and hand-stitched wraps. The safety quotient has been upped, too, with things like pre-collision assist and Driver Alert system being offered on the Mustang.

But more importantly, it’s the updates given to the gearboxes that make the car more relevant : the six-speed manual transmission is said to be upgraded to handle the increased torque, while the V8 model’s unit now gets a dual-mass flywheel. More relevant to India (and to the GT characteristics of the car) is the new 10-speed automatic unit, which, in comparison to the current six-speeder, is not only quicker and more responsive, but also boasts real-time adaptive shifts, and reduced friction losses.

It’s not an all-new model, but given the kind of changes, the Mustang is likely to have a wider appeal than before. And considering there’s a hybrid Mustang headed to the markets in the years to come (2020), this could very well be the most-rounded (and pure, if you will) Mustang you can buy. And that is, by quite a margin, a huge thing to say about a car with such a huge legacy. Isn’t it?