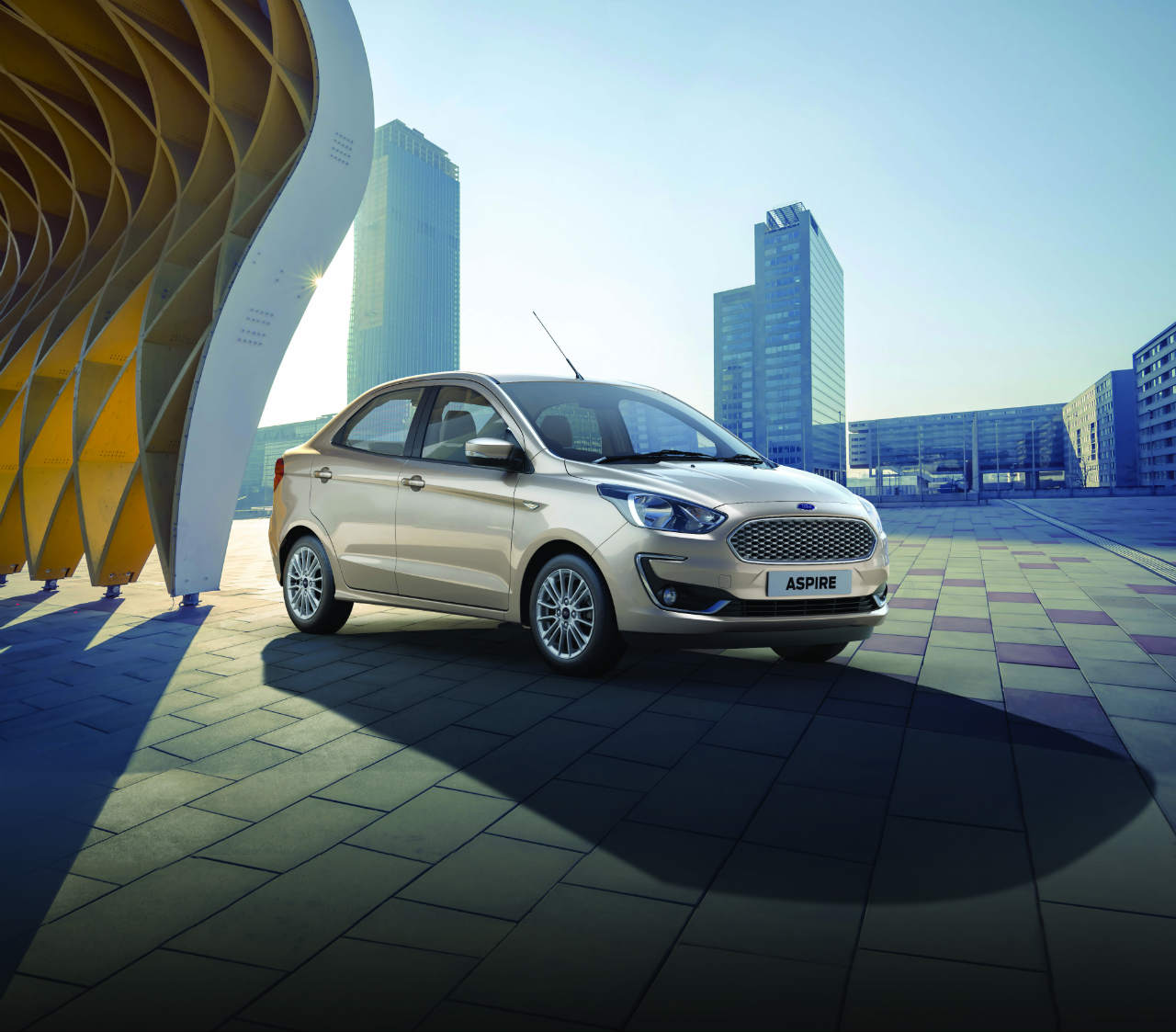 Ford India has launched an updated version of its Figo-based Ford Aspire compact sedan. In comparison to the model that was launched in 2015, it gets refreshed styling, a new petrol engine, and a revised interior.

Starting with the looks, the 2018 Ford Aspire gets a new, more appealing grille, redesigned bumper, slightly reworked headlamps, striking new alloys and a new rear bumper, too. On the inside, there’s the new SYNC 3-equipped touchscreen infotainment system, and a few aesthetic upgrades.

The underpinnings remain unchanged, with the same Fiesta-based platform as before. The engine range has been rejigged with the introduction of a new 1.2-litre three-cylinder petrol engine. Like in the Freestyle, it replaces the slightly underpowered unit. The naturally aspirated engine makes 94.6 bhp and 12.24 kgm. It comes mated to a five-speed manual gearbox like the diesel variant, which continues to be powered by a 1.5-litre, 98.6-bhp unit. If you hanker for an AT variant, then Ford India also offers the 1.5-litre 123-bhp naturally aspirated four cylinder petrol engine with a conventional automatic transmission.

There are five trim levels in total: Ambiente, Trend, Trend+, Titanium, and Titanium+. Prices start at  Rs 5.55 lakh for the petrol version and Rs 6.45 lakh for the diesel. The AT variant is available only in the top-but-one Titanium trim and is priced at Rs 8.49 lakh. All prices are ex-showroom, pan India. Ford has been fairly aggressive with the pricing this time.

There are seven colours to choose from, and the tyre size has been increased to 15 inches. There’s a first-in-class warranty of 1,00,000-km/five years in total (two years standard + three years extended), too. Ford also claims a ridiculously low maintenance cost of just 38 paise per km for petrol and 48 paise per km for the diesel version.

Dual airbags are standard across the range whereas the top trim gets six airbags. Other notable safety features (variant-dependent) include ABS,EBD, and ESP. The AT version also gets Hill-Launch Assist. The new manual gearbox is lighter and requires less oil, too. And the claimed fuel economy has also been increased: the diesel is claimed to return 26.1 kpl while the fuel efficiency of the new petrol engine (MT) is rated at 20.4 kpl.

To know more about the car, watch this space for Raunak’s First Drive Review.