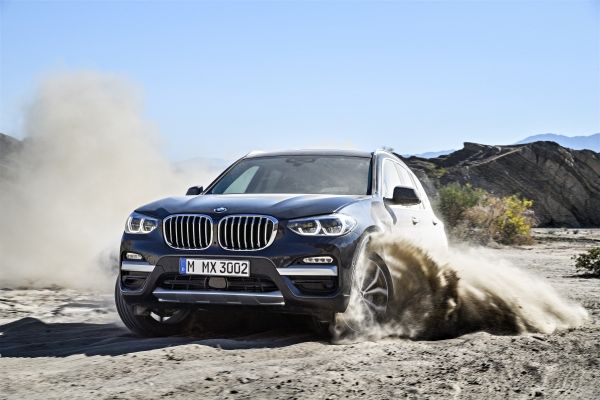 BMW has released the official images of the third generation version of the X3 midsize SUV. Lighter, loaded with features, and more powerful now, the all-new X3 will go on sale in markets abroad this year. An Indian arrival is likely to happen next year.

Improved aerodynamics on the outside are complemented by a new overall design, which includes new LED headlamps, a gaping air dam up front, 3-D look LED tail lamps, and twin exhausts for all variants. On the inside, it gets in line with other new BMWs with features like gesture control, optional features like 12.3-inch instrument panel, full colour HUD, etc. There’s more storage space inside, a new steering wheel, and a spruced up dashboard design. On the safety front, apart from the usual passive systems, there will also be new-age driver assists as part of the BMW CoPilot system.

When it goes on sale, there will be three model lines available, namely xLine, Luxury Line, and M Sport Package. Needless to say, the latter will be the most sporting of the lot. Talking of which, it’s the first X3 to get a proper M Performance model, in the form of the X3 M40i. There will be three petrol (including the aforesaid one) and two diesel engine choices, all of which will be available with a standard eight-speed automatic gearbox. And although BMW is yet to announce further details about variants, it’s safe to assume that most versions will get the xDrive all-wheel drive system, too.

Apart from the lowered resistance to air (Cd = 0.29), the new X3 is also lighter by up to 55 kilos. The official announcement talks about taking ‘sporty handling to another level’, which is indeed a good sign.