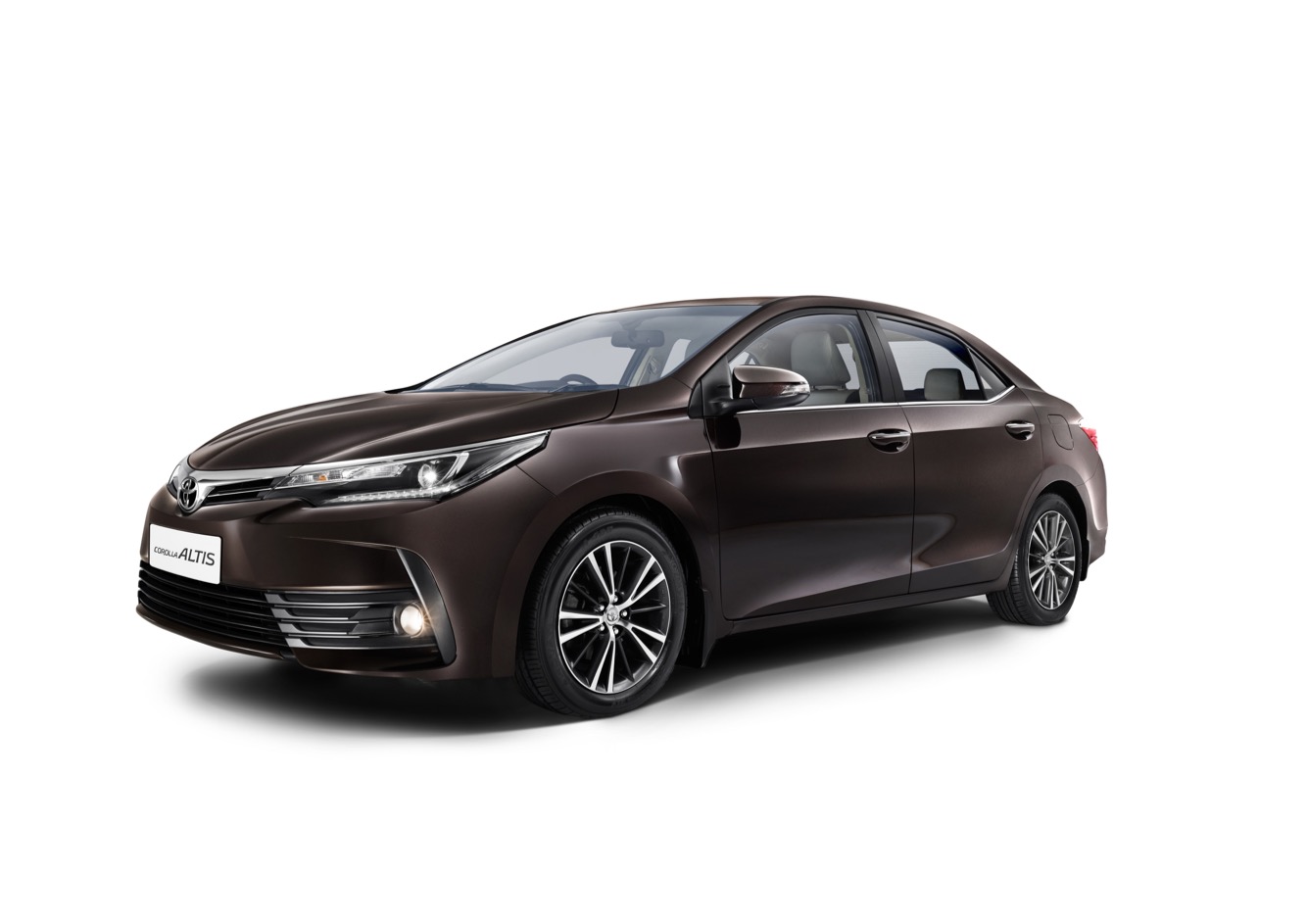 The D-segment of saloons isn’t a numbers-intensive market but TKM (Toyota Kirloskar Motor) has little to worry, as long as they have the Toyota Corolla on sale. The latest iteration, introduced yesterday, plans to continue that, with the same appeal as the car it replaces.

And why shouldn’t it?! Because it has the good old reliable mechanicals underneath the more modern styling and the plush cabin. The engine range includes a 1.8-litre petrol unit and a 1.4-litre diesel. The former gets an optional CVT gearbox while the diesel buyer will have to be content with a manual transmission only — six-speed units are standard on both. Not that it’s going to be a worry since a large percentage of Corollas are chauffeur-driven. And the smooth gearshift won’t trouble those who fancy getting behind the wheel, either.

So that’s that for what’s unchanged. Elsewhere, there’s a new front-end with a more cohesive headlamp-grille layout. The new bumper might not be TRD-branded but it certainly adds character to the design; much like the Xenon headlamps and LED DRLs. A set of new tail lamps complements the changes up front.

On the inside — which obviously matters more her — there’s a revised two-tone dashboard. Keeping up with the times there’s a seven-inch touchscreen infotainment system sitting flush in the dashboard. The instrument panel is given a little nip-and-tuck to ensure the one behind the wheel doesn’t feel short-changed, either. Reclining seats at the rear, seven airbags, Hill Assist, etc. are some of the other features on the 2017 Corolla Altis.

And how much would you have pay for all that? Rs 15.87 lakh if you choose the base petrol and Rs 17.36 lakh for the base diesel. There are seven colours (including a new Phantom Brown) and six models to choose from, with the top-spec petrol costing Rs 19.91 lakh. All prices are ex-showroom, New Delhi.