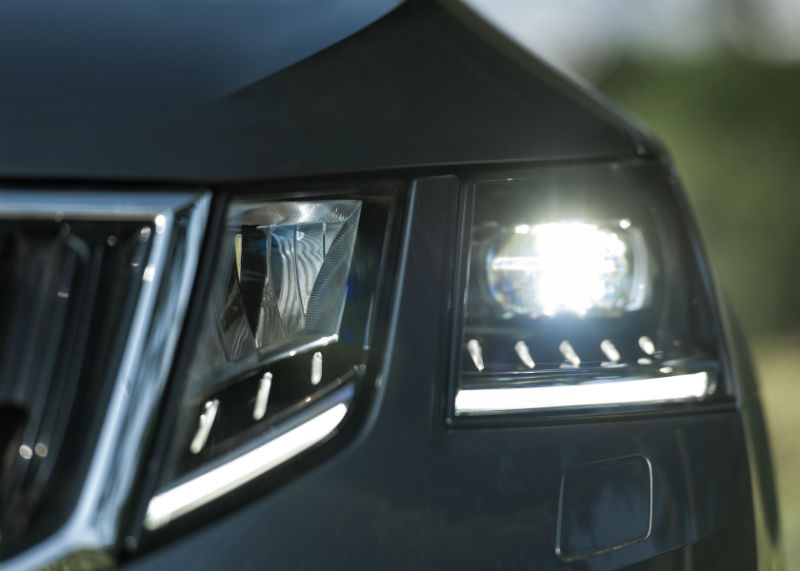 Skoda India will launch the updated Octavia in India on July 13. The car which we drove last month — more about which you can read in our first drive review — will be offered in both petrol and diesel engine choices.

The biggest change on this midlife facelifted model is that on the front-end styling. It now gets a quad-headlamp setup, with DRL LEDs in each unit. That lets the Skoda move a little away from its conventional styling, while a revised tail lamp unit complements the change.

Still based on the MQB platform, the Octavia continues with strong lines, a well proportioned design — thanks in part to the unique hatchback rear — and doesn’t miss out on newness, either. On the inside, it gets a refreshed cabin, with an identical design but with updated features (including a new Apple CarPlay-ready touchscreen system) and new trim colours.

Expected to be offered in three engines— the 1.4 TSI, 1.8 TSI, and 2.0 TDI — there will be both manual and automatic gearbox (DSG) options. The 1.8-litre turbocharged petrol engined variant will, like the outgoing model, get a multilink independent suspension at the rear, but has a wider rear track (by 30 mm) than before.

There will be up to eight airbags available (the base variant will have four of those) and the Octavia’s Multi-Collision Braking will be present as well. Prices will be announced on the day of launch, but it’s expected to be in the same ballpark as the current Octavia.