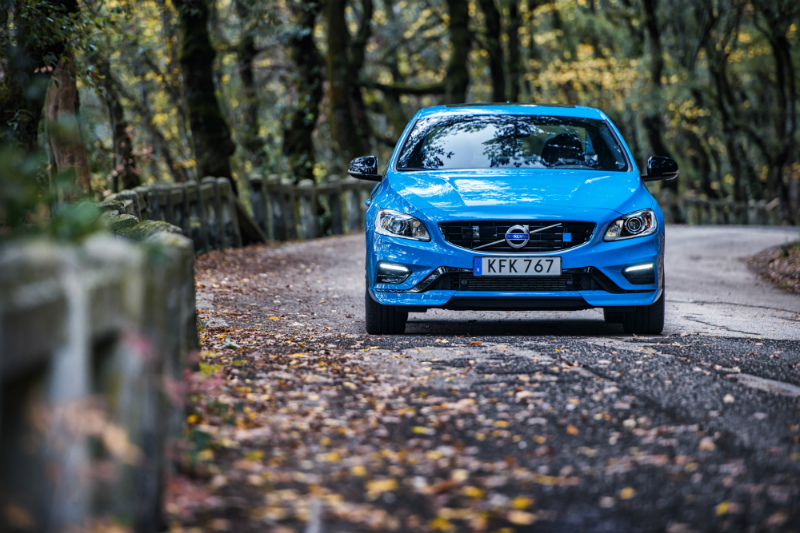 Update: the Volvo S60 Polestar has been launched at a competition-beating Rs 52.5 lakh, ex-showroom,Delhi. Only 30 units of the car are allocated for the Indian market, hence ensuring that these land in probably the most deserving driveways.

The Volvo S60 Polestar might be the ninth model in the company’s line-up but it’s not the newest. And with that, you would expect us to be a little sad, wouldn’t you? But quite on the contrary, we are happy. And here’s why the prospect of having an S60 Polestar on sale in India excites us.

Think of the Volvo S60 Polestar as the thinking man’s sports saloon. Needless to say, it gets an all-wheel drive system, a plethora of safety features (which Volvo is great at, anyway), a 2-litre force-fed four-cylinder petrol engine (more on which later), and a hugely reworked chassis. The amalgamation is bound to satiate your unending quench for performance, but without giving up on the practicality and making you look like a snob.

If we were to add a category for the most Q-car award in Superpowers, it would have easily been the S60 Polestar winning it. Why, you may ask. Because bereft of overly large fenders or fewer doors, the S60 looks very much like the boggo S60. Which is no bad thing in our books, because the S60, despite its age, is still one of the cleanest designs in the segment. Look closely and you’ll find a boot spoiler, larger wheels, dual exhausts at the rear, and two blue badges helping it achieve the ever so slightly extra oomph. Volvo has, in the same level of humility, presented the interior with just about enough to help the onlooking enthusiast sense that this one’s more special than the other Volvos.

Anyway, that’s enough of the gushing description. What matters the most here is the underpinnings, and Volvo, erm, I mean, Polestar, has you covered in that department as well. About 70 upgrades were made by Volvo to create the most driver-orientated saloon in the current line-up. The 2-litre engine sitting peacefully under the bonnet is a bit of a dark horse, really. With presence of both turbo- and super-charging, it makes 362 bhp and 47.92 kgm. Transferring the impressive figures to the wheels is a combination of an eight-speed gearbox and an all-wheel drive system. Thanks to which, you are bound to find 100 kph register on the speedo in 4.7 seconds, 200 kph in 17.2 seconds, and a limited top-speed of 250 kph.

Anything above 100 kph is useless (and dangerous) on public roads, so let’s have a hypothetical assumption that you’ll take this powerhouse of a car to the racetrack — because you must. Which is where its ZR20 tyres (245-section up front and rear), and six-piston Brembo brakes will be at home, even if you’re inching closer to the mentioned top-speed mark. And not just on the straights but in corners, too, as the chassis is said to be more focussed thanks to bits like Öhlins suspension and an increase in overall stiffness by up to eighty per cent (in comparison to the standard S60).

Globally (or at least in the markets the car’s present) Volvo offers a choice of four colours — blue, black, silver, and white. Blue — Polestar blue, actually — looks the best but grabs attention equally effortlessly. Other paint choices will ensure that the Polestar stays as inconspicuous as the regular S60, despite the sportier bodykit and larger wheels, and only the trained eye will notice.

But as far as the enthusiast’s attention goes, the S60 seeks that the most, without dropping a lot of hints. Given that the car is expected to sit somewhere close to the Mercedes-AMG C43 and the Audi S5 Sportback, we think that it makes a strong case for itself. And with the more everyday approach followed for this saloon, the company has hit the right spot.

At Rs 52.5 lakh, not only does it undercut it rivals, it does so with a huge margin. Similar  spec for about 20 lakhs less just cannot go unnoticed. Especially if it looks and drives so well. More about it in our first drive review.

Also, we won’t be too wrong to say that the reign of more useable sports saloons is here, don’t you think?