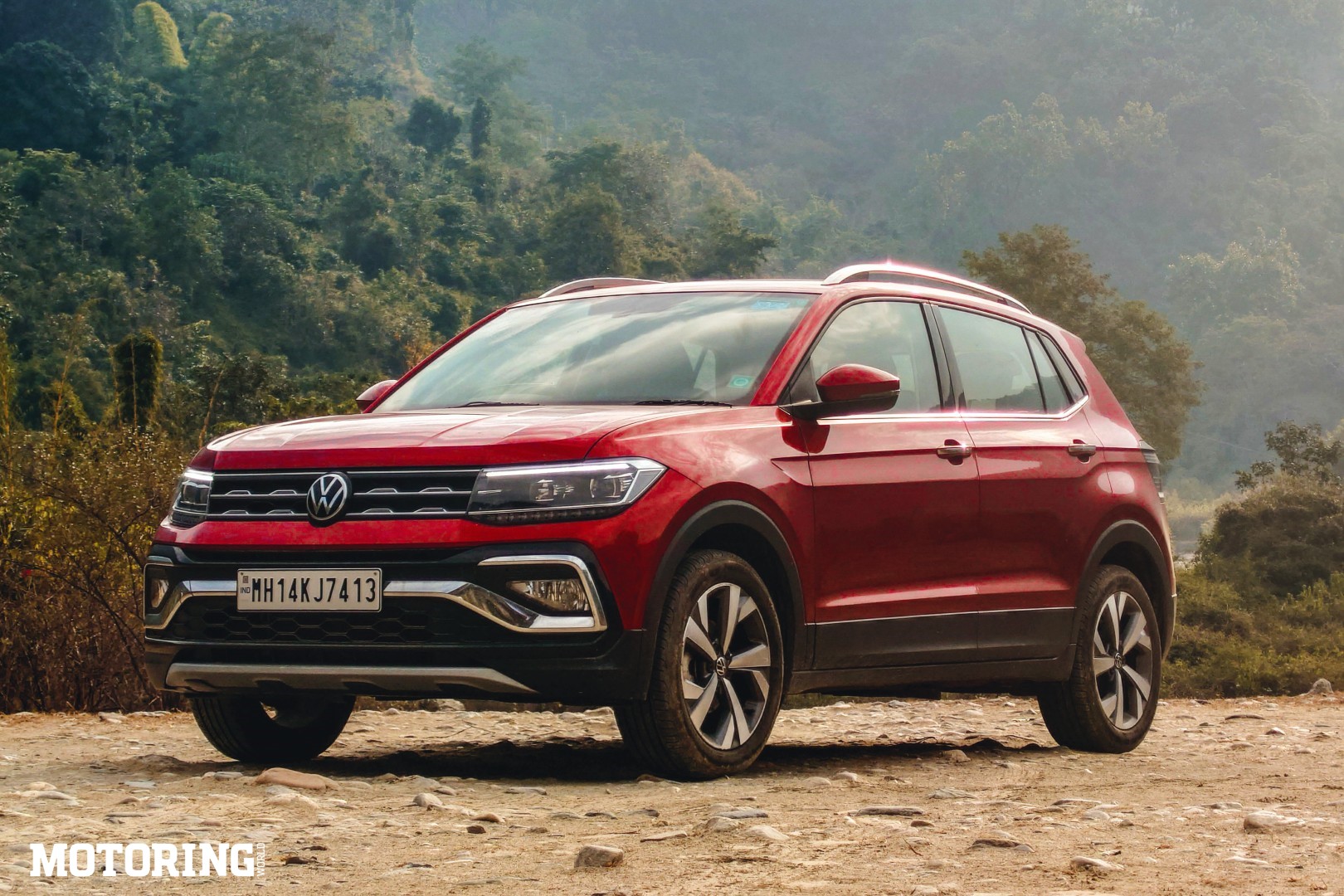 I find that whenever I have a Volkswagen Taigun with me, my friends begin saying things like ‘Hey, look at this suspension bridge in the mountains over this lovely river, and it’s just 300 km away.’ I generally do not get sucked into temptation by people known to make questionable choices (like still being my friends), but then a Taigun parked downstairs wanting a bit of yearend corner-carving action is a hard one to pass up. When you have a great-handling car with an engine to match, some things shouldn’t be overthought.

We set out for the Jim Corbett National Park and a sweet little resort called the Riverwalk, which requires you to walk over a beautiful suspension bridge built over the Ram Ganga River. I had previously taken the Taigun 1.5 TSI GT to the Rajasthan-MP border, on one of the most entertaining drives I have ever been on, and I was looking forward to another chance to drive one over a long distance. I also wanted to try out the manual 1-litre TSI variant, to see how good it would be in conditions that would truly test the manual’s shift quality and the engine’s response. 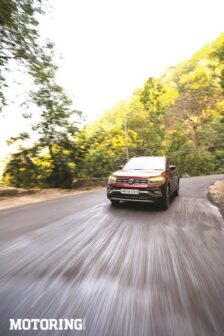 The route promised to offer everything I asked for – there was a long stretch of highway that could be near-empty if I timed it right, and then there were many kilometres of mountain roads that would test every bit of the promised handling prowess of the Taigun. Uttarakhand usually offers incredible roads no matter where you go, and the route into the state is (more or less) like that as well. The only parts that were categorically bad were the ones that had suffered a landslide or water logging in recent times. Other than that, the roads were just lovely, if a bit narrow in some places. 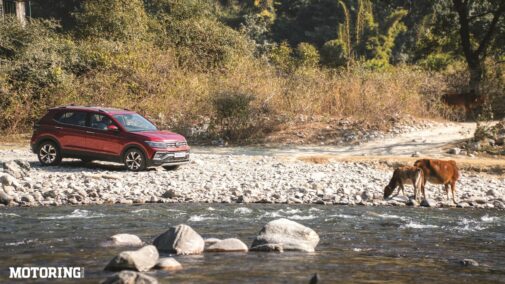 Leaving Delhi at 2 am was both a fabulous and a stupid idea, because although the entire Delhi-Moradabad stretch was almost empty, it was also very cold, and when the urge for tea arrived, exiting the cosy cabin into bone-chilling air wasn’t the most pleasant experience. All this fat and my body still can’t make enough heat, I tell you. On the highway, the Taigun was flawless, as I expected – extremely smooth, and able to hold cruising speed with ease. The cabin was airy, the view from the driver’s seat was near perfect, the seats were super-supportive for long hauls and the overall ergonomics were spot on.

Just as we reached Moradabad, the Google Maps lady decided to direct us (without our consent) away from the toll road and onto what looked like a long-forgotten stretch of highway. The Taigun was suddenly in a rally stage, from the earlier street circuit. It adjusted very well to the change in scenario, better than my foot in fact, which still engaged the throttle with enthusiasm. The Taigun’s suspension setup, though on the stiffer side than its rivals (no complaints about that, though), didn’t hamper the ride quality, and the occupants remained faithful to their relationships with me afterwards.

Shortly after, as the morning light started to streak through a thick layer of tall trees, we reached the entrance of the Jim Corbett National Park region. The roads got exponentially better, and the views were simply breathtaking. 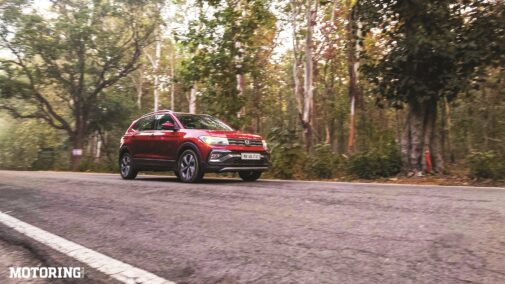 The next 40 km were tailor-made in a petrolhead’s heaven. Well-laid roads swept through the dense forest, with little to no traffic on them as they climbed and dropped through countless turns and hairpin bends. It was a dance that few cars in the country could have performed well, let alone one in the SUV segment. The Taigun performed wonderfully – I knew every bit of what the tyres were doing on the road, the steering was precise, the clutch light and the gear-throws on point every single time. The seats were perfectly suited to the Taigun’s chassis; they held you well even when I was throwing it around corners. I got a feel of the Taigun’s solid built quality when I eventually met a pothole at not-that-slow speeds. It never lost its composure, and just got on with it asking me where the next corner was.

A lot of fun was being had, and funnily enough, we reached our hotel two hours earlier than our scheduled time. So, like sane people, we decided to explore more of the mountain roads and then have something to eat. All this fun had left us hungry, and it was surprising to see that the Taigun was still returning over 15 kpl, which was astonishing given how enthusiastically it was being driven.

We finally took a break, and were having a meal while sitting on the balcony of a hotel that overlooked some rapids, around 20 floors below us. The chirpy waiter asked us to focus on a faraway spot, and eventually, we figured out there was a huge crocodile sunning itself in a shallow pool of water. Of all the things we had expected to see, a crocodile this high up in the mountains was certainly not one of them. A few antelopes followed afterwards, and some gorgeous birds as well. 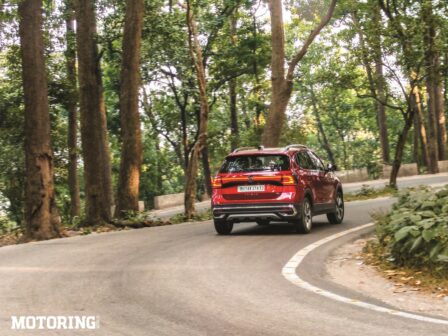 It was then time to head back to the resort and have a walk over the bridge that had brought us here in the first place. Before that, we found a narrow path through some dense vegetation that led straight to the river bank. As the Taigun effortlessly drove over the cobbled bank and onto the edge of the water, we got out, dipped our feet into the icy cold water, washed our faces and looked back at the Taigun. What an absolutely lovely car.