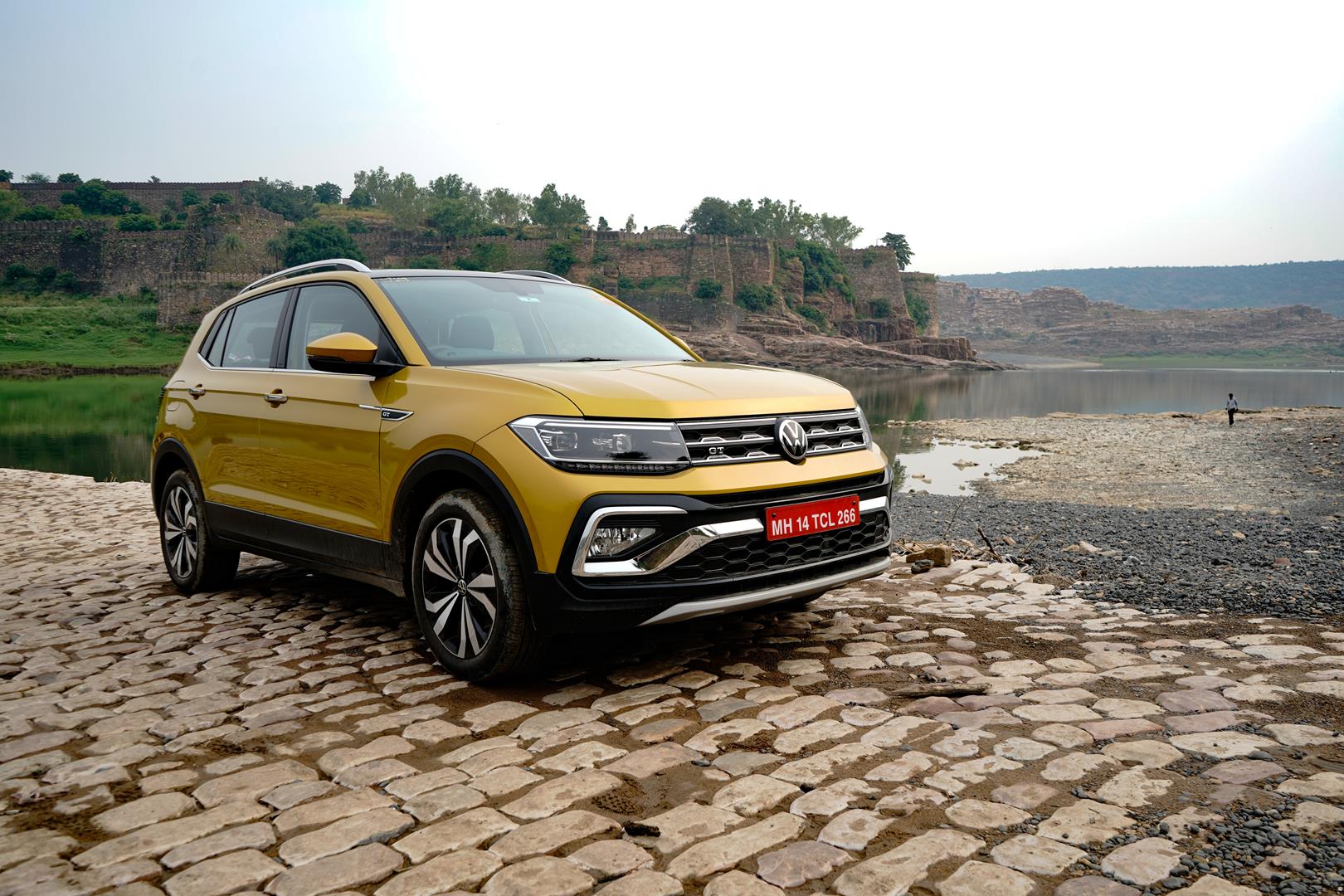 Our year began with the Taigun on our cover, in January, and ever since then, we’ve been eagerly waiting to put the new Volkswagen through its paces properly – our way. With the Taigun now officially launched and already going great guns (18,000 bookings as we write this and the entire 2021 lot being almost sold out), we finally got the chance to hustle the new Taigun over a 2000+km road trip.

The Taigun is a significant product for Volkswagen, of course, and has a lot going for it. It looks considerably more premium than its rivals and has the promise of the famed Volkswagen handling, performance and built quality. The moment you look at it, you know that the paint quality is great, the doors shut with an assuring thud and the overall presence of the Taigun commands attention. As for the cabin, it emphasises this vehicle’s premium air, making it feel like a car from a segment higher, at least. The clean lines and understated elegance of the dash and other panels stand out, and the flat-bottomed steering wheel adds a very sporty touch, as do the red mood lights. 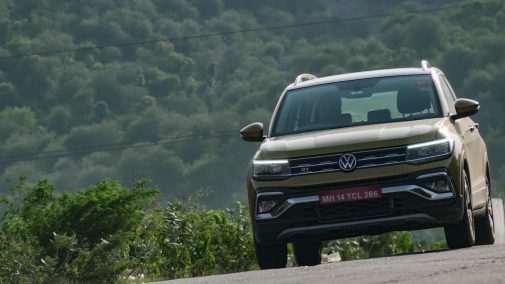 We wanted to see how the Taigun gets on with life on the road. And yes, we did want to see how much it could ‘Hustle’. So, we opened up some maps and our to-visit list and marked a point on the Rajasthan-Madhya Pradesh border as a target. The destination was Kaali Sindh dam, built on its namesake river and located in the Jhalawar region of the state, an area known for its dense forests, massive water bodies and some incredible forts.

However, instead of just heading straight to our destination, we decided to make a stop in Alwar and visit the stunning Ajabgarh Fort, without which the stories of Bhangarh’s haunted past are incomplete. The roads leading to Ajabgarh are stunning, and you actually drive through the buffer zone of Sariska national park, which is always something that promises a surprise or two. At one point, we were surrounded by a flock of sambhar deer, quenching their thirst at a roadside water tank built for them. Only a bit ahead, we saw another group of antelope cross a small stream.

From then on, it was a sprint of around 500 km to reach Kota before night fell. This was where the Taigun got to show its highway mile-munching capabilities like a pro. Its suspension is neither too stiff nor too softly sprung, thus offering precise inputs while never becoming uncomfortable even through the worst of roads at (slightly) faster than normal speeds. The acceleration on offer from its 1-litre TSI unit is always grin-inducing, and the way the Taigun pulls out of corners makes you seek out tight bends all the time. You always need to keep an eye on your overall speed, since the combination of an energetic engine, great acceleration and a precise, 6-speed torque converter automatic gearbox will tempt you to push the speedometer ever northward. 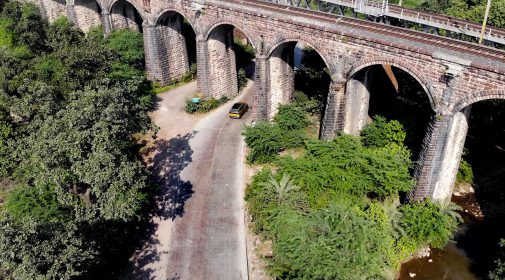 It took us about 7 hours to reach Kota, and the only thing on the cards was dinner and some sleep. The next morning started with a visit to the city’s most famous kachori seller, the fabulous Ratan Mishtan Bhandar. Due to obvious reasons, a lot more than we should have had was consumed, but no one was complaining. While we tried to breathe again properly after stuffing ourselves, we decided to get our Taigun washed and ready for the next part of the journey.

En route Jhalawar from Kota, you have to drive through the Darrah National Park, a part of the larger Mukundra Tiger Hill project. This is one long forest, beginning as you enter Rajasthan through Alwar and ending at the MP border on one side while covering a much larger area across the Kota, Rawatbhata and Jhalawar region. What this road offers is stunning views of the land mass that surrounds it – the mountains, the forest cover and whatnot. You also get to drive over decades old railway bridges that offer a stunning backdrop. We spent several hours soaking the beauty of this area, and when we reached Jhalawar, it was time to search for a hotel and sip some great tea.

The next morning, we woke up early to visit the marvelous Gagron fort, which is a UNESCO heritage site. Once you get here, you wonder why it isn’t among the top tier must-visit forts in Rajasthan. Surrounded by rivers on three sides and dense forest on the fourth, it was among the most unbreachable forts of its time. The view from the top, and the narrow carriageway that becomes visible when the water level is low, are just breathtaking, especially under the morning sun. So far, we had already covered in excess of 800 km since we left Delhi, and we still had a 90-odd km range showing on the meter. This was a rather good surprise, considering the petrol price in Rajasthan was over Rs 112 per litre. Throughout the drive, we never really tried to target the best efficiency figure and yet, here we were, looking at a full tank range impressively close to 1000 km. Unexpected, but hugely impressive! 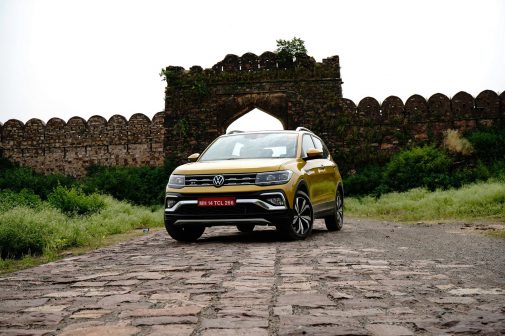 As we sat along the river bank, we knew we hadn’t really felt any fatigue through the trip. We had spent hours on the trot driving through fast stretches, country roads and narrow city lanes and throughout, we were kept comfortable by the seats in the Taigun, which have clearly been designed to aid driving pleasure as well as comfort. The view from the driver’s seat is impressive, and it’s definitely the place to be. 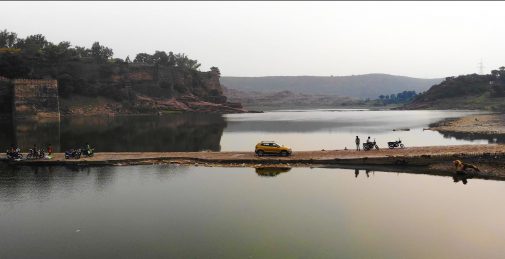 After the fort, it was time to visit the place we had come here for – the Kaali Sindh Dam. As luck would have it, there was some maintenance work going on, and non-essential personnel were not being allowed close to the dam. However, we quickly found a way to deal with this setback by convincing an orange orchard owner in the vicinity to let us explore his property. This region is famous for its incredibly fertile soil, and it is among the most significant poppy-producing regions in the country. 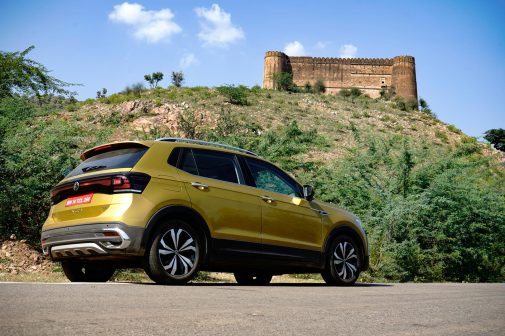 We decided to savour the delights of freshly plucked oranges, and the kind owner did not just let us go just like that. He also invited us to an amazing lunch with his family, and it was the best food we have had in a long long time. After a good meal here, why everyone doesn’t weigh as much as a small planet in Rajasthan is a mystery. 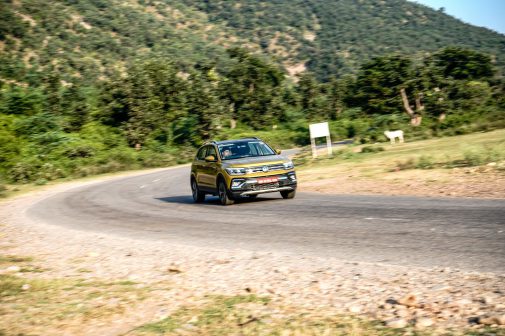 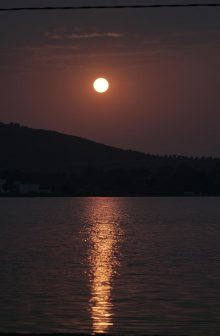 It was now time to return to base, and the gods of road tripping presented us with a glorious sunset over the massive lake. It was a spectacular end to this epic journey, and we knew it would be hard to part ways with the Taigun once we were back in Delhi; it is the most satisfying SUV that we’ve driven in quite a while. Volkswagen had told us in January that ‘This is the Year of the Taigun’ – and they were right on the money.