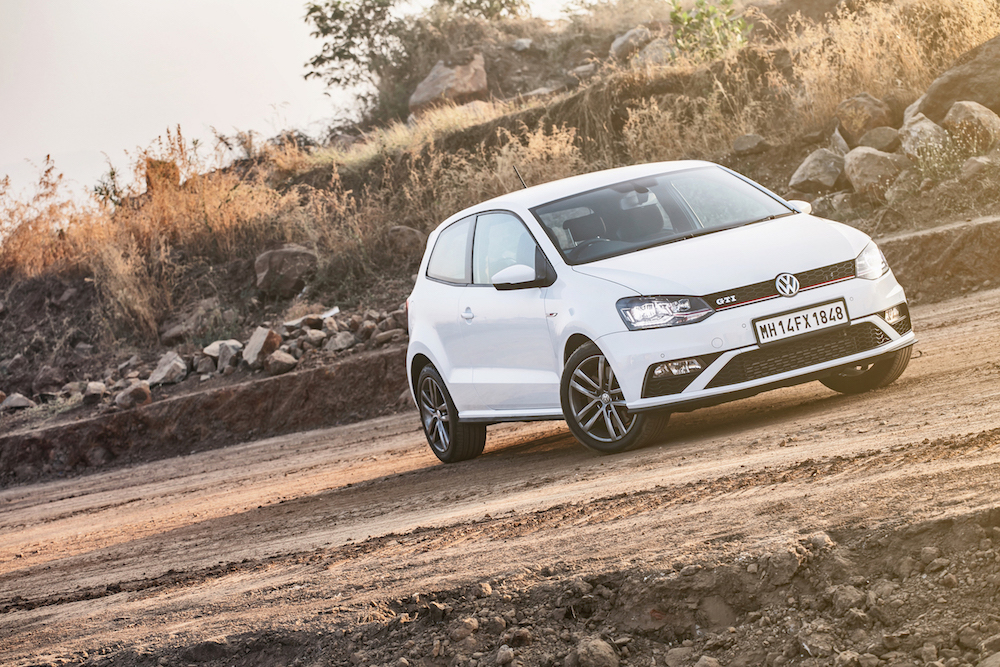 I love the concept of a hot hatch. Especially one that looks as nonintimidating as the Volkswagen GTI. It is blisteringly fast, has subtle touches to make it look cool (oh that red stripe across the grille), gets paddle-shifters, and can comfortably take the family along for the drive. I drove one recently and came away mighty impressed. If you want the juicy details of what it really feels like, you can read it in our First Drive Review.

But here I was, chasing a Mini Cooper S JCW through the hills, which was being driven by someone who has considerably more experience than me. And I was keeping up. Comfortably. However, instead of planting a huge smile on my face, it left me feeling a little let down. And that hurt my chances of adding one to my garage — mind it’s got nothing to do with its price tag. Don’t get me wrong, it is a fantastically capable car. It picks up speed like nothing else. The DSG ‘box shifts quicker than you can think. The steering provides good feedback, and the brakes will push out last night’s dinner through your mouth.

The car, then, is perfect, which is what mars its appeal to me. It sort of lacks the main ingredient for a car like this- engagement and drama. Floor the throttle mid-corner, and instead of understeer, you are greeted by grip thanks to that magical front differential. Take the wrong line, brake late or do anything wrong, and it will take care of you. A buffoon could drive this at dizzying speeds, because it asks so little of its driver in terms of skill. Which is great news for someone who wants to cover ground fast, but the assumption is that someone who puts that kind of money on a Polo loves the thrill of driving, and for that individual it is a tad, for the lack of a better word, boring.

It is quick, no doubt. It will get you across the ghats faster than any other hatch, but in the end, you will feel it was the car that got you there, and not you. Where is the emotion? Where is the drama? Where is that hard to define factor that makes you treat the car like a sentient being? Enjoying the GTI without doing almost illegal speeds would be difficult. But if you want a car that can shame D-segment saloons in the way it gobbles miles, this Volkswagen is perfect for that. And not just that, you can even take one to the racetrack and surprise many a veteran there — given the kind of grip and cornering stability this thing possesses.

I’ll instead look for something with a bit more involvement, probably one that has as many doors, a turbocharged engine (much like the GTI), and a three-letter suffix. Can you guess which one would that be?