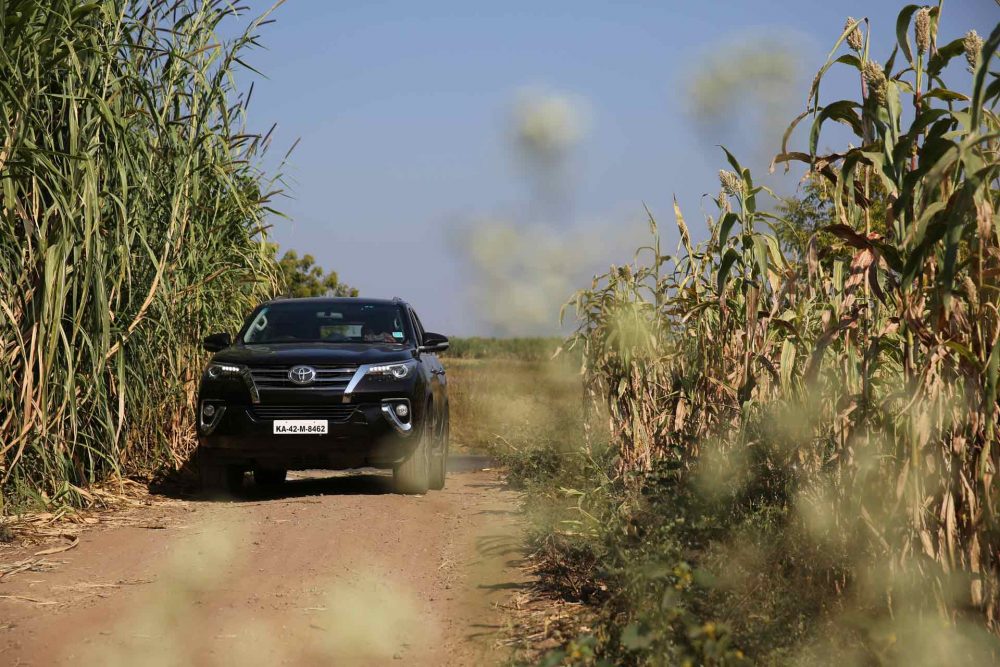 In the recent years, technology has reduced our dependence on quite a lot of tangible things, especially books — like the one that’s more relevant here, and is every explorer’s best friend, India Road Atlas. As a kid, I used to spend hours looking at maps, trying to magnify the almost incomprehensible lettering on the roads, and making road-trip plans. But it so happened that roughly 12 years after I last looked something up in the atlas, I found myself turning the pages again. The impetus to make a trip was strong, and thus, instead of getting ready for work, I stuffed my bag with a few clothes, a pen drive filled with my favourite tunes and, of course, an atlas. Call it Toyota’s kindness or my luck, a Fortuner happened to be parked in my driveway. I would have been a fool, had I missed this opportunity.

And thus began my escapade — without the help of Google Maps, of course. At around 35 kilometres from my house, I ended up at a random fork. The tall signboard read Pune on the left, while on the right was Hyderabad, a mere 856 km away. You must have guessed by now which road I took.

Regardless of the roads we travelled on — which had a good mix of four- and six-lane highways, the Fortuner felt like an executive sedan, but ready to take on each and every challenge you throw at it. From the outside, it certainly looks huge, but from behind the wheel, it’s nimble, peppy, and hides its size rather wonderfully. Further icing on the cake was the fact that its thirst for fuel was well-contained. 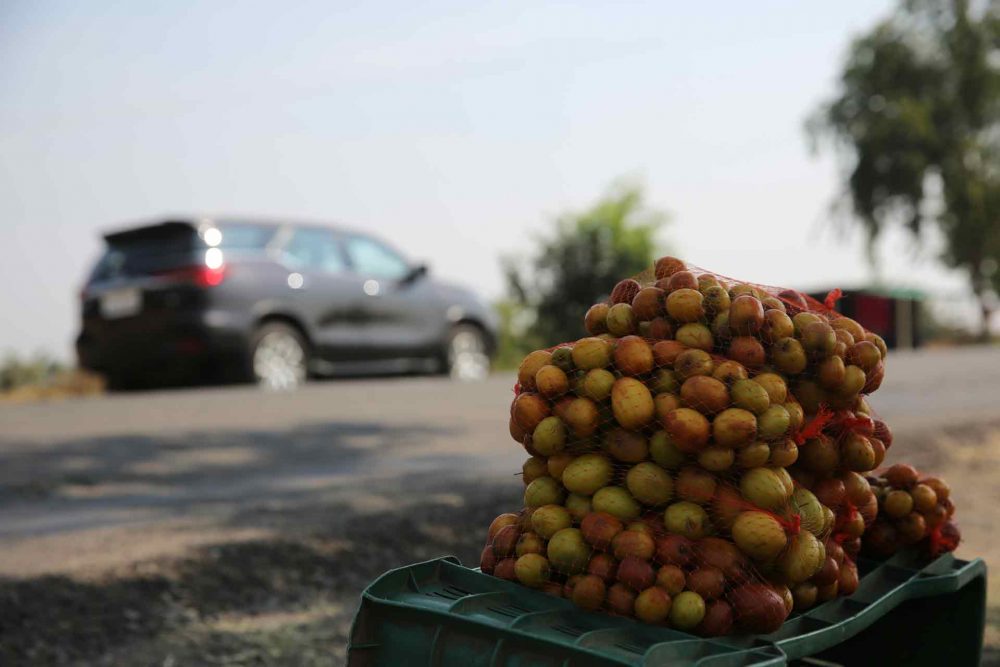 A few hours of solid, non-stop driving later, I took a break. In most cars I’ve done long journeys in, my leg muscles start aching after similarly long stints. But in the Fortuner, with its cruise control on, and fairly light controls otherwise, there was no such issue. On drives like these, it’s equally essential to stay hydrated — and skipping meals can be dangerous, too. You can try out the roadside ‘dhabas’, but if you aren’t feeling adventurous, I believe it’s best to stick to fresh fruits, which small-scale farmers sell right next to their farms on the highways.

Now was the opportunity for us (that’s me and my trusty steed, the Fortuner) to explore a bit. Hence I decided to go off the well-laden highways, and on to some back roads. Needless to mention, the atlas, after being put to imaginary use all these years, finally helped me chalk a new route. 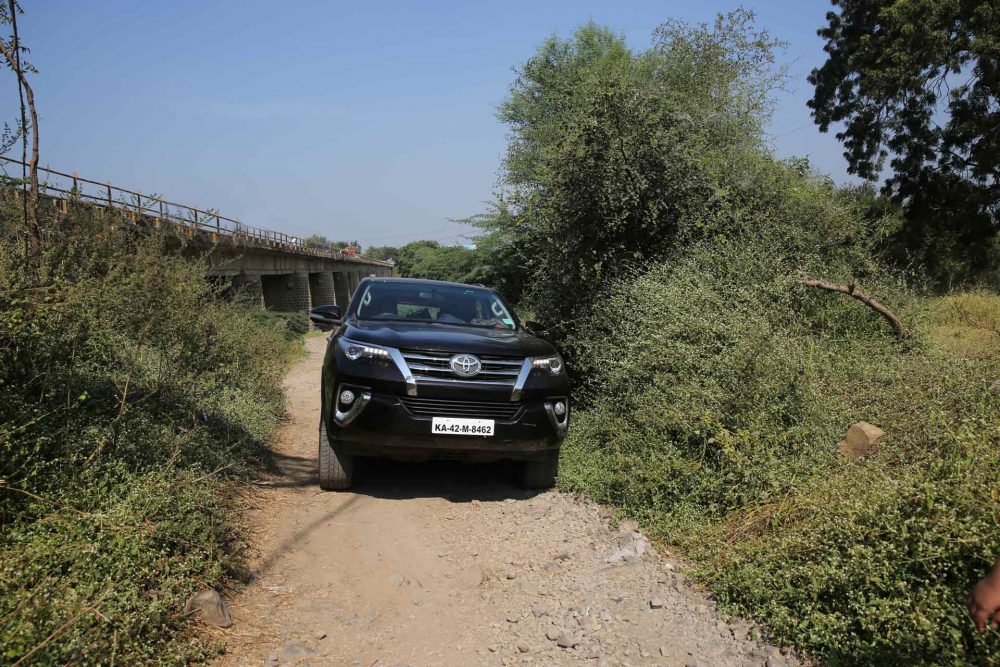 Going countryside might sound fun, until you realise that the badly maintained roads, sudden diversions, and even multiple dead-ends can actually spoil the fun. Thankfully, the Fortuner coped with all of those without a drop of sweat on its , erm, bonnet. To make the most of slow pace, while driving through villages, it’s best to roll down the windows and let some fresh air in. That certainly helps for someone who lives in Bombay.

The fresh wind gives your lungs a much-needed rehab. What further helps rejuvenate is the in-cabin comfort of the Fortuner. There’s certainly some body roll, but you won’t mind that, as long as it’s stable around the bends, will you? 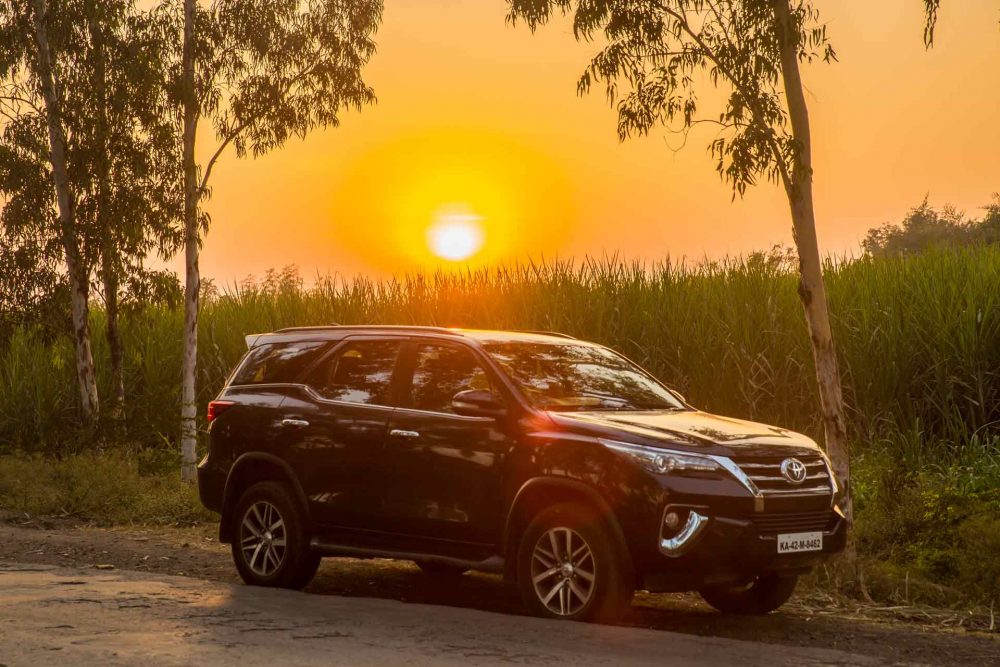 Before Hypnos could take over, I decided to take a break for the night. Although it must be mentioned that driving at night is no ‘biggie’ for the Fortuner. A light dinner followed, and as I went to bed, closed my eyes, relishing my break, I couldn’t think of a better vehicle for such unplanned trips. The Fortuner found a very special place in my heart — right next to my favourite atlas.