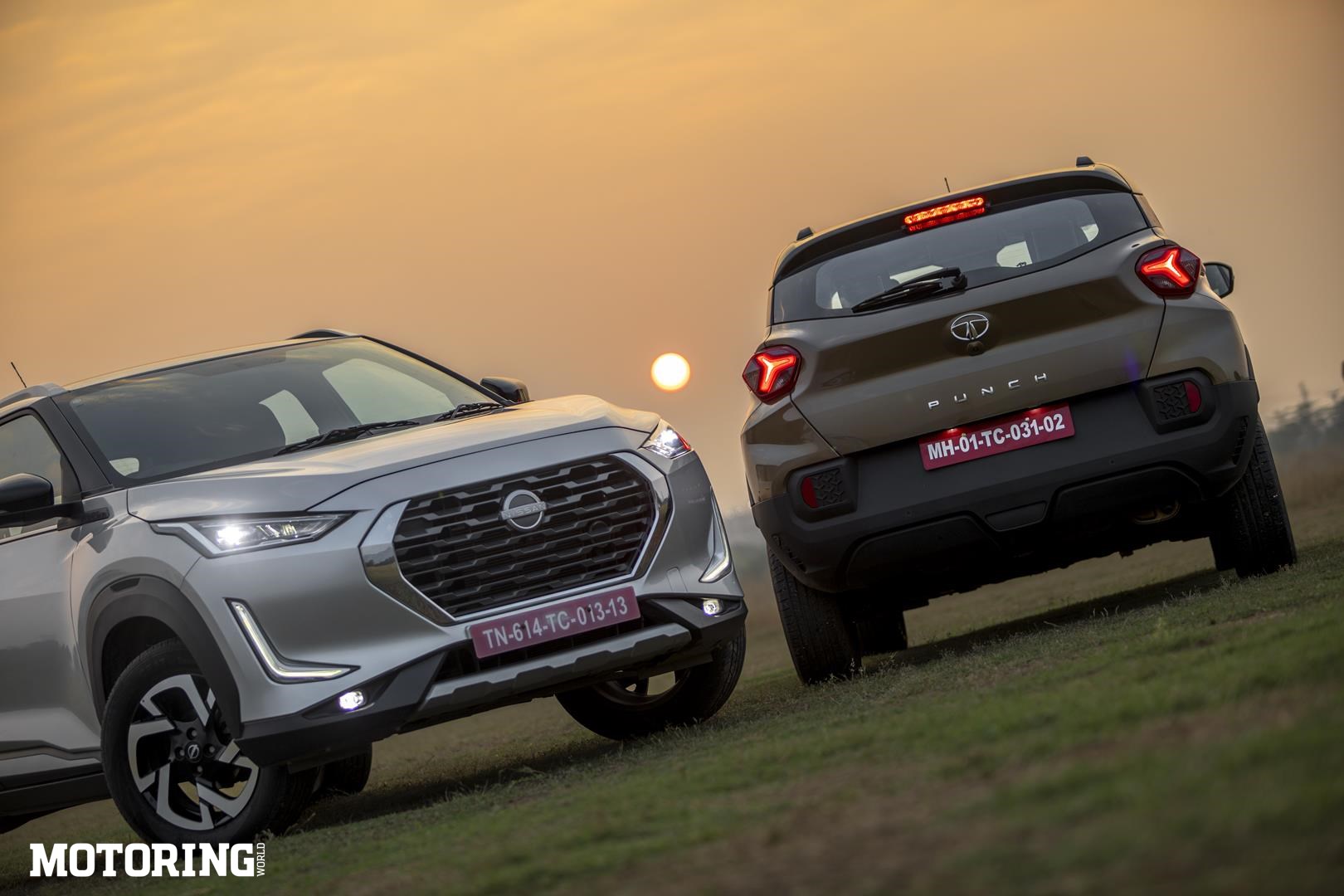 The ‘big car feel for little money’ game is still ongoing. The advent of the compact-SUV segment saw more and more carmakers throw their respective hats in this particular ring. In fact, no other segment has as many cars contending in one space — there are almost 10 models to choose from and at nearly every price range from Rs 5.5 lakh to well above Rs 12 lakh. Tata Motors has brought the Punch to contend in the lower reaches of the compact-SUV segment, where Nissan’s got its own budget-end contender, the Magnite with the naturally aspirated 1.0-litre petrol engine. Having raved about the Tata Punch in isolation, I wanted to see where it stands against an established rival like the Nissan Magnite. 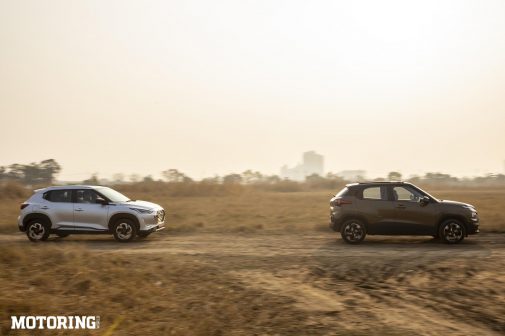 It isn’t just a question of which of the two offers more value for money, or even which is more successful on the sales charts. It’s clear that, on paper, the Magnite — with its Rs 7.84 lakh, ex-showroom, Delhi price tag — is the value pick thanks to the number of features available on this top-spec XV Premium DT version. Meanwhile, it is the Punch that outsells the Magnite by a decent margin. Nissan announced the sale of its 30,000th Magnite at the end of November 2021, which means it took 11 months to achieve this milestone. The Punch arrived on October 18, 2021, and is said to have already gone to nearly 15,000 homes by the end of November, in less than a month and a half. What we’re trying to ascertain here is which one can offer a better SUV experience, since that is what both manufacturers claim these models are.

Geometrically graceful-looking is not something one usually attributes to SUVs, but the Nissan Magnite is exactly that. Sure, the nose is reminiscent of the nowdefunct (and low-rent) Datsun brand, but it doesn’t hamper the Magnite’s desirability. Sharp lines accentuate the tall-boy design, but it’s the flared wheel arches that provide the adequate SUV musculature to the small Nissan. That, and the thick bands of plastic cladding. The rear is also pleasantly geometric, and adequately butch, though the protruding C-shaped tail-lights do add a futuristic flourish to the package.

It’s not as if the Punch is all brawn either. The slim LED DRLS, and elongated grille are definitely gracile, while also adding a sense of width to the narrower model here. The link to large SUVs like Harrier and Safari also helps. Tata, like Nissan, has used plastic cladding all around the bottom quite effectively to bring that burly SUV character. The relatively small Y-shaped tail-lights are attractive, and are well-executed in the sense that they also add to the feeling of width. So, yes, both the Magnite and the Punch tick the SUV design box, though I feel the Tata does it just a little better.

Those who purchase the Magnite XV Premium DT will be happy with the quality of plastics and the number of features on offer — especially considering the price tag — though the drab black finish will disappoint. In fact, it’s one of the main reasons why the Nissan’s cabin seems low-grade. There are fit and finish issues, too, but they aren’t as glaring as you’d think. Space is a major plus point, despite the Magnite’s size. It’s a bit larger than the Punch and it shows, particularly in the way that it can almost seat three people in the rear bench. Speaking of which, allthe seats are decently comfortable, though the larger among us may find a distinct lack of thigh support over long distances.

Nissan’s packed in some equipment that is only seen on larger, and far more expensive models with the optional tech pack, which adds about Rs 40,000 to the Rs 7.84 lakh price tag. These include puddle lamps, a 360-degree camera, some connected car features, wireless Android Auto and Apple CarPlay, and a rather decent JBL sound system. A wireless phone charger and an air purifier can be optioned as well. The 8-inch infotainment touchscreen mounted low on the Magnite’s dashboard is easy to use, but it’s not the slickest of its kind. 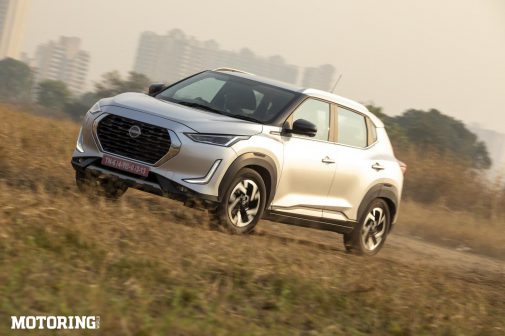 It’s the same story for the other tech bits. The fact that there is a tyre pressure monitor and a 360-degree camera is commendable, but the display for the latter is rather poor. The graphics-heavy digital instrument cluster is a bit too cartoonish for my tastes, but is informative enough. Besides these features, the safety kit is pretty good, though not class-leading by any standard. 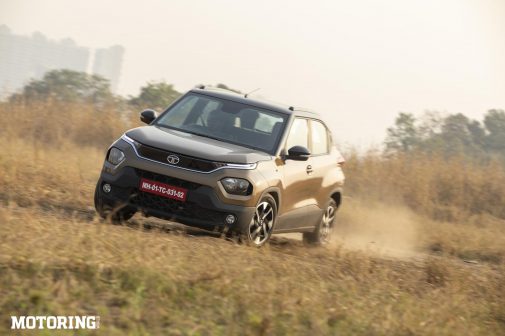 Step into the Punch, and you can tell it’s a smaller car. Quality of palistics is good and the white finish on the dash does look nice, but space isn’t as generous (especially at the back), and it is a small notch below the Magnite in terms of plushness. Still, the high driving position and the well-bolstered front seats do lend credence that this is an SUV. Although there’s a lot of kit on the Nissan that is not available on the Punch, Tata does offer automatic headlights and wipers, and drive modes for the engine — city and eco. 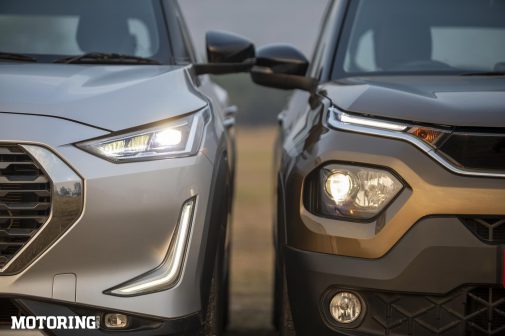 There’s some cost-cutting visible here as well, but I think the finish is slightly better executed than the Nissan. It must be said that the signs of scrimping are especially disappointing in the Punch, as this range-topping manual version, which comes with connected car tech, is priced at Rs 8.79 lakh, ex-showroom, India. Earning the full five stars in Global NCAP’s crash tests does alleviate that by a small degree. 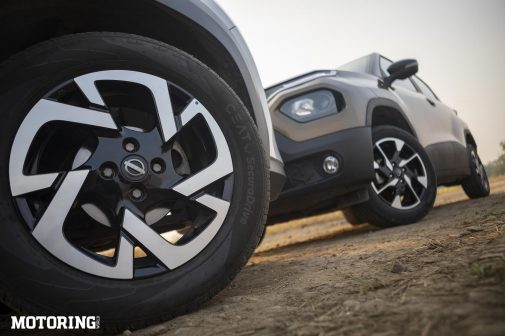 While the Punch may not win that SUV badge when it comes to its interiors, Tata’s smallest SUV almost does in terms of the way it drives. Ride and handling is superb for a car this size. Body roll is wellcontained, grip from the supple tyres is sufficient, and the way the Punch darts around corners is, dare I say it, fun. The chink in the armour is that power comes from a gruff 1.2-litre three-cylinder engine making 85 bhp and 11.52 kgm of peak torque. The figures are rather hum-drum, and it shows. It’s noteworthy that when accelerating from 0-60 kph, the Punch is decently quick, though anything beyond that takes ages. The 5-speed manual’s tall gearing means pottering around in third is possible, though not recommended. In addition, there’s no point in revving the engine to where peak power is produced. 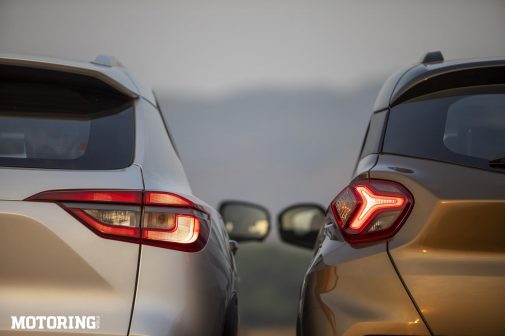 It’s a similar story with the Magnite, but for three points. One is that it doesn’t handle nearly as neatly as the Punch, especially when it goes through a series of tight bends. The second is that the lowspeed ride can get a bit jittery over successive bumps, but high-speed ride quality is laudable. The third is that the Magnite’s weaker 71- bhp and 9.79-kgm making 1.0-litre engine notwithstanding, it is actually marginally quicker than the Punch. This could be down to the fact that the Punch weighs a bit over a tonne, while the Magnite stands at a flyweight 939 kg. 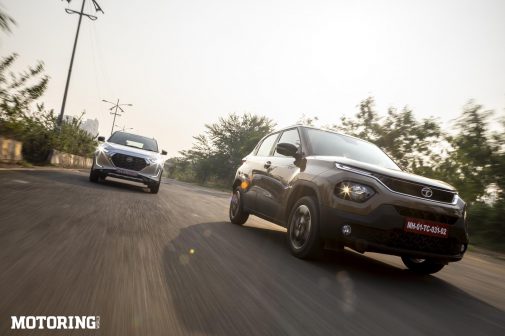 So, that’s what it comes down to. From behind the wheel — and that’s despite the anemic engine — it is Tata that delivers something closer to a bonafide SUV experience. Unlike the Magnite, which I wouldn’t dare take off-road, the Punch can (pardon my punnery) take a punch and keep on going. The inherent hardiness speaks volumes of the engineering that has gone into providing the driver with a small vehicle that feels so close to an SUV. Sure, the Magnite is better-equipped, more spacious, marginally quicker in a straight line, and is priced over Rs 50,000 lower. However, on a rough rural road, I know which one I’d prefer to drive.