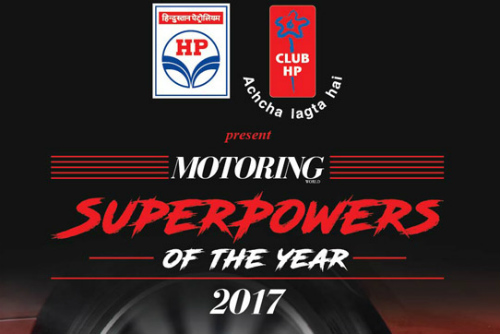 Our newest introduction to the awards (more on the main awards next month) is an independent entity itself — the Superpowers of the Year awards. While our eight-member jury remains consistent, everything else, from the parameters of evaluation to the testing process changes comprehensively, and, to be honest, all of it gets a lot more fun on this side of the proceedings. The first distinction in this category is between cars and motorcycles itself and for every obvious reasons. Going deeper into this addictive mess, however, is when things get really serious and demanding. It was never going to be easy picking between cars that possess more power than entire governments and the same goes for the motorcycles, most of which are more lethal than your average firearm. Having said that, these machines were evaluated not only on the sheer strength of their numbers (which would have been a lot simpler but far from accurate), but on an assortment of qualities that make make them worthwhile in a country like ours. The winners, therefore, are machines that are as evocative in posters on your bedroom walls as they are to live with. It goes without saying that we loved every bit of it.

Hot Hatch of the Year

Hot Sedan of the Year

Performance SUV of the Year

Cruiser of the Year

Premium Motorcycle of the Year

Superbike of the Year

Sportscar of the Year

Supercar of the Year

Superpower of the Year (Bike)

Superpower of the Year (Car)

And finally, a group shot, with all the winners: