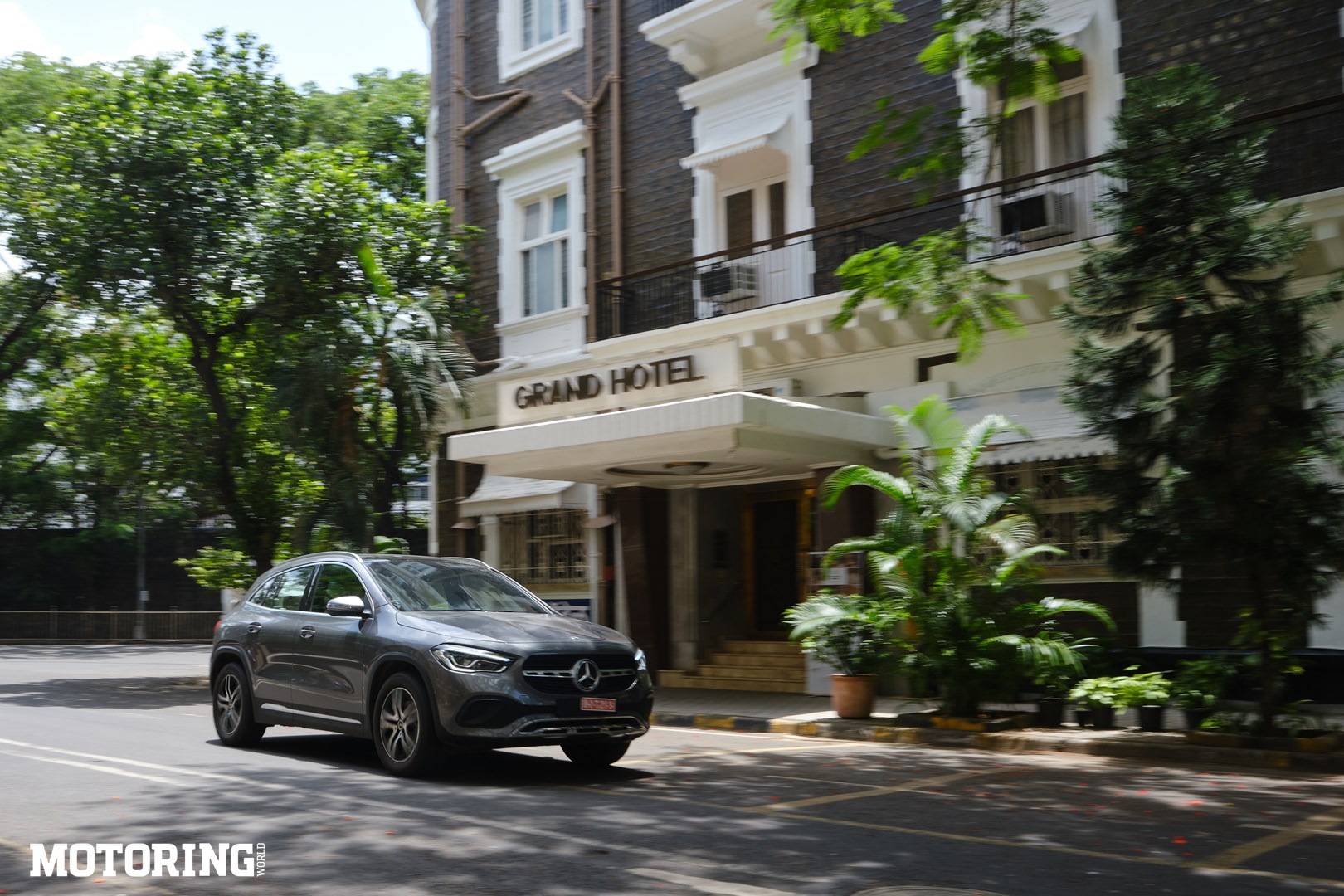 Mumbai — or Bombay, as it was called earlier — remains a mystery for many. Those who haven’t experienced it say that it’s too fast for its own good. Those who have been a part of the city find it difficult to overlook its lack of pace (traffic, never-ending construction work, you name it). Some need it to be more modern, while others want it to hold its origins closer to its heart. Enough anthropomorphism; the reality is, regardless of which camp you’re in, Mumbai embraces everything with its arms wide open. Past or future, locals or outsiders, slow or fast, this city has time and again shown that it has space (metaphorically, mind) for everyone. It’s probably second to none when it comes to showing as much love to the new as it does to the old. So, we decided to juxtapose the old side of Mumbai with one of the newest Mercedes-Benz cars on the market, the all-new GLA. 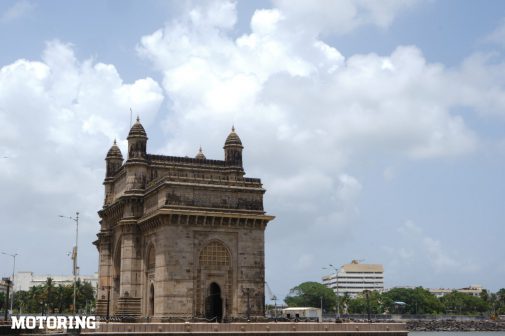 Long before the seven islands were joined to form the city that we love, Mumbai was ruled by Ashoka, the Chalukyas, the Yadavas, the kingdom of Gujarat, the Portuguese and, of course, the British. Understandably, then, a lot of its old architecture is Gothic. Possibly the best example of this is the gargantuan Chhatrapati Shivaji Terminus (or the Victoria Terminus, to give its previous name), which took 10 years to be made and which is now a UNESCO World Heritage Site. It is said to be one of the most expensive buildings made in Bombay from that era, the late 1800s. 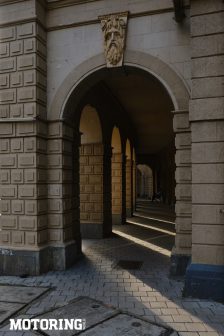 A few decades before that, another landmark was constructed in Mumbai – the Asiatic Society Mumbai Town Hall. The structure, from the early 1800s, houses a library full of original manuscripts, rare books and maps. Go up a flight of 30 steps and you’ll be able to appreciate the Grecian architecture and the eight pillars up close. A quick 360 and there’s Horniman Circle on the other side. This beauty of Neo-classical architecture, epitomised by Ballard Estate, is equally hard to ignore. George Wittet, responsible for the Gateway of India and the Museum of Wales, moved away from the Indo-Saracenic style for this one. This is among the newest of the old styles, but it’s definitely not devoid of class or visual appeal. And Grand Hotel signifies that as strongly now, nearly a century after it was built, as it must have back in the 1920s. 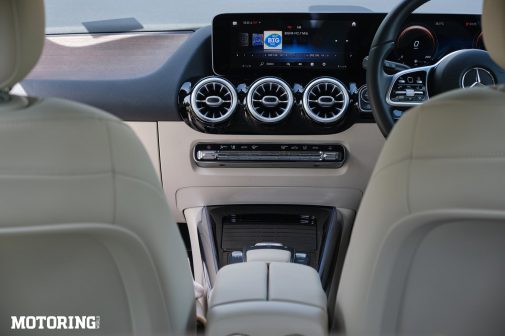 Keep in mind that was nearly 50 years after Carl Benz applied for a patent for the automobile, so it’s hardly a surprise that a Mercedes-Benz seemed fitting for our little trip in Mumbai. Of course, there’s a lot to explore, and this is barely scratching the surface, but that’s the thing about this city: you’ll never run out of interesting stories. Like the GLA, which carries forward everything good from the first-generation car, but includes enough new features and technology to make it a pretty much the choice in the segment. 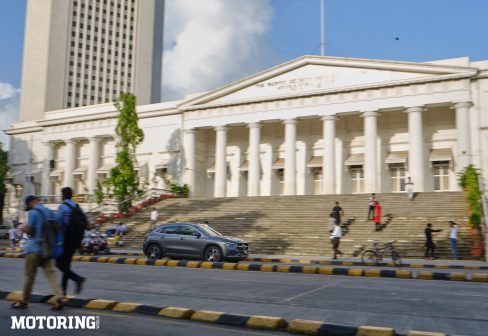 It now looks closer to the larger Mercedes-Benz SUVs and has a more assertive appearance than before. The change in dimensions is accompanied by intelligent packaging, the combination of which has made the interior roomier. And the cabin? It’s in a league of its own. The quality of materials is no doubt great, but it’s always the little touches that set a Mercedes-Benz apart. The wood on the dashboard, although used minimally, helps place the cabin a notch above the rest. 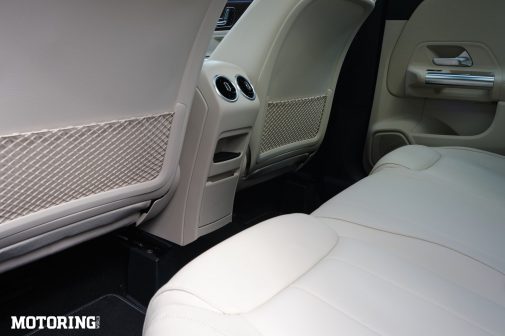 In line with customer demand, the GLA is offered with a free-standing display that offers a wide variety of customisation choices for the instrument panel. A high-res screen for all in-car audio and infotainment requirements works with the very impressive and latest generation MBUX system. The turbocharged petrol engine is as nonchalant in traffic as it is ready for a rapid overtake on the highway. 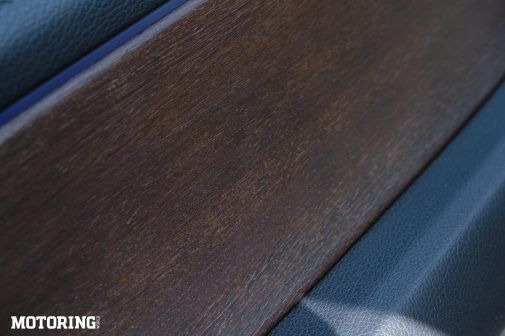 On this little excursion of ours, the GLA proved just how well thought-out a product it is. The raised seat height is helpful when traversing narrow lanes, the chunky tyres and well-balanced suspension absorb potholes with ease, and with a large glasshouse (and not to forget the two-piece sunroof), a Mumbai darshan from the comfort of the GLA’s cabin is a true delight. 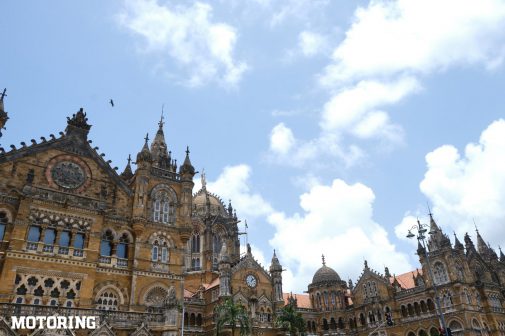 Like Mumbai, the new GLA welcomes everyone. No matter how many premium cars you’ve driven in the past, a drive in the GLA will still be an experience. From the way it looks to how it feels, the GLA has an aura that’s second to none in the space, and you don’t have to be a brand snob to appreciate it. Just like Mumbai, then, where you don’t have to be someone born and bred in the city to fall in love with it.