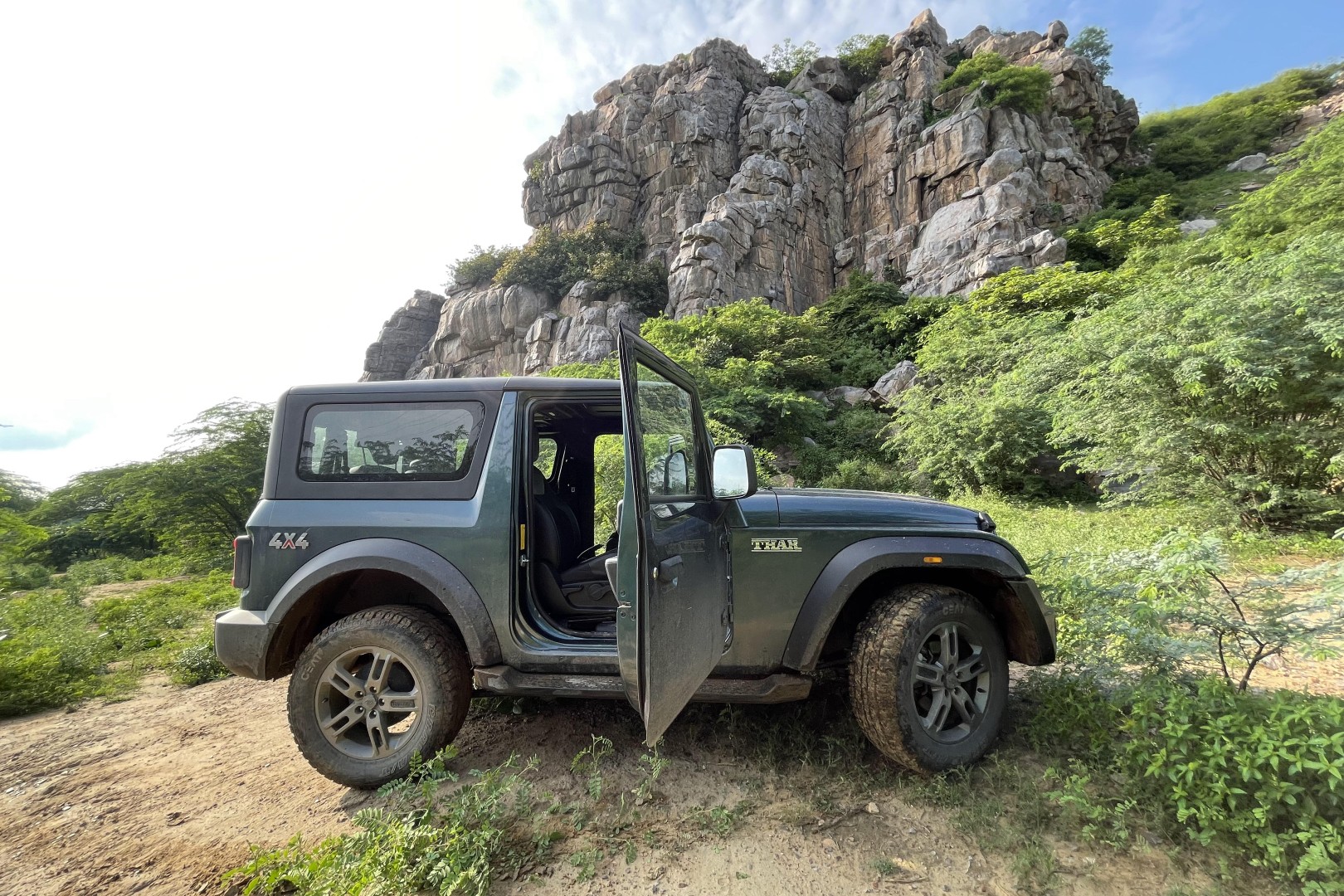 That festival had been organised by an old friend. Tenzin Jamyang, or Jammy, as he’s known in climbing circles, knows a thing or two about fear of heights, especially mine. A professional climber, Jammy quit the corporate life to follow his dream a few years back. After a long time, during which he struggled, Jammy today is living the dream, or rather, his dream. He’s the unofficial leader of the climbing community, runs climbing cafes, takes people on high-altitude treks all over the country and spends a lot of time exploring unclimbed rock faces in Dhauj — a picturesque region set in the middle of the Aravalli mountains in Haryana. I’ve shot with him, written about him and his festivals, and hung out with the climber community for years, but never conjured up the courage to climb as much as a pebble after that scary first experience. I still can’t explain it. There’s something about the speed of it, of hanging there on a sheer rock face, that just amplifies the terror. I hadn’t thought about that moment for years, but during the lockdown I realised that this fear hung like a shadow in a part of my psyche. It was time to face my demons. There was no way around them.

Jammy was understandably thrilled to see me land up in the Thar. His scouting expeditions are usually conducted on foot — no vehicle can navigate the harsh, rocky terrain, brambles and ‘kikar’ forest of Dhauj’s landscape. The Thar, however, was undaunted, and handled knee-deep slush, loose stones the size of footballs, and even entirely untraversed brush-land with consummate ease. This new Thar has some fun things going for it, including a tyre pressure monitor, a rare gimmick that has show-off potential and real-world utility in equal measure. More importantly, for someone reasonably inexperienced with off-roading like me, the Thar’s automatic transmission proved to be totally idiotproof, irrespective of whether two wheels, or all four were engaged. We drove through a canyon that looked like a set for the climax of an old-style western flick. Unavoidably gorgeous, the sheer scope of the landscape in Dhauj is as overwhelming as it is surprising, given its proximity to the National Capital Region. We went past craters, stone-stacks, blue lakes borne of the now-banned mining activity, enormous cliffs, sand and slush. After driving for almost an hour, loose rockspinging its underbelly and wild thorns pricking its paint, the Thar finally took us to the base of a sheer rock face that that Jammy had identified only on a satellite image of the area.

All I felt, looking up at this vertical facade glistening in the evening sun was a lack of optimism about my chances of being able to clamber up. I took a moment to assess that; it wasn’t fear, just a recognition of my lack of skill and training in rock climbing. Could it be that just the act of deciding to give it a go, committing to getting to this place, and doing it, was the catharsis I needed? So, did I climb that rock? I did, although not the way I thought I would, but that’s somewhat irrelevant. The Thar’s contribution cannot be understated: none of the sedans, and compact ‘SUVs’ I had contemplated buying would have ever got me to this place. And I knew that if I’d had the slightest excuse not to attempt this, then I probably would have used it to exonerate myself. That counts for a lot. On another note, for those interested in what the climb entailed, I can’t do justice with words. You can watch the film here.

A month since that day, life appears to be returning to ‘normal.’ But I don’t think that’s really true in any way. I think the pandemic and the lockdowns have left indelible marks on our lives. Sometimes, at least in my case, for the better. I still read Kerouac, but with the understanding that while books can add a great deal to our lives, if we could live our lives based on the wisdom gleaned from someone else’s experiences, then life would be a cakewalk. We all, whether we like it or not, must pass through the fire. And the clarity that’s forged in that experience can be life changing. More than that, it can be life-affirming; it takes months spent inside a house to understand that life is truly ‘out there.’ I don’t want to hold on to the railing. I want to swim in the ocean. I want to climb a rock. Get wet in the rain. Explore the world. Live life to the fullest: the good bits and the bad times. All of it.

POST SCRIPT
Oh, and in case you’re wondering, the Thar it is. From what I hear, the waiting list runs a few months, which gives me some time to save up the dough. To be clear, my endorsement is personal and not in the capacity of an auto hack. Is the Thar perfect in every way an automobile can be? Well, nothing is perfect, and I know I’ll be fine with the few quirks that it comes with. At the end of the day, you need a car that you can love. And love isn’t blind like that. It sees faults and virtues. The Amby was flawless, and I’m quite sure the Thar will be perfect. For me.