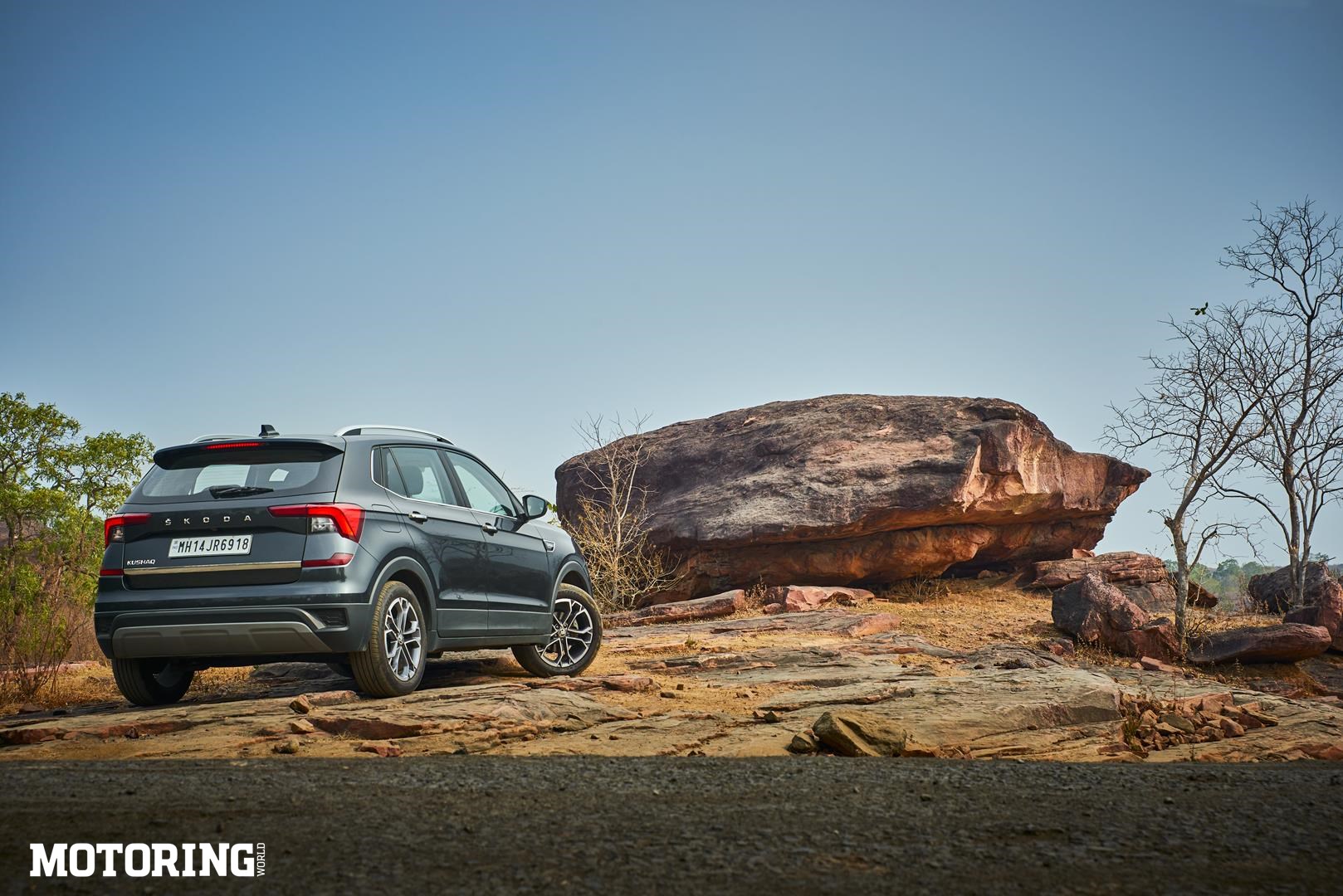 When it arrived six months ago, the Skoda Kushaq made a name of itself as a fun, solid and comfortable machine, meant for the more discerning midsize-SUV buyer. Its name does not just end with the requisite ‘q’ (Skoda’s SUVs all follow this nomenclature), but it is also a variation of the Sanskrit word ‘kushak’, which means emperor. That was quite a claim to make, but during subsequent road tests, we found that the Kushaq did live up to its name in many ways. This time around, we decided to see what significance the word has for Indians — and to take the Kushaq along on the drive. 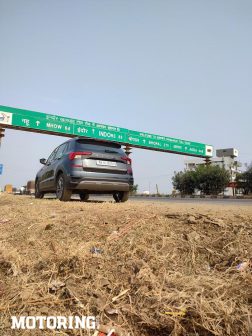 In order to do this, we decided to take the Kushaq on a trip. The first part involved a 14-hour drive from Mumbai to some of the most ancient monuments in the country, commissioned by one of India’s first and most famous emperors, Ashoka the Great. The grandson of Chandragupta Maurya, who founded the Mauryan Empire, among Ashoka’s many legacies — from his fostering of peace after the war to capture Kalinga and his patronage of Buddhism to the four-headed lion emblem that even today serves as a vital part of our national identity — are the stupas he had built in Sanchi.

An early morning start from Mumbai was decided upon, so as to reach Bhopal before sunset. While the darkness of pre-dawn and the continuing Metro construction all over Mumbai made some parts of the road a little treacherous, the wide, bright beam from the Kushaq’s headlights — along with the extremely convenient cornering lamps — helped us navigate those sections with great confidence. Smatterings of truck traffic, especially on the ghat section approaching Nashik, were summarily dealt with utter ease. It was almost surprising — but also quite expected — just how assured Skoda’s new SUV felt on the open highway.

What played a significant part in that was the award-winning engine under the rugged, sculpted bonnet. Mile-munching with it is effortless, and there’s always a very strong and well-contained (thanks to the traction control system) surge from 1750 rpm onwards, for when you need to overtake in a rush. Considering just how capable this 114-bhp 1.0-litre TSI turbo-petrol engine is, and the relative lack of traffic at the toll booths, we managed to make very good time until a mandatory break about two-and-a-half hours in, just after Nashik. The 6-speed automatic gearbox also helped immensely, as it was intuitive and quick enough to manoeuvre around those really long trucks, when a downshift was needed on the twistier sections. When the traffic cleared for a bit, using the paddle shifters just made the experience even more enjoyable. We’d experienced the Kushaq’s fun-to-drive nature before, of course, but it was just as grin-inducing this time around.

It was at that moment that an adrenaline-pumping song started playing on the six-speaker audio system, which, by the way, comes with a bassy subwoofer, and I found the manner in which the Kushaq grooved to music just added to the feeling of joy. It felt planted when asked to perform multiple lane changes quickly, which was usually what was needed in order to thread between very slow-moving trucks and three-wheeled cargo transports that took up the left and right lanes. The chassis felt oh-so-taut, while the suspension smothered all the uneven highway and bridge expansion joints that are a feature on our highways. 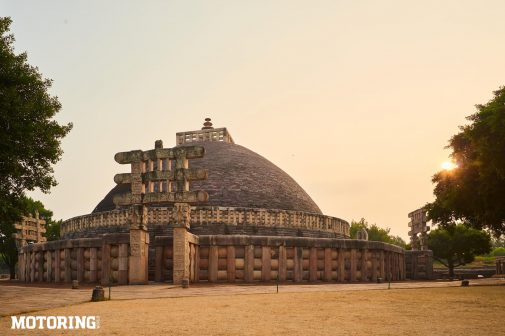 Other than the aforementioned expansion joints, the condition of the highway was brilliant and this continued well after we had crossed Nashik and were closing in on Dhule. What was even more astonishing was that thanks to the well-paved sections of highway, we were at the Madhya Pradesh border when we stopped for breakfast. I was really enjoying the drive, but knowing that it’s always safer to switch drivers after a long-ish drive and an early start, I grudgingly handed over the keys to my co-pilot and cameraman.

It turned out that the passenger seat was a great place to grab a quick nap, especially after a heavy breakfast. I have to admit that the extremely supportive (and cooled) seat played a rather significant part in putting me to sleep. The many speed breakers before the tollbooths — and on some descents on the ghats — didn’t disturb my nap either, which was great. I awoke a little before we crossed the Narmada river, and took some time to just admire the scenery. The rocky, yet green view rushing past, along with the silence that the Kushaq’s well-put-together cabin enveloped us in, brought a sense of peace and calm.

The drive from Indore to Bhopal was a smooth affair, and we arrived well in time to watch the sun go down over the city, which was also in the throes of Metro construction. Due to the early morning behind us, and the ones to come, we decided to have a quick dinner and tuck in early. Despite the 14-hour drive, we were less tired than we should have been, which just goes to show how cosseting the Kushaq was. In every way, it felt like it was giving us royal treatment commensurate with its name.

Another early start to head to Sanchi was on the cards, and we arrived a little before the sun rose properly, just in time to enjoy the Kushaq’s curves, and the amazing stupas in the morning light. Walking around these ancient stone monuments filled me with awe, both for the skill of the builders, and for the man who had the vision to create something so long-lasting. Of course, the stupas have been restored many-a-time, but to still be around after over 2,300 years is simply stupendous. Yes, some parts are in ruins, but are still preserved as best can be. The famous Ashoka pillar, which used to stand about 42 metres in height next to the southern gate, lies in four pieces — one still standing, one in a display next to the broken pillar, one in the nearby museum, with the famous four-headed lion that topped it also exhibited (with scaffolding) in the museum. It was at this point that a rather interesting thought occurred to me.

In my mind, the borrowed-from-Sanskrit word, Kushaq, written in the Roman script, almost juxtaposed with the inscriptions seen on the Great Stupa. After all, Prakrit, rather than Sanskrit, was used with far more frequency in that era, as the latter was used more for Hindu ceremonies, both religious and bureaucratic, rather than Buddhist, which was the prevalent religion of the time. In fact, most of the Edicts of Ashoka — which describe the Emperor’s view on dhamma (dharma in Sanskrit) and are inscribed on many rocks, pillars and stone slabs still found around the Indian subcontinent, and in museums the world over — are written in Prakrit. It was also fascinating to learn that there were a variety of languages — including Greek and Aramaic — being used in India even 2300 years ago.

Next on the agenda were the Bhimbetka rock shelters. It was a different sort of drive from Sanchi to the caves, where the oldest-known rock art and one of the largest prehistoric complexes in India can be found. The path leading up to the caves was a village road, and had some rough patches and some really rough patches. None of it fazed the Kushaq a bit, though. Walking into one of the caverns, which had parts of the roof adorned with images of mounted and foot soldiers, I was stunned by the antiquity of the works here. Some of these date back to 8000 BCE (over 10,000 years ago!), and their intricacy was astounding.

Another important aspect of being an emperor is sheer luxury, which we indulged in by spending the night in an Imperial room at the Jehan Numa Palace hotel in Bhopal. It was sumptuous without being overbearingly opulent — which is something that nicely describes both the hotel and the Kushaq. Neither is understated, but they aren’t over-the-top either. Our richly-appointed and spacious room complemented the fantastic drive we had had thus far. One could could go as far as to say that it had been an experience of imperial standards, no less. 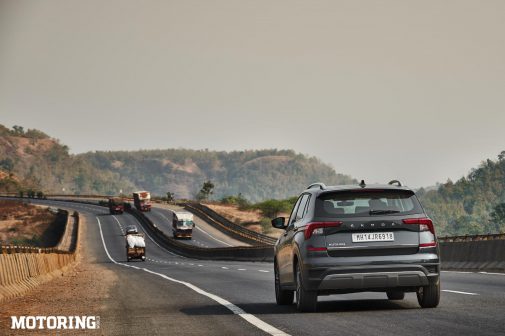 On the drive back to Mumbai, I thought about what we learned from our little expedition. The Kushaq, like any product from Skoda, is here not just to rack up the sales numbers but to create an enduring legacy for itself. From what I experienced on this near-2000 km journey — taking into account the way it looks, how safe it is, the driving excitement it delivers and its topnotch levels of comfort — Skoda has built a car that should have no problem achieving both objectives. It really is fit for a king, true to its name.