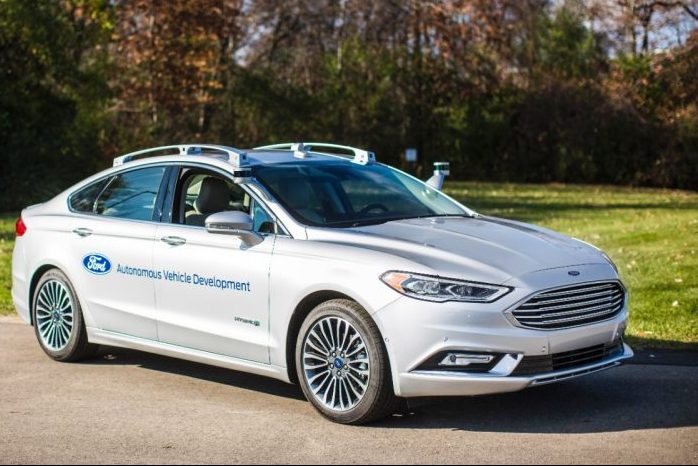 Ford is working on a fully-autonomous car platform, which it plans to introduce to ride-hailing services in 2021. The latest project, based on the Ford Fusion Hybrid, has components closer to production and better processing power than before. With inputs from Ford, we take a look at what comprises an autonomous car.

To start with, in place of a driver (who controls the car — and more importantly understands the traffic condition and takes decisions) there has to be a computer (with impeccable abilities). And to understand the computer’s commands the car has to be modified accordingly. In case of the Fusion Hybrid, apart from the added gadgetry and software updates, the car also gets a larger electric component to support the autonomous system. And while Ford intends to remove the steering wheel and pedals once the car is ready for use in autonomous ride-hailing services, at this point in time, the test car continues to have conventional controls.

On the other hand, the new ‘driver’ is thoroughly updated. The processing unit, sits in the boot of the car, is faster than before, and makes about 1 terabyte of data in an hour. This is also the decision taking part of the car, and hence is one of the most crucial bits.

But its functions depend heavily upon the information it’s fed, much like in case of the human brain. For that, there are multiple cameras and sensors (helping the car ‘see’: direct perception), and pre-installed information (mediated perception: 3D maps, road-signs, traffic signals, buildings, etc.). LiDAR sensors (two of those) give a 360-degree view of around the car. They are powerful enough for a sensing range of about a football field in each direction. Apart from that, the short and long distance sensors help in tracking other objects on the road. And then there are three cameras (two on top of the car, and one under the windscreen).

All that information is then processed by the high-end computers, which in turn, send signals to the control the car. And that’s how, in layman’s language, an autonomous car works.