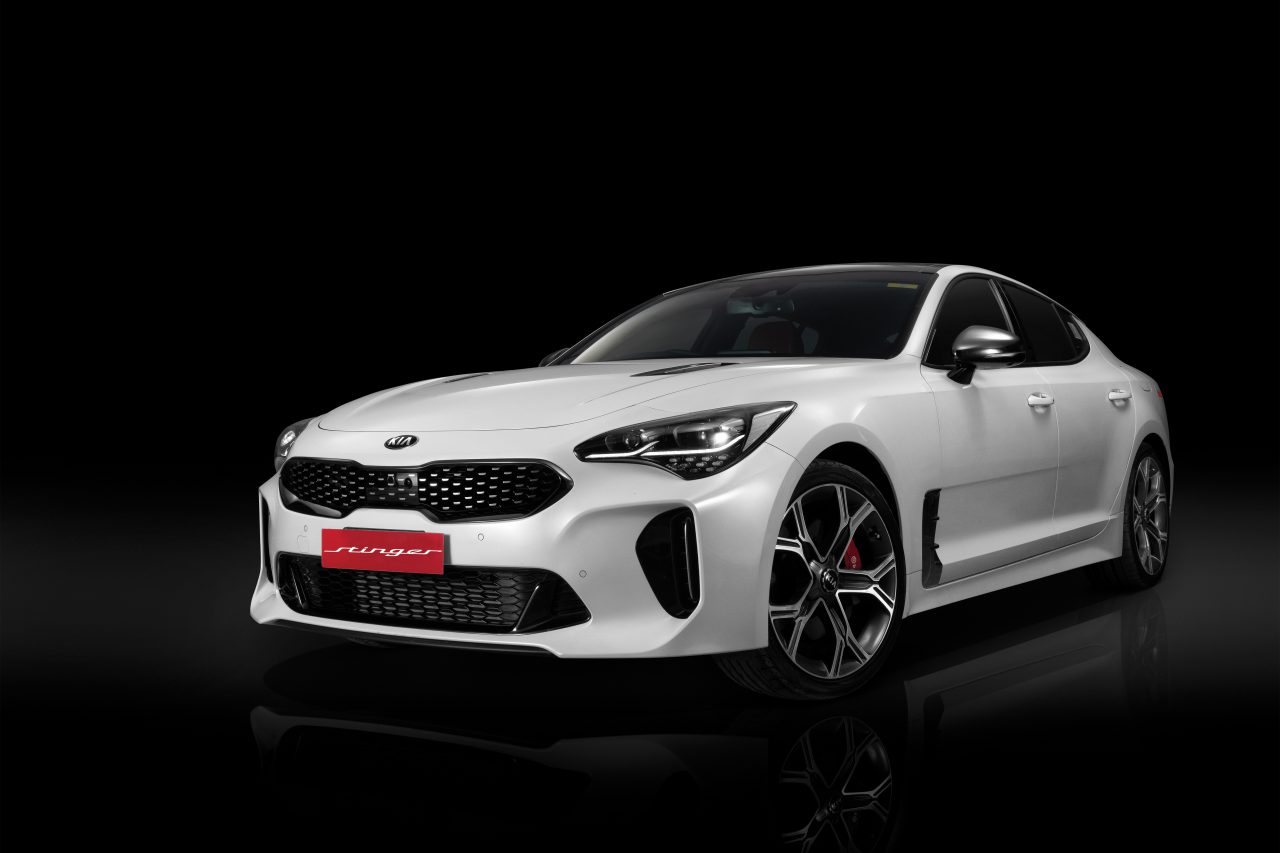 For a brand like Kia, that’s making its maiden entry into the Indian market, image is an important thing. Not just because of what it wants to be — and where it wants to be — in the Indian context, but also because Kia appears to have taken on a big challenge head-on. And that’s to show prospective buyers how to make cars that don’t just do the job but are also appealing — and have a bucketful of character in them.

What’s going to work for it is the fact that Kia is considered young, and has a variety of models globally that can and will possibly cater to every car buyer out there. And most importantly it is what one would refer to as cool. Following the same thought, we decided to take a look at what’s undoubtedly the coolest car there is in Kia’s global line up, the Stinger GT high-performance saloon.

When the Stinger GT was turned into reality from its equally breathtaking GT concept, Kia pretty much laid its plans right in front of everyone. That the Korean carmaker was about to revolutionise its design direction wasn’t just the only takeaway from that. Kia was about to give car lovers a product that wouldn’t just please the one behind the wheel but also the keen onlooker alike. 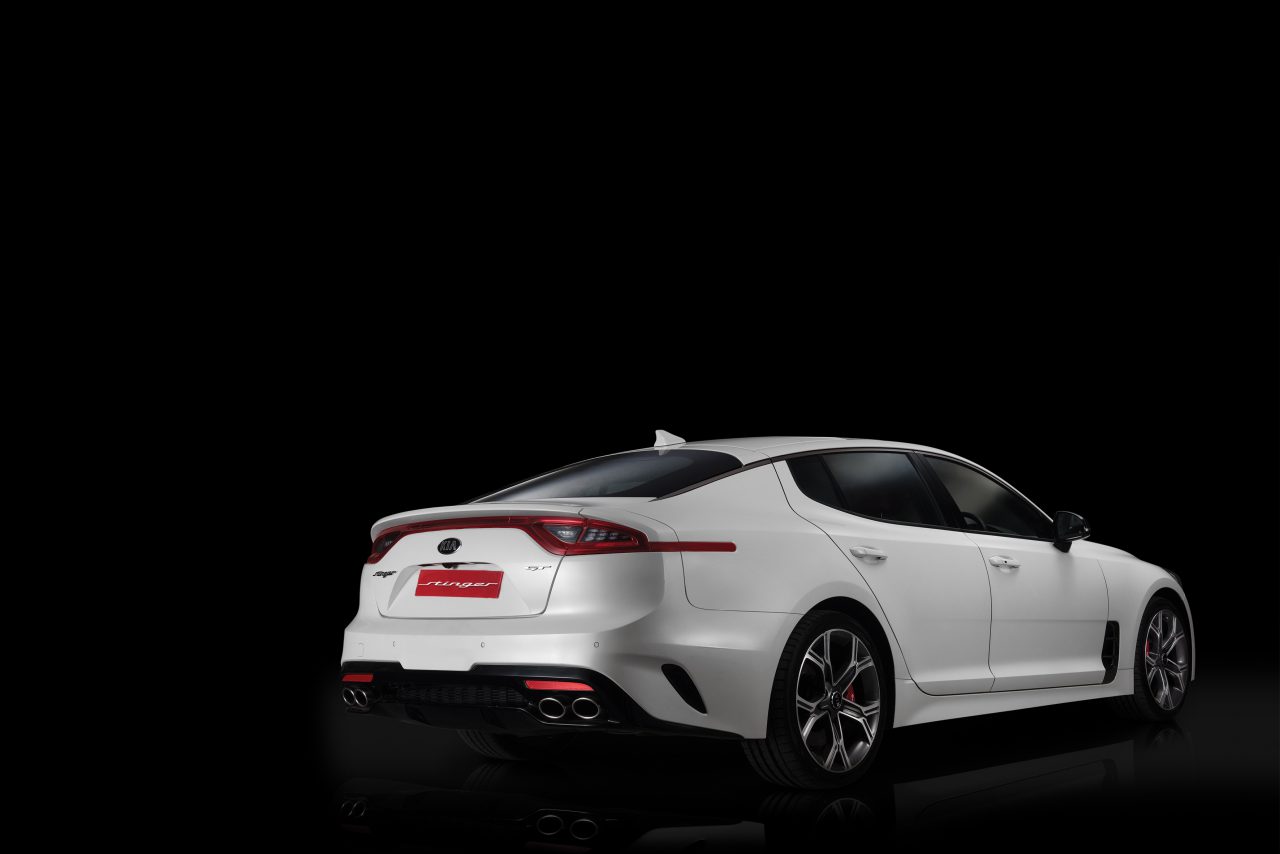 The Stinger was designed from the ground up by a team of highly skilled designers — present across Kia’s design centres (in Namyang, Frankfurt, and California) — embracing the style of GT cars from the 70s. And the most important aspect of the design is the fastback body style of the four-door GT saloon. Look at the profile and it’s hard to not be amazed at the way the roofline meets the boot. The tail-lamp cluster which is curved around the sporting rear design extends to the rear fender. 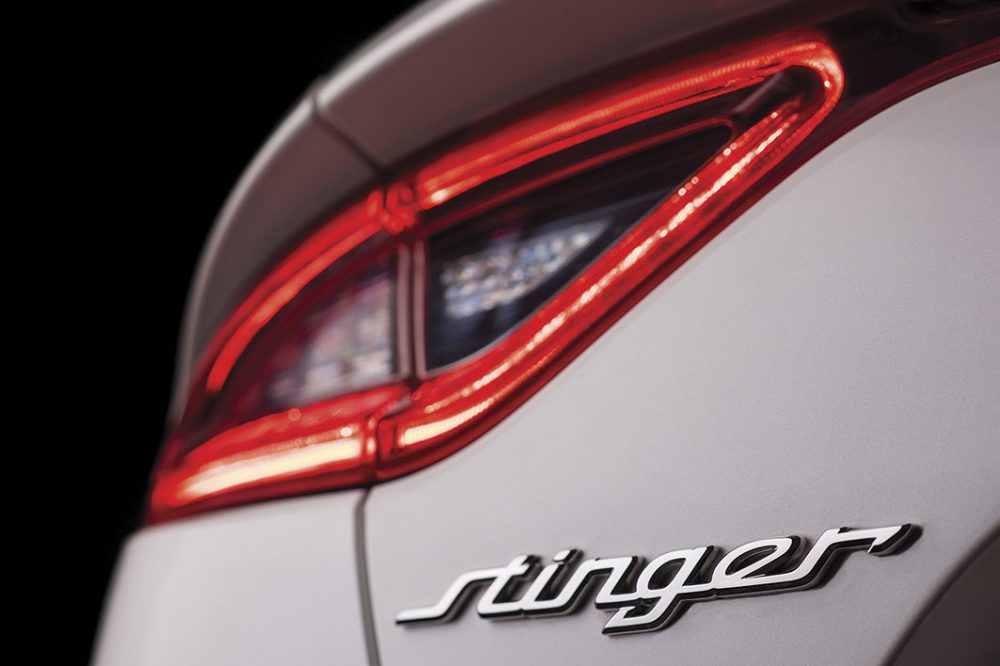 Apart from its functionality, it also manages to break the monotony of the metal bodywork and is a clear sign of how well the styling is thought out. But what demands your attention — and everyone who appreciates good design for that matter — is the use of straight lines. Kia takes pride in the presence of straight lines on its products. On the Stinger GT, lines have equal importance. The visual volume of the sports saloon is complemented by its lines. The clamshell bonnet not just emphasizes the sporty intent of the car, but also goes an extra mile in adding a fair bit of muscle to the overall aesthetics. 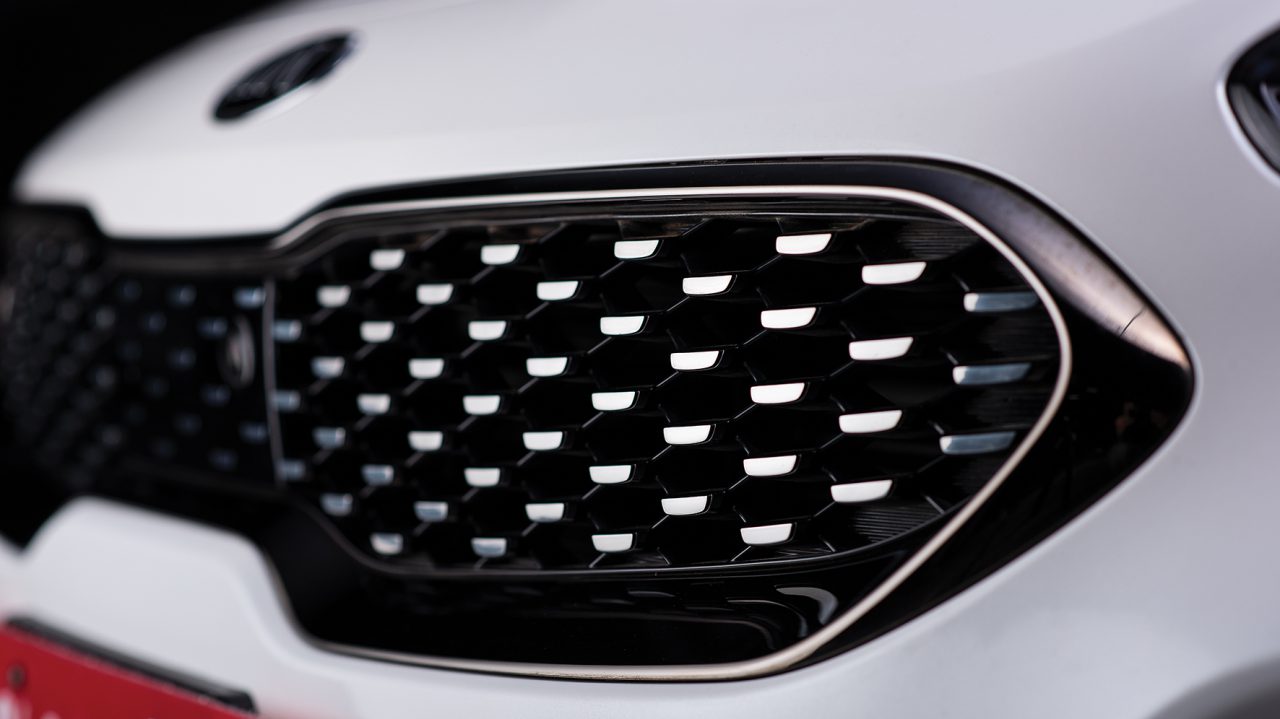 What often gets highlighted about Kias is the equally arresting sight of the trademark Tiger Nose grille. It debuted on the Kia KEE sports coupe concept more than ten years ago and has since been a part of Kia’s much-appreciated design language. On the Stinger GT, it’s second to none as far as appeal goes. And you’ve guessed it right, it will justify its presence on the upcoming, India-specific Kia SP2i compact SUV. 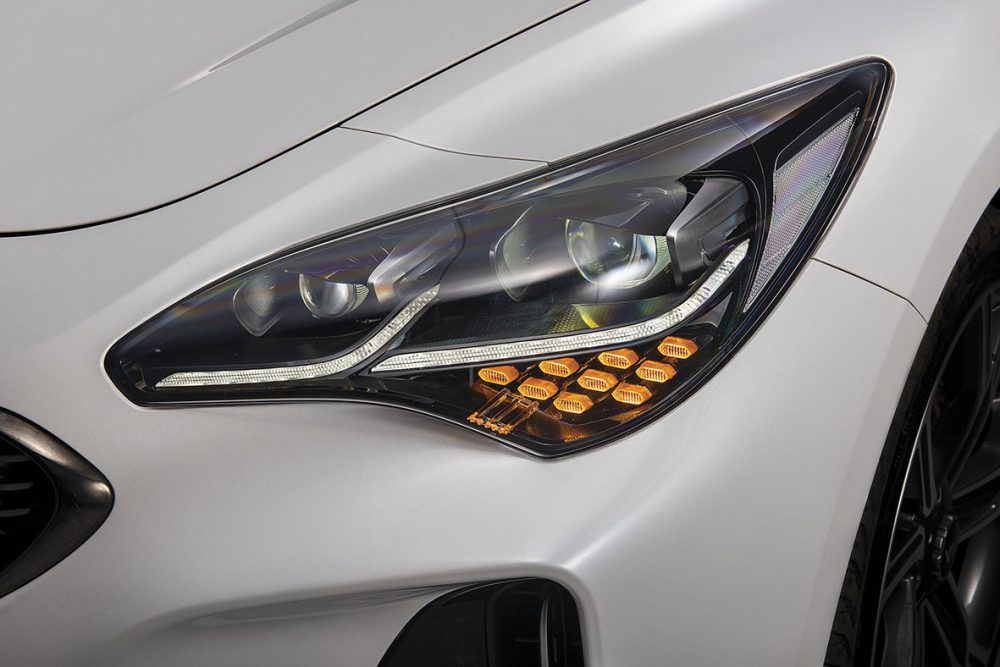 And good design doesn’t go unnoticed. If you look at the last few years, the beautiful design that modern Kias adorn has got quite some recognition, too. The company currently has 24 Red Dot Design Awards in its bag, three of which were won this year. And that’s not all! Since 2010, Kia has won 18 iF Design Awards, and again three of these were won this year. And our Stinger GT is no stranger to awards — how can it be! Apart from the numerous awards bestowed upon it by various publications, the Stinger GT also received the EyesOn Design Award for Production Car Design Excellence soon after it was unveiled,  and of course, the prestigious Red Dot Award, too. 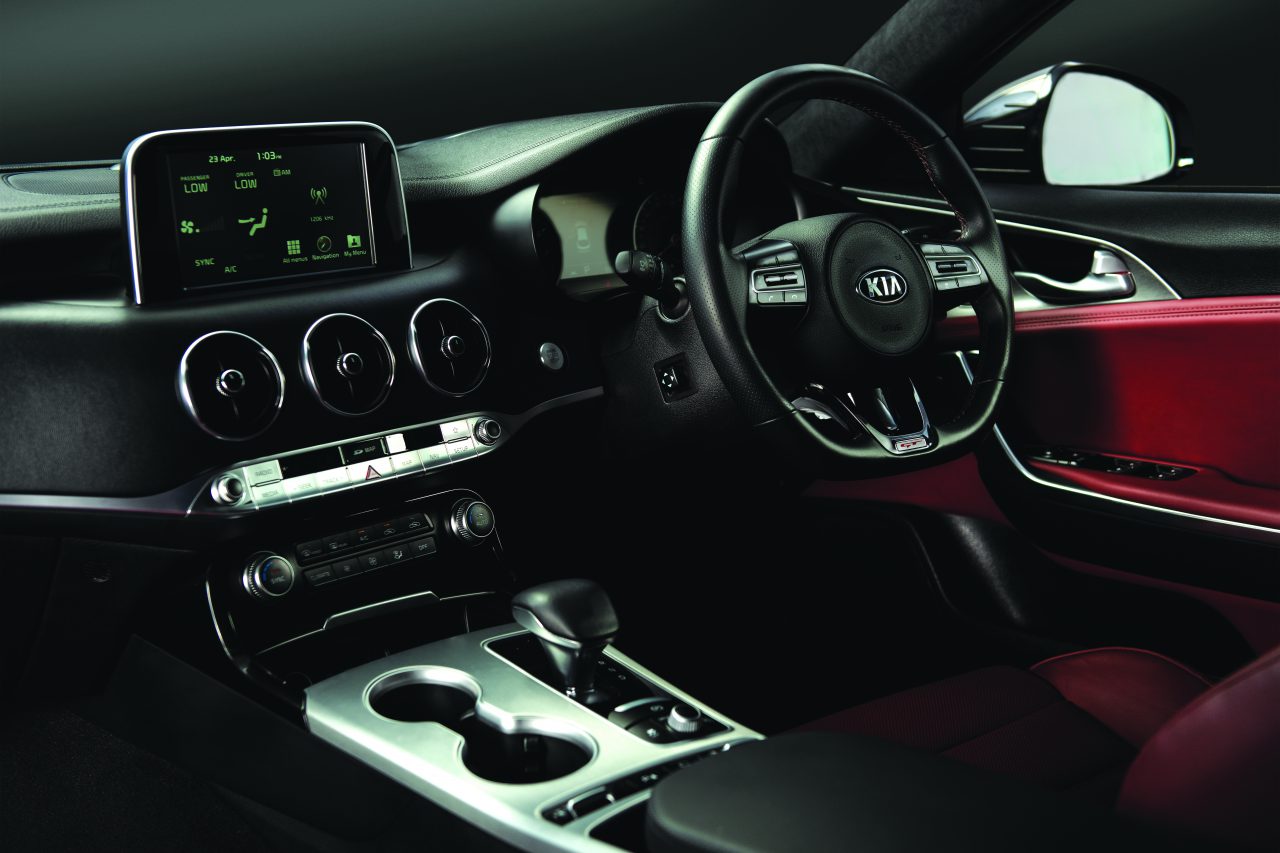 Kia has proven a few things with the Stinger GT. That this is exactly how a young carmaker should be designing cars. That it’s exactly the kind of cars a young carmaker must be making for its patrons. And this is exactly how a young carmaker must equip itself to take on the challenges by the Indian market. Isn’t it? Now considering that Kia has been in existence since 1944, it’s, in fact, one of the most experienced carmakers out there. But its image is a young and fun brand. Which is what it really is! The image matters a lot — and Kia’s got its right.