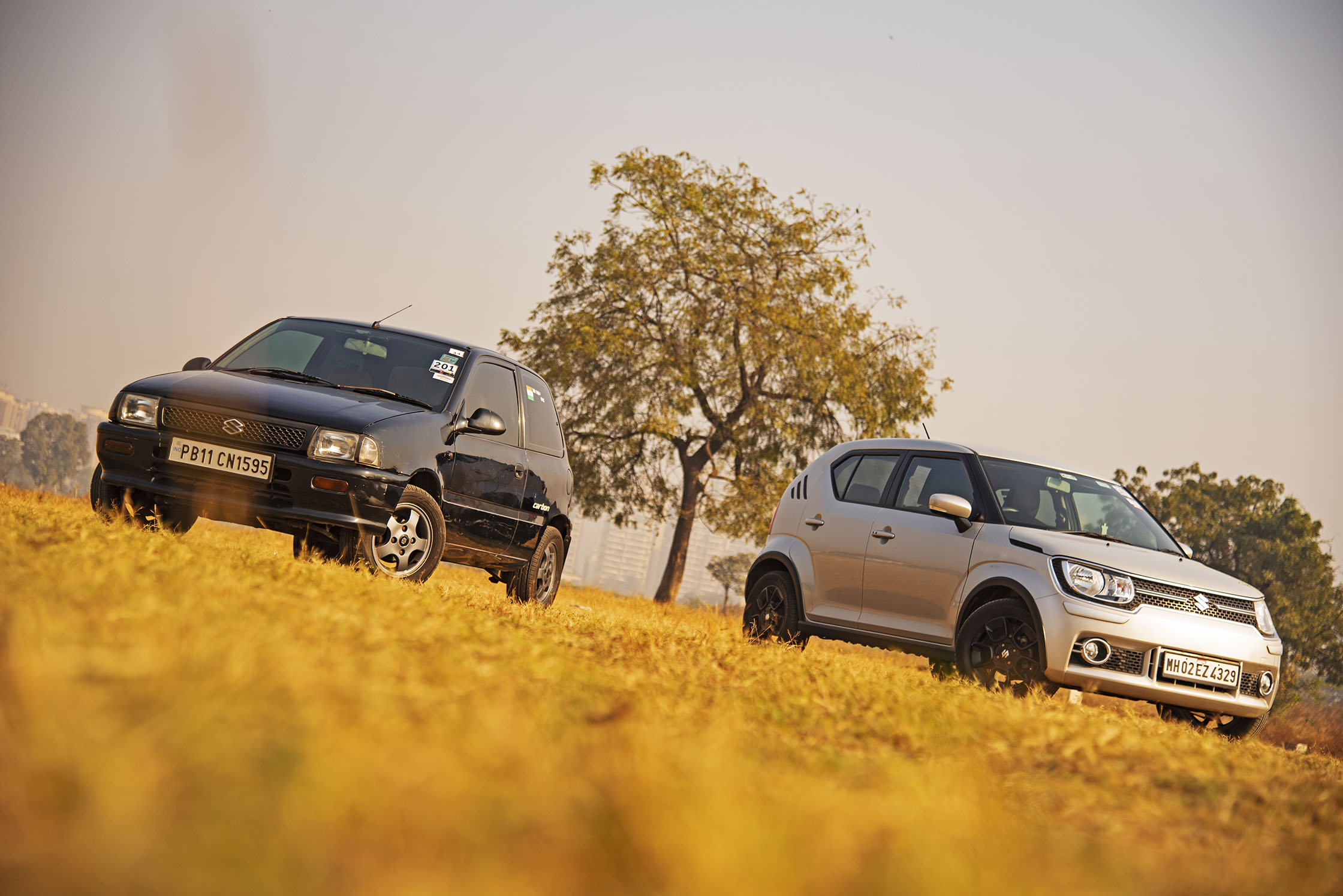 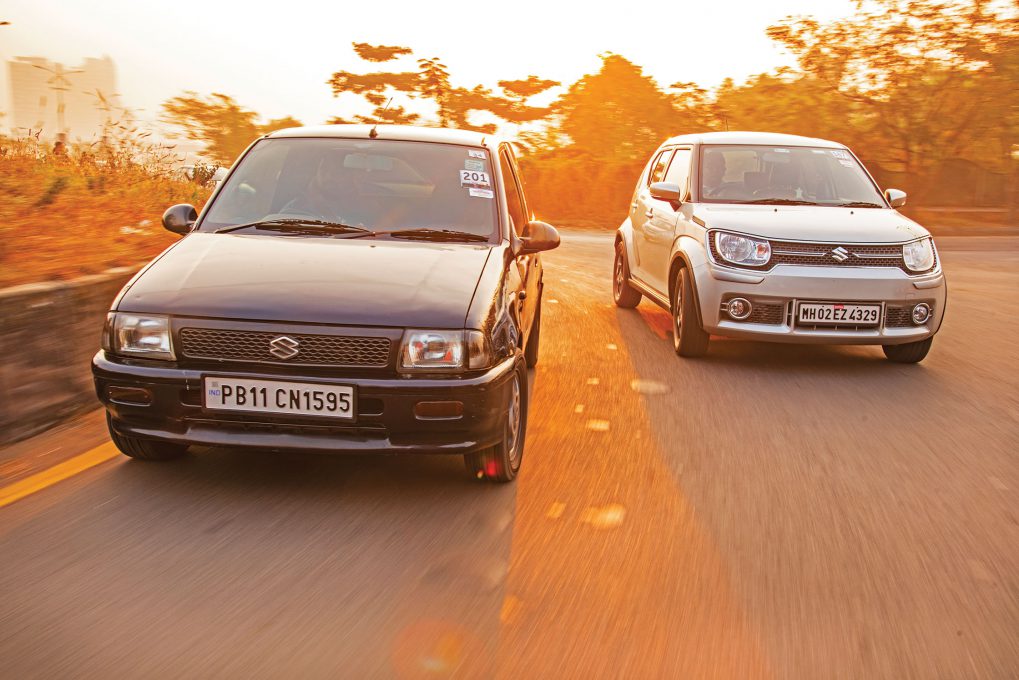 Imagine this — the year is 2003, you are an executive at Maruti Suzuki, and you have just been informed that a shipment of 600 two-door Zens for export had been cancelled. You could either wait and hope for another order of the same quantity to come by again or you could take a risk and try to sell them in India. Well, one executive decided to take the risk and the rest, as they say, is history. At the time, the Zen was already an established member of the Indian motorsports scene, with people trying to extract as much power from its 1.0-litre mill as possible and some even going larger-engine swaps. And when the two-door Zen was launched in limited numbers, it flew off the dealer lots.

The two-door Zen was available in two versions, a black one called the Zen Carbon and a silver one called the Zen Steel. We managed to get our hands on a Zen Carbon to see just how good it is, and for good measure, we brought along what we consider to be the spiritual successor to the Zen, the Maruti Suzuki Ignis. These cars belong to a pair of enthusiastic gentlemen who like to explore the limits of their cars on a racetrack, which explains all the stickers.

When you see the cars together, you realise just how far we’ve come in terms of design, from the Zen’s diminutive proportions and clean lines to the Ignis which towers over the Zen and has all manner of creases and lines on its body. The small mild-mannered family hatchback that is the Zen is transformed into a mean hot-hatch with its smoked headlights and tail-lights, and low stance. Definitely not something to be messed with, either on a race track or the streets. The Ignis, on the other hand, doesn’t look nearly as purposeful, but don’t let that fool you — it’s just as happy harassing much larger cars while putting a smile on your face.

It’s surprising to see that the Zen came standard with 12-inch wheels, while the Ignis makes do with 15-inchers. I guess that’s progress for ya. When they made the Zen a two-door, the front door had to be extended to allow for the rear passengers to get through, and the result is the hilariously long door and front window. Inside, the Zen has a fairly simple dashboard with great visibility outside. The owner of the car, Tarun Rohra, made some tasteful modifications including a sportier steering wheel and leather upholstery. ‘Infotainment’ wasn’t even a word when the Zen was on sale, and you’re all the better for it. There are no pesky screens to distract you from the driving experience here, it’s just you and  the machine. Speaking of screens, the Ignis has a honking big one smack in the middle of the dash, because having satellite navigation and access to your entire music library doesn’t mean you can’t switch it all off and focus on the driving experience.

The Zen is powered by a sweet 993cc inline-four-cylinder engine that, even after 17 years of service, feels as smooth as the day it rolled off the assembly line. It revs quickly and cleanly all the way to the redline, too. Actually, it’s possible that the engine is better now than it was when it first rolled off the line. A 5-speed manual transmission puts the power to the ground. Throws are longer than I’m used to, but the clutch is light and shift action is just the right amount of notchy to make you feel engaged. It isn’t the most powerful car around, but that won’t stop you from having fun. The chassis is very communicative and rewards your efforts with excellent feedback of what’s happening at the front end. Some of the suspension components are a little tired after serving for so long, but despite that, the Zen hustles when you need it to. I completely understand now why people are so insistent on putting more and more power into the Zen platform — the car really just asks for it!

I don’t have to remind you just how much I love the Ignis. Its 1.2-litre engine and 5-speed manual transmission combo keeps you engaged even in the doldrums of traffic. The steering is light at low speeds, but firms up as speeds increase, shift action is light but so precise, you don’t have to worry about slotting it into the wrong gear here. This particular Ignis, owned by Dylan JS, has an aftermarket end-can on the exhaust that sounds fabulous. If the Zen was the grumpy grandpa, ready to give an earful to anyone who wronged it, the Ignis is the fun-loving teenage grandson, always ready for new experiences, meeting new people and enjoying every moment of life. 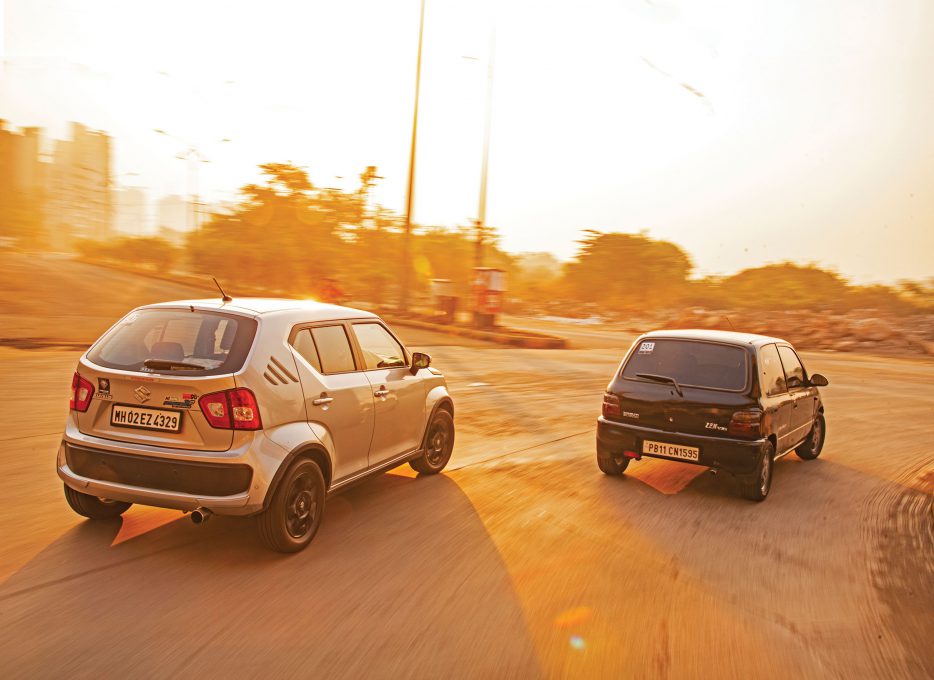 Yes, the Ignis has to make considerations for practicality and comfort as well; it seats four people in great comfort, five in a pinch. It’s got nearly two decades of safety advancements under its belt and despite all of that, manages to show its fun side every time you prod the throttle. After a day well spent with these cars, I can tell you that the gaping hole left in our hearts by the limited run of the Zen Carbon has been filled by the Ignis. The same fun-loving DNA courses through the veins of both these machines, the only real difference being you can walk into any Maruti Suzuki dealership and get your hands on an Ignis. If an order-cancellation predicament were to arise with a shipment of special-edition Ignises, you know where to reach me, Maruti Suzuki!