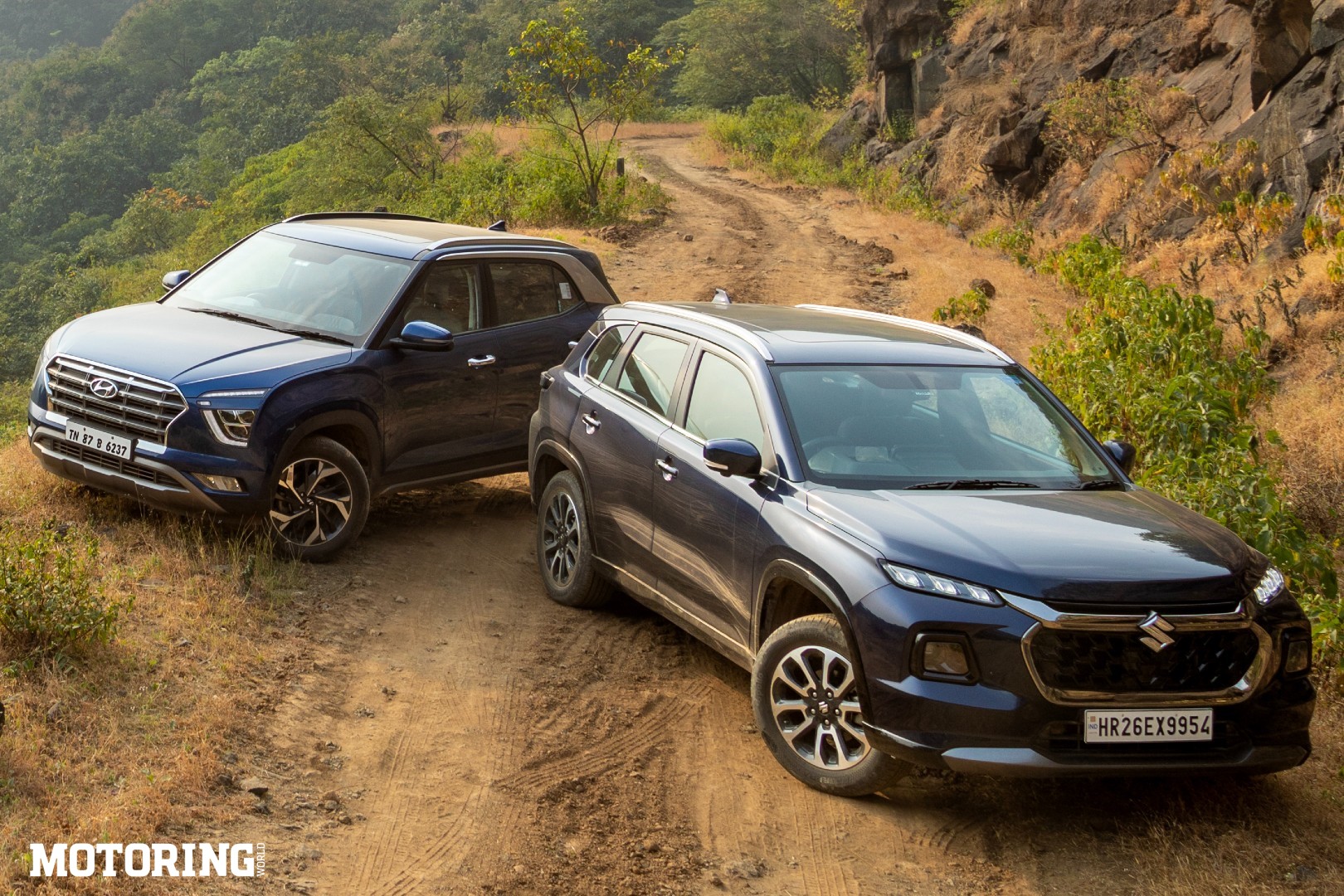 We all marked our calendars on the day — April 1, 2020. It was the day when a large number of diesel cars had to be axed from our market. Maruti Suzuki was one such manufacturer that had to stop using both, the superb 1.3-litre Multijet engine, and its in-house developed 1.5-litre diesel engine. Common perception still suggests ‘if it’s an SUV, it’s got to be a diesel’, and despite the shift to more stringent emission norms (and the expense that goes into meeting them), carmakers like Hyundai have soldiered on with their small diesel unit.

While Maruti Suzuki tried to (and succeeded to a small degree) substitute the loss of the diesel by democratising its CNG technology, there really didn’t seem to be a substitute for the oil-burner in the brand’s lineup. That was until Maruti Suzuki leveraged its alliance with Toyota to bring out the Grand Vitara hybrid. Fuel-efficiency (and a smaller carbon footprint) are Maruti’s hot buttons, but can the Grand Vitara hybrid actually match the mile-munching, city-slicking, and tech-laden Hyundai Creta diesel? I mean, it isn’t for no reason that this Hyundai is the most popular diesel midsize SUV. 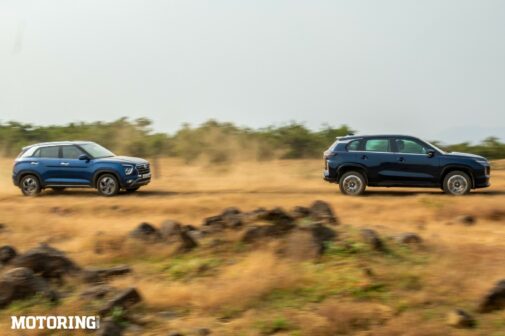 So, to the most important part first — their respective long distance capabilities. I had the opportunity to drive the Grand Vitara down from Delhi to Mumbai (you can read about the mile-munching adventure in our anniversary issue), and it came across as a very long-legged piece of machinery. A time crunch meant we had to maintain a blistering pace (yet toeing the speed limit), and the Grand Vitara was able to do what my right foot demanded for the most part. It delivered such impressive mileage that I went a little over 700 km on a single 45-litre tank of petrol. Now, that makes for a figure of around 16 kpl.

However, if I had been driving it the way it’s meant to (and the way I would when my elderly parents are in the car), the thrummy 91-bhp 1.5-litre three-cylinder Atkinson cycle petrol engine wouldn’t have to work as hard. The 79-bhp electric motor would help maintain a steady 80 kph, and maximise every litre of fuel. When the opportunity presented itself again, I tested just that, and found the indicated fuel-efficiency figure on the digital instrument cluster displaying something north of 20 kpl. That’s a theoretical range of 900 km.

During the same test, the Creta’s 113-bhp 1.5-litre diesel engine posted a frugal 18 kpl, which means that I would be able to go about 900 km on the Hyundai’s larger 50-litre tank. So, considering the price of diesel, and the fact that the Creta SX(O) AT you see here costs Rs 18.09 lakh, ex-showroom, Delhi, it’s technically still more economical to take the Creta. And while I did come to like that surge of instant torque from the Grand Vitara’s electric motor when I flexed my right foot, I prefer the slug of torque, and the gradual petering off, I get from that diesel engine.

Where the Vitara does shine, is in terms of refinement, at least when compared to the diesel. Yes, the petrol engine kicking in is noticeable, but while cruising and driving in the city, you don’t see much of it, unless the 0.74kWh lithium-ion battery.needs replenishing. And even with the engine, it’s quieter than the clattery diesel. Hyundai diesels are smooth, but only in contrast to other diesels. Overall sound insulation on the Maruti Suzuki is also better, with less tyre and wind noise filtering in. 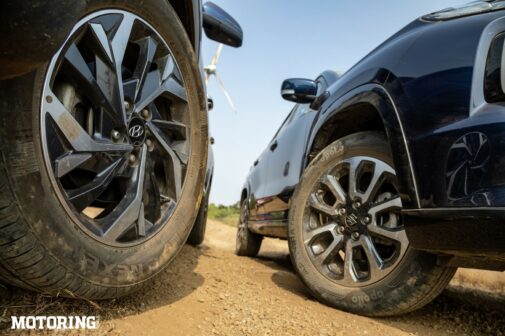 Whether it’s due to the battery pack sitting low, or the suspension setup, the Grand Vitara also felt surer at high speeds. There’s barely any of that up-and-down motion coming from the rear that is more than just discernible in the Creta. Overall ride quality in the Grand Vitara is more my taste — stiff enough to cut down on waddle, but plushy enough to smoothen most bumps. The Creta is softly sprung, and while it does handle sharper ruts (those expansion joints on highways come to mind) better, It’s not as sure of itself when high-speed manoeuvring is called for.

Sport mode does help tighten the steering a bit, and the smooth-shifting Hyundai 6-speed automatic holds the right gear when you need it, but the Grand Vitara feels more assured when performing that typical slalom through trucks moving at 40 kph, on a 100 kph expressway. The Maruti may not have the grunt to keep pushing — after that initial shove from the instant torque, the amount of noise coming from the petrol engine does not justify the propress you make — but many will feel more confident when going up or down twisties. 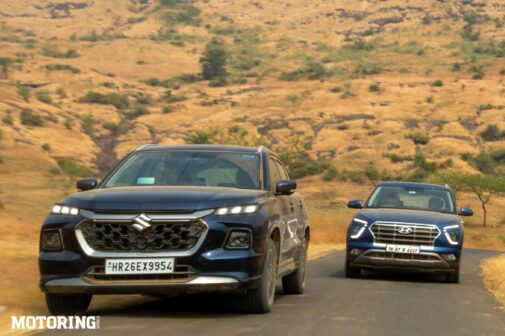 The Grand Vitara’s chassis also shines through beautifully, whether there’s rough roading involved, or when cruising down a highway. It feels solid in a way Maruti cars usually don’t, but there’s still a hint of that old-school cost-cutting, especially on the inside. The Creta may not feel as solid overall, but the interior feels more premium and well-put together. The fabric roof liner, and the fabric covering the massive sunroof both don’t feel up to the mark, and the HUD feels like it could develop a judder with age, though the rest of the cabin feels nice enough to be in, and durable enough to warrant getting the extended warranty.

Both these SUVs have a commanding view of the road, and managed to make me feel quite comfortable over long distances, though the Creta’s power adjustable and cooled driver’s seat did offer more lumbar support. The rear seat experience is also marginally in favour of the Hyundai, due to the Grand Vitara’s slightly stiffer seat cushioning, though in both, the reclining and split-folding bench is best used by two. Where the Creta scores high, is in the boot space — the battery pack in the Grand Vitara means there’s just 233 litres of space, which is nearly half that of the Hyundai’s 433-litre one. 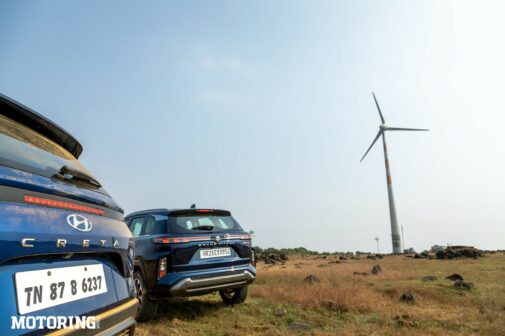 Neither of the SUVs here really have me sold on their design. The Creta’s split headlamp setup and front styling continue to polarise opinion, but it is more endearing, yet commanding, when viewed from other angles. Meanwhile, Maruti Suzuki definitely has that boxy SUV shape that Indians like, but the split head-lamps with Nexa’s new signature three-dot LED DRLs, and awkwardness of the overhangs gives it an odd proportion. Still, the Grand Vitara has that SUV stance nailed, and those unique LED tail lamps do look rather nice, even if they are reminiscent of those on the Jeep Meridian. 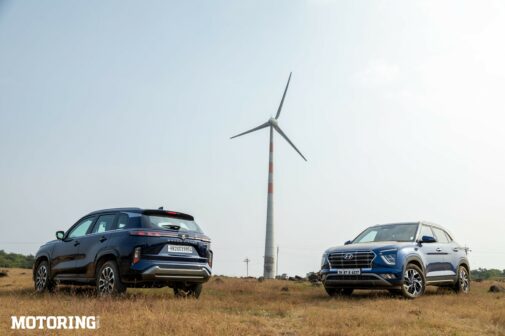 I find design and aesthetics to be a rather personal choice, but there are some aspects that have universal appeal, and in terms of the latter, the Creta and Grand Vitara do have some of that. All in all, that means that pound-for-pound, one could consider picking the Grand Vitara hybrid over the Creta diesel, if they don’t mind the premium. You know you’ll get the mileage, range, and marathon-running capabilities you’re looking for, even if you’ll have to compromise a bit on the overall fit and finish. That isn’t to say the Creta diesel’s run is over by any means. It’s just got much stiffer competition now, and that’s always a good thing.