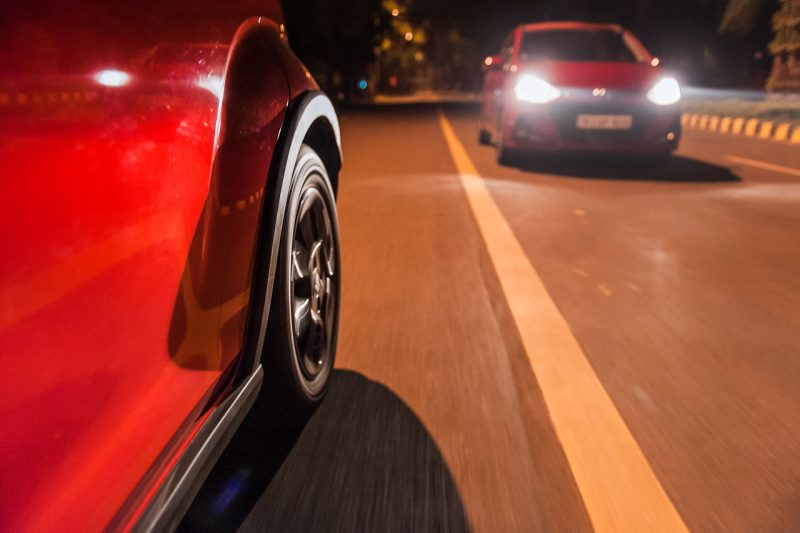 An armchair critic would by now have shunned this article, claiming that one of the cars is clearly better than the other. A more learned scribe would have given you, keeping up with the times, ten points on why you must put your hard-earned money on one and that the other’s a bit meh. But if you would have wisely skipped listening to either of them and taken a first-hand look at the two cars here — the Hyundai Grand i10 and the Maruti Suzuki Ignis — you would have had the same perplexing thought crossing your mind as I did. On the one hand is the rather well-selling Hyundai Grand i10, replete with features and a new engine. On the other is the all-new Suzuki Ignis which, along with a Maruti badge, also gets a diesel engine in India. And if I were to act my age, my money would be on the Ignis purely for its looks.

But that’s a story half told. To make it simpler, let us start with the Grand i10 first, which is exactly how — chronologically — this test was done. A few hours after first getting behind the wheel of the Hyundai, I began to appreciate the light controls — especially in the city — the trouble-free Apple CarPlay-ready audio system, and the linear power delivery of the 1.2-litre diesel engine. The latter is further accentuated by its ride on good roads where, as keenly put by a friend, it seems to glide over the tarmac — quite a compliment for something that’s not too shabby in the corners, either. But before you get your hopes high, it must also be mentioned that the Grand i10, despite being docile, easy to drive, and even a bit enjoyable, is not for the enthusiastic kind — the weightless steering isn’t friendly enough to communicate what’s happening, among other deficiencies in the chassis. Given that other recent products (especially the Elantra and the Creta) feel aeons ahead of the Hyundais of the past, the new-ish Grand i10 could have been better.

Now, going by the flow of things, you would expect the Ignis to do the opposite. It’s after all positioned as a nippy Suzuki — something all of us have been waiting for. And it fared rather well when we drove the petrol-powered version, so the expectations are nothing but high for this one, too. And all starts to tumble down on the move. The steering is lifeless, and the engine makes more noise than that of the Grand i10. One would forget that if the Ignis made good progress, but it doesn’t. On the bright side, it handles bad roads a tad better, is easier to place on the road — maybe because of that driving position I find a bit too tall for a car. And the controls are smooth, the gearshift is problem-free, and the overall stability isn’t bad, either. You tend to take rough patches at higher speeds than in the Grand i10, which makes all the right sense here, if you keep the micro-crossover positioning in mind. The engine and gearbox work flawlessly, but it feels characterless for most part. So much so that I started to question if it was the same company that made the Swift, which even after all these years, continues to please the driver, especially when fitted with good tyres.

The Ignis can though make you look cooler on the move, which brings us to the more relevant topic here — the looks. The Grand i10’s refreshed styling with new bumpers (front and rear) and an updated grille might manage to keep the car in the news, it’s no match for the Ignis. Thanks to its quirky design — boxy and upright; think of it as a sporting Wagon-R with wheel arches so wide that RWB might not think twice before rebranding it as theirs — the Ignis grabs all the attention. The rear to many is a disappointment, but I feel that it will eventually grow on you. The front with its bright, wide LED DRLs makes its presence felt like no other. The dual-tone colour theme on the press-loaner here adds to the sporty appeal, but even without that or those all-black alloys, the Ignis certainly makes a lasting impression. Good enough to make you rush to the nearest NEXA outlet? You bet!

The oddities continue on the inside, with a Merc-like protruding infotainment screen, toggle switches that wouldn’t look out of place in a MINI, and bare metal on the transmission tunnel that looks as cool as it would on something more, erm, macho. The neat instrument panel comes with added functionality, including the ability to magically turn red if you (unknowingly) manage to drive with one of the doors ajar. In comparison, the Hyundai Grand i10 feels so 2010, with a plain cabin, which scores high on fit, is arguably more useable, and feels like it’s from a segment and a half above.

So which of the two deserves your money? With both cars having a well-defined target audience, it’s easier to choose which one works better for you. The Grand i10 continues with conventional looks, offers more features, is marginally better to drive, and has a likeable engine. The Ignis does everything differently, with a more appealing styling, decent overall stability, and more character — except for the driving bit. If you’re enamoured by its looks, get the Ignis petrol. It feels massively better from behind the wheel and gets all the attention. For everyone else (looking for a diesel, especially), the Grand i10 is an easy choice.