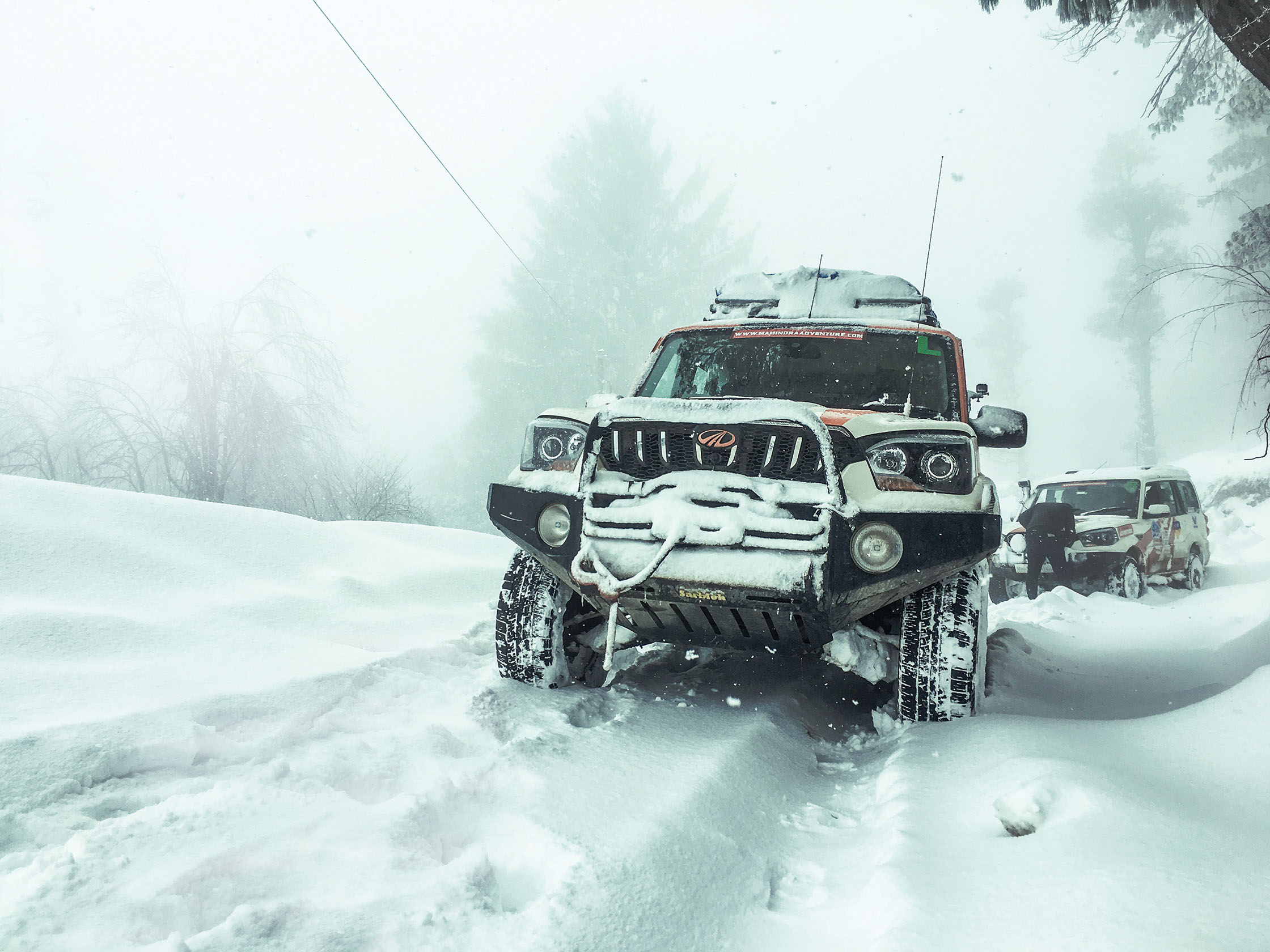 I think a rainbow perfectly describes human life. It is filled with ups and downs. The colours make us happy, the rain makes us glum. But we put up with the rain for the better visual future. And when the colours start to fade we see hope that they will return, and hope is all man needs to survive. My latest outing with Mahindra Adventure was just like this. Hopeful, disappointing, exhilarating and at the end, just so damn rewarding. 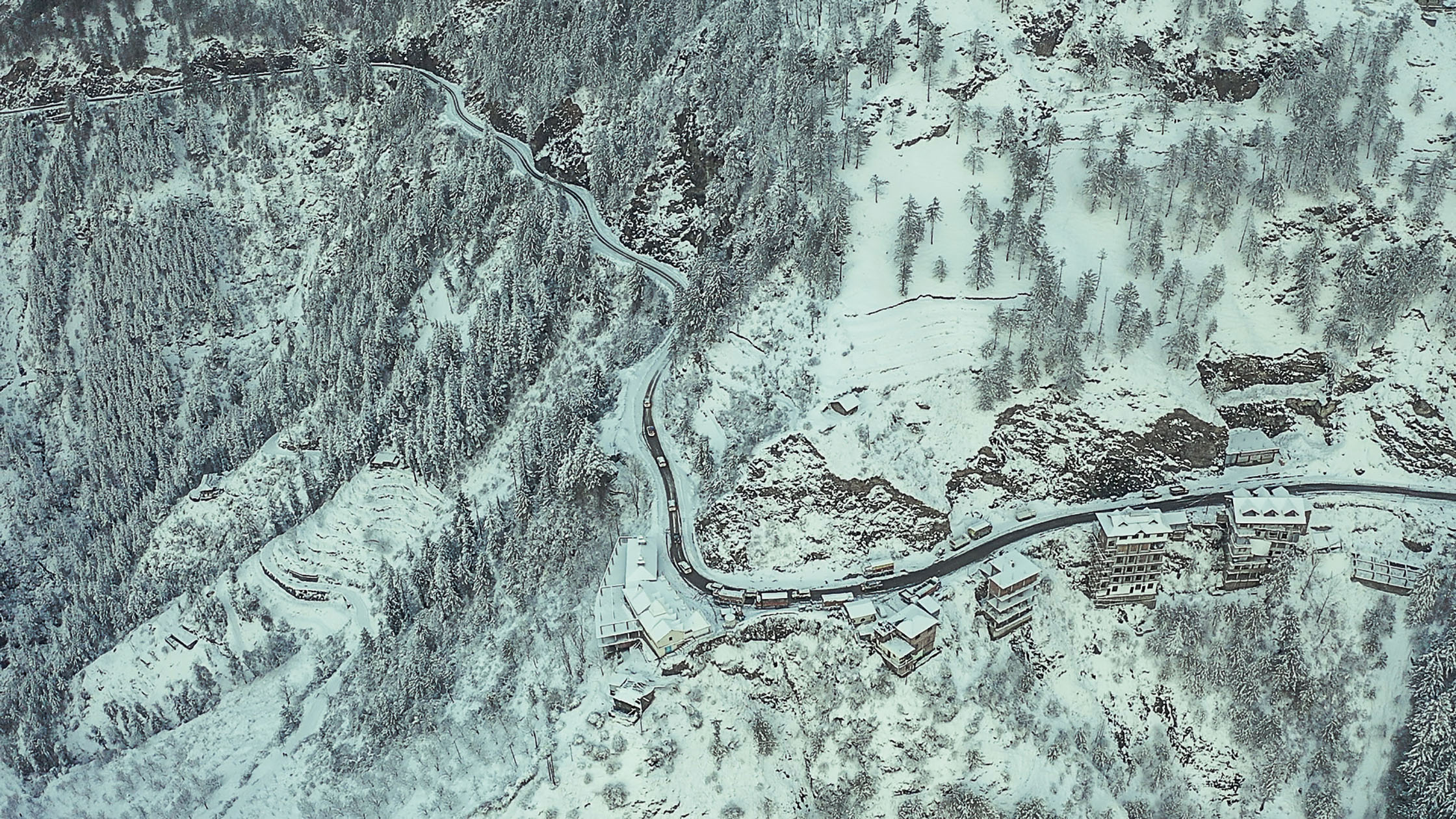 The Snow Escape, like most such adventures, started in an urban city, this time Chandigarh. The drive to our first halt, Narkanda, was quite glum if I’m being honest. That beautiful town of Shimla is now an overcrowded city, with pollution being spewed in gas, liquid and solid form everywhere. We got stuck in traffic trying to make it past, before eventually getting through. The only solace was seeing snow on the side of the roads by the time we reached Narkanda. And the temperature started to drop (eventually falling to six-degrees) in the evening. It seemed we were on the right track! 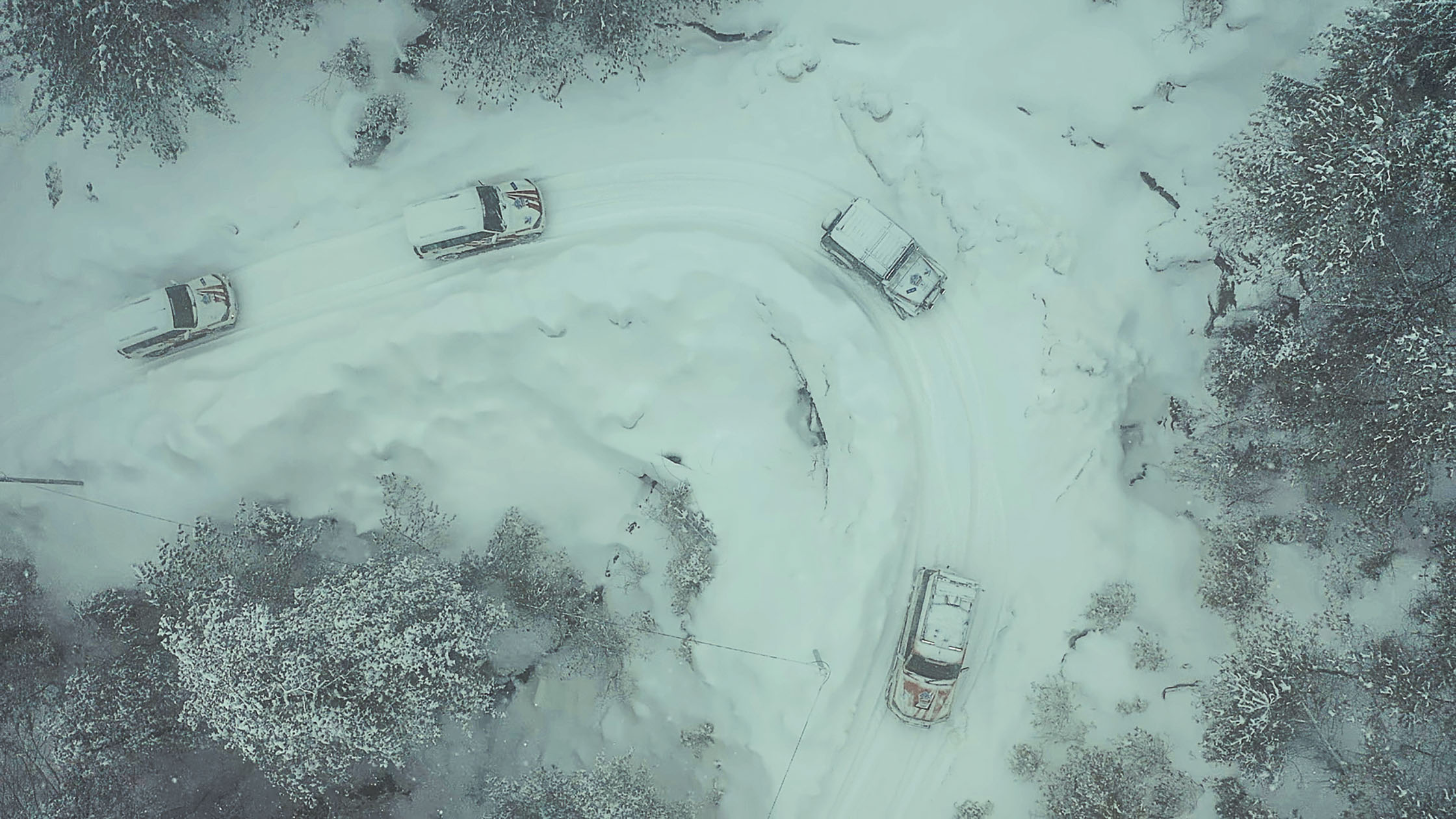 The next day we headed to Kalpa, where we got reports it had just snowed. It was a long and ardous journey, and I’d tell you about it but there was nothing memorable, either. It was mountain roads interspersed with valleys and rivers and the occasional hydro-power projects which have wreaked havoc with the natural habitat there. But once we started up the final 10 km to Kalpa is when things started getting interesting. I didn’t realise how cold it had got until I suddenly saw my breath mist up in front of me. It started drizzling a bit, and everyone knows that rain makes things considerably colder. The road was slippery, though no black ice had formed yet. And Kalpa itself was straight out of a movie. It was covered in a blanket of pure white snow in every direction. Outside our hotel, the snow hid the tarmac, too. We parked our cars, and slipped our way to the entrance, crunching through snow for the first time. That night was the first of our ups and downs. Our original plan was to go to Kaza, which was up to its neck in snow. It was to be the highlight of our trip, where we try on snow chains and just have an absolute ball. But we received reports that the road to it was blocked due to landslides. Completely. That left us all quite depressed. But then after dinner someone slipped down some icy stairs, and discovered snow makes for a good cushion. Someone else found a snow shovel, and there was alcohol involved, which resulted in the first of many impromptu snow fights. I don’t know what it is about snow fights and pillow fights, but everyone gets so damn serious, personal and committed in them. And yes, I’m guilty too. But oh, what a snow fight that was! It did make up for the disappointing news in a way, and our drive leader, Hari Singh of Drivetech, told us we were heading to an alternate place that might have snow, too. So suddenly everyone was hopeful and excited again through the -6 degree night. 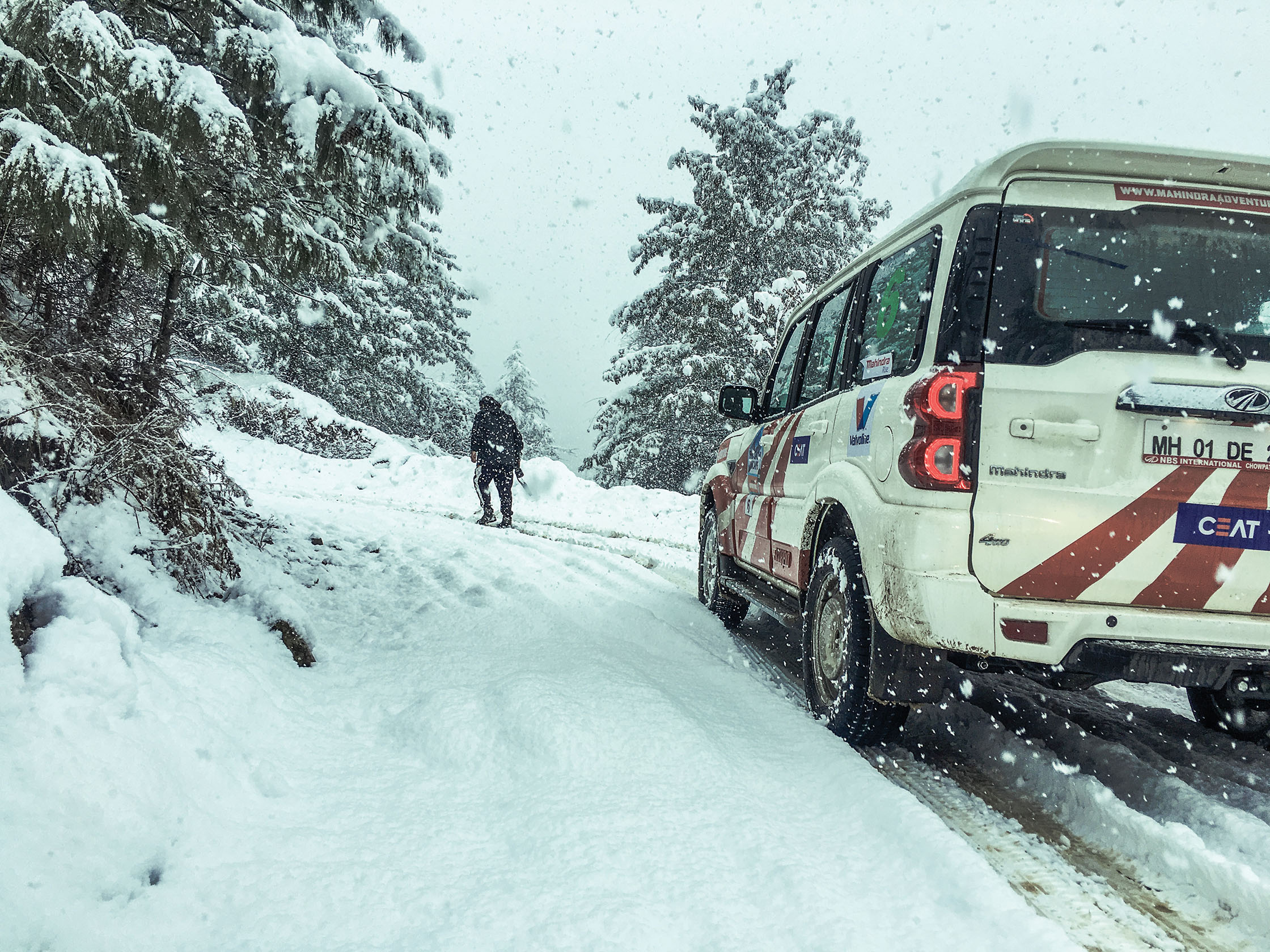 I had never heard of Rohru, nor the Pabbar Valley in which it is situated but I’m told it is responsible for some of the best apples you can get your hands on (It wasn’t apple picking season so I can’t verify that claim yet). And being a small town it had no major hotels, so a campsite is what we got. Yup, tents that you can buy from Decathlon is where we were to spend two nights, and did I mention this was on the banks of a river that was three-degrees cold before the sun even set? I thought I would freeze to death and I was seriously considering the option of sleeping in the car all night, but to my utmost surprise, it was the best sleep I had on the entire trip. Scratch that, it was the best sleep I’ve had in years. It was windy, but we were provided with two blankets, each at least four fingers thick, and hot water bottles. It was comfortably warm if you stayed under them, and the sound of water flowing is incredibly calming in itself. I slept like a baby.
We didn’t come to Rohru to camp, though. Chanshal Pass is a mere 35 km from it, and that had 20 feet of snow at its peak. That was the new destination and we headed out post breakfast. As we started to climb, we started experiencing more of that white powder as we drove through snow that had fallen in the past few days. And then our radios crackled to life as Hari gave the command I had come all the way from Bombay for: ‘Convoy, we pull over at this village and put on our snow chains. We have arrived.’ 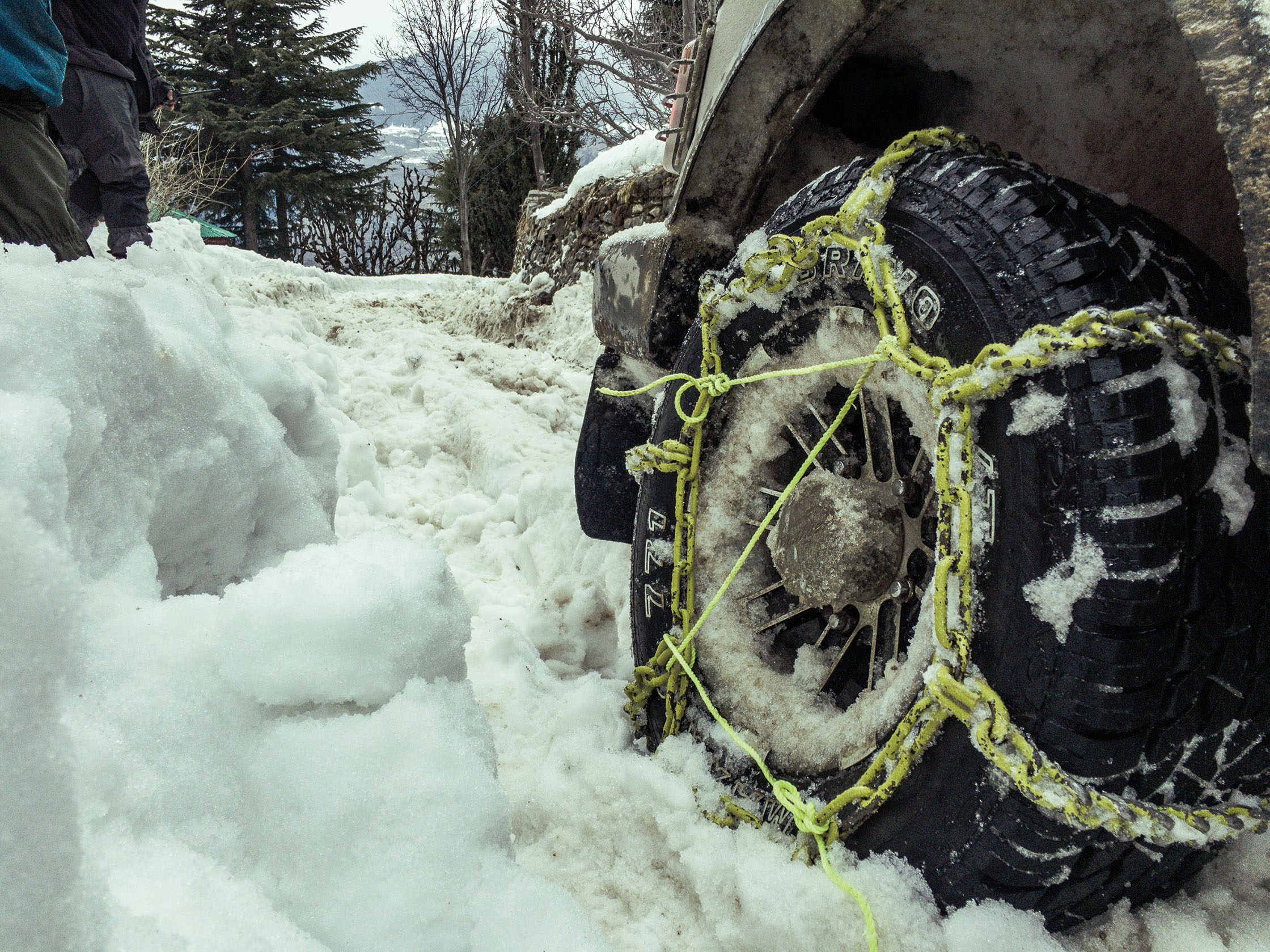 Snow chains are quite an experience in itself. They are heavy, cumbersome, prone to entanglement and made of metal. It isn’t easy to breathe at that altitude, it is extremely cold, I am nowhere close to being fit, and gloves are useless for working in. Now put all those together and you get a very excited individual getting out of his car to put on snow chains, turning to a very miserable, cold and wet individual 30 minutes later. But those chains were on, and we could see the road ahead drowned in snow. A large smile followed. The locals came up to us and commented, in no uncertain terms, that we were absolutely mad. The smile got even bigger. This was it. The Snow Escape. Our snow chains dug into the hard-packed ice as we toiled and struggled to progress. We used shovels to clear a path. We used winches. And good old manual labour. Oh, and all this was at barely four-feet of snow. What did we get for our troubles? Well, seven hours after we started putting on the snow chains, we had only travelled 300m ahead. But what an insane seven hours it was. Laborious and miserable and yet so pure in its reward at the end. I had dreamt of driving in these conditions, and here I was fulfilling said dream. Later that evening over the campfire I thanked Hari Singh for making sure we experienced what we did. But he had a strange smile on his face as he replied, ‘The drive isn’t over yet.’ Little did I know the best was yet to come. 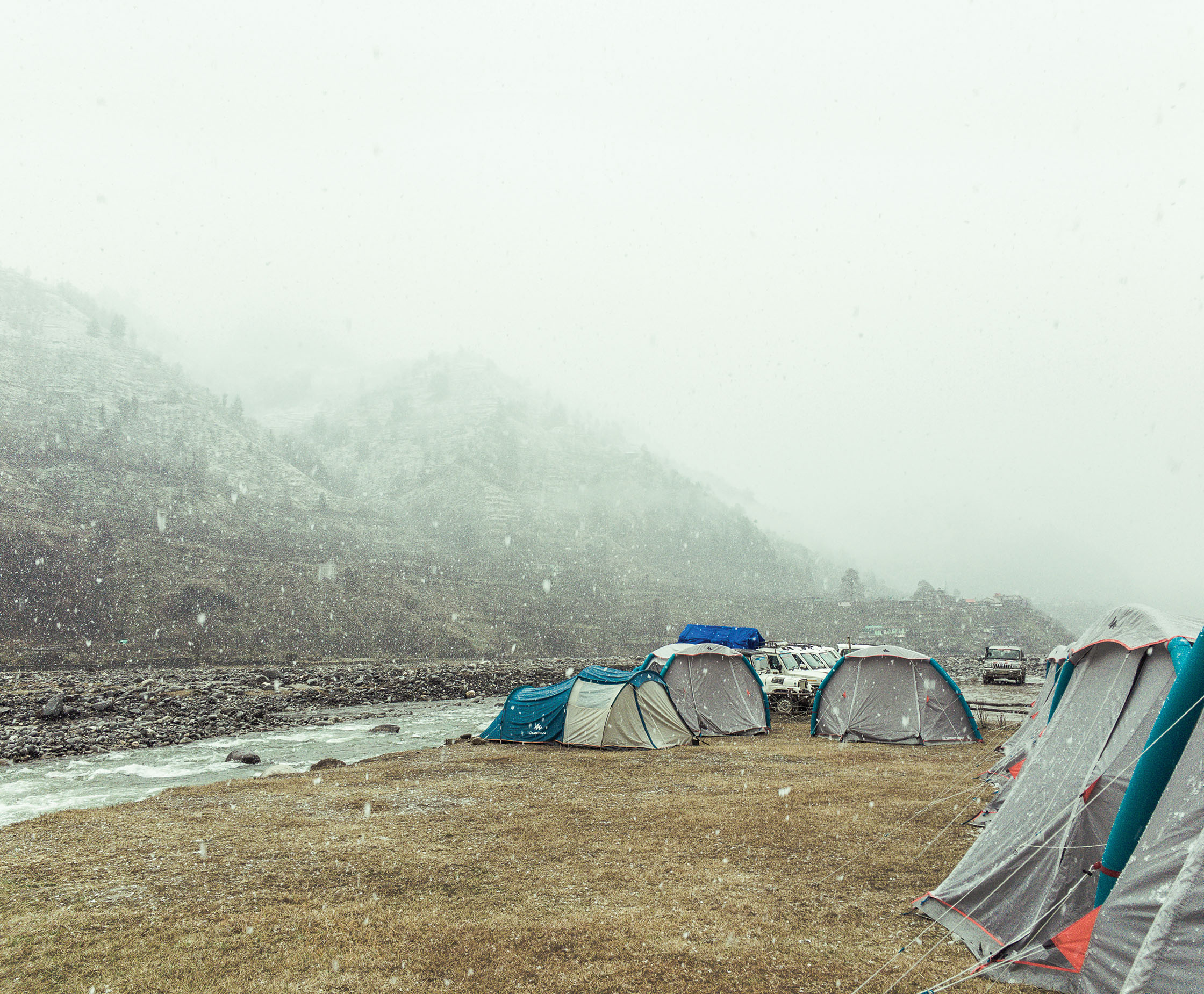 The next morning we were greeted by a stunning sight as we drew back the tent entrance. Snow. Tonnes of it. Falling all around us. Large, airy flakes of white blew everywhere and there was a light carpet of it on the tents, grass, the cars and the entire valley around. If you have never seen an entire valley covered with fresh snow then it will, quite literally, take your breath away. For someone who’s spent his life in Bombay, this was surreal and the perfect icing on the proverbial cake of our trip. But the route we were taking back to Narkanda wasn’t the highway we had taken to get here. This was through the countryside, and out of the 45 km we drove on that road, a good 40 km were through snow. It was vastly different to the snow we experienced at Chanshal, though, as this was fresh and falling as we drove. I learnt that fresh snow has a lot more traction than the hard packed old snow we experienced the day before, which is why we didn’t need to use the snow chains at all. And as those flakes kept falling all around, it led to even more impromptu stops, and the ensuing snow fights (did I mention people take these fights very seriously? Kamikaze pilots show less commitment to a battle). Then every once in a while, a random tree would get too heavy with snow and the branches would sigh and droop, dropping all the snow in a magnificent white shower. If you stepped off the road, you would sink up to your waist in snow instantly. We made snow angels and shovelled snow into unsuspecting friends’ faces. And the views of the valley were unlike anything I’ve ever experienced before. There was so much white powder all around in every direction that it felt like being inside the left nostril of a Pablo Escobar fanboy. I thought it would never conclude, but we finally descended into Narkanda, and our white high was once again replaced with the depression that accompanied the realisation that it was over. 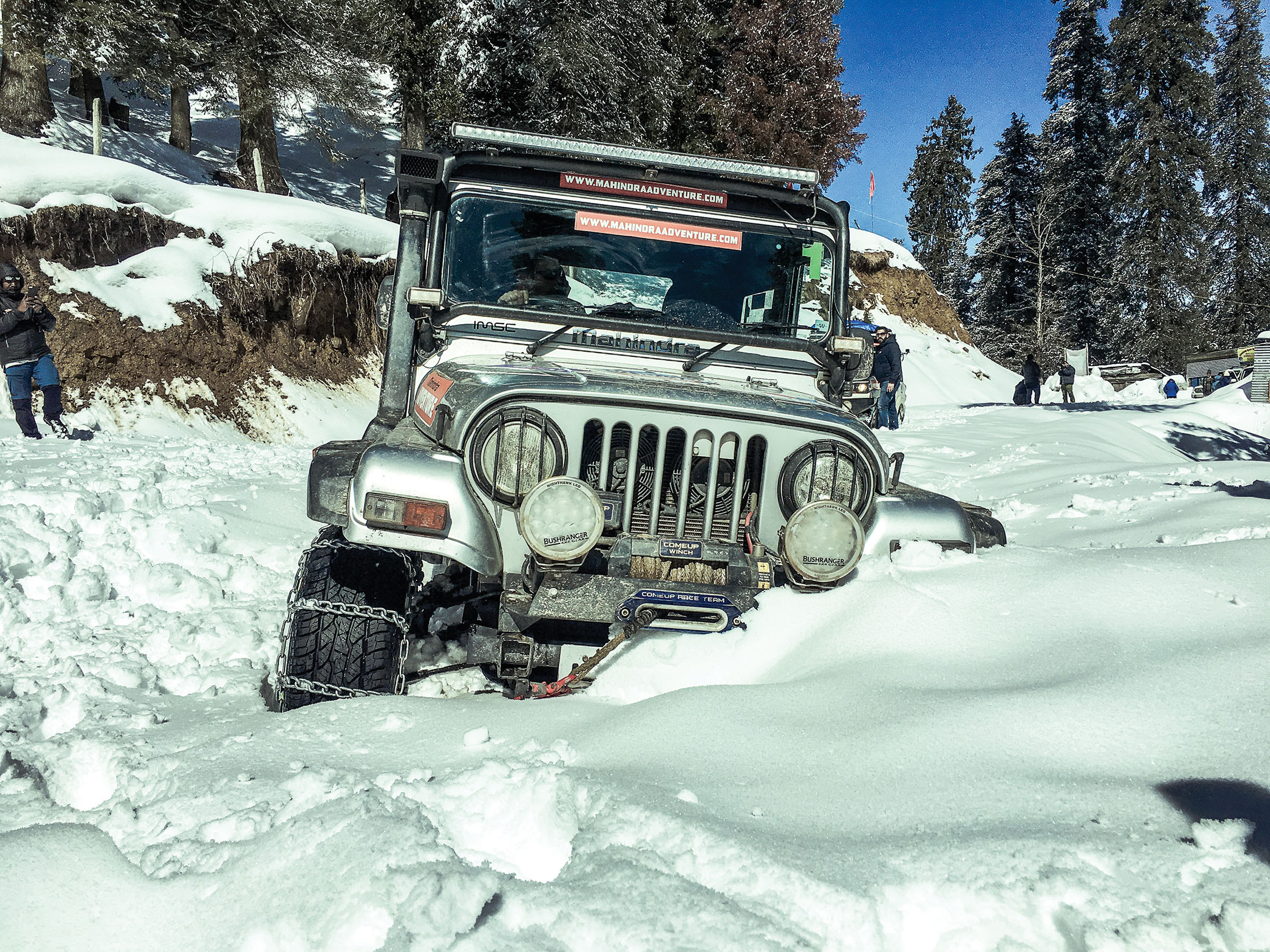 I spent most of my childhood dreaming about snow, and when I finally started to drive, a car was added to that dream. It was hope that kept me going, and that patience was finally rewarded with the most beautiful drive I have been on in my life so far. Snow in itself is a tricky business. We had to add anti-freeze to our diesel tanks to keep them functioning, but the washer fluids would turn to ice. Snow fights are fantastic fun, but then you realise frostbite is starting to set in, and the only heat is the exhaust fumes of the closest car. Dressing up for the snow is all about adding as many layers as possible, but that means just as much trouble taking them off. I decided it was easier to just not have a bath instead. No one noticed. But more than all of this, there is something about snow that feels pure and unadulterated. Everything it covers feels untouched and divine, irrespective of what it is underneath. 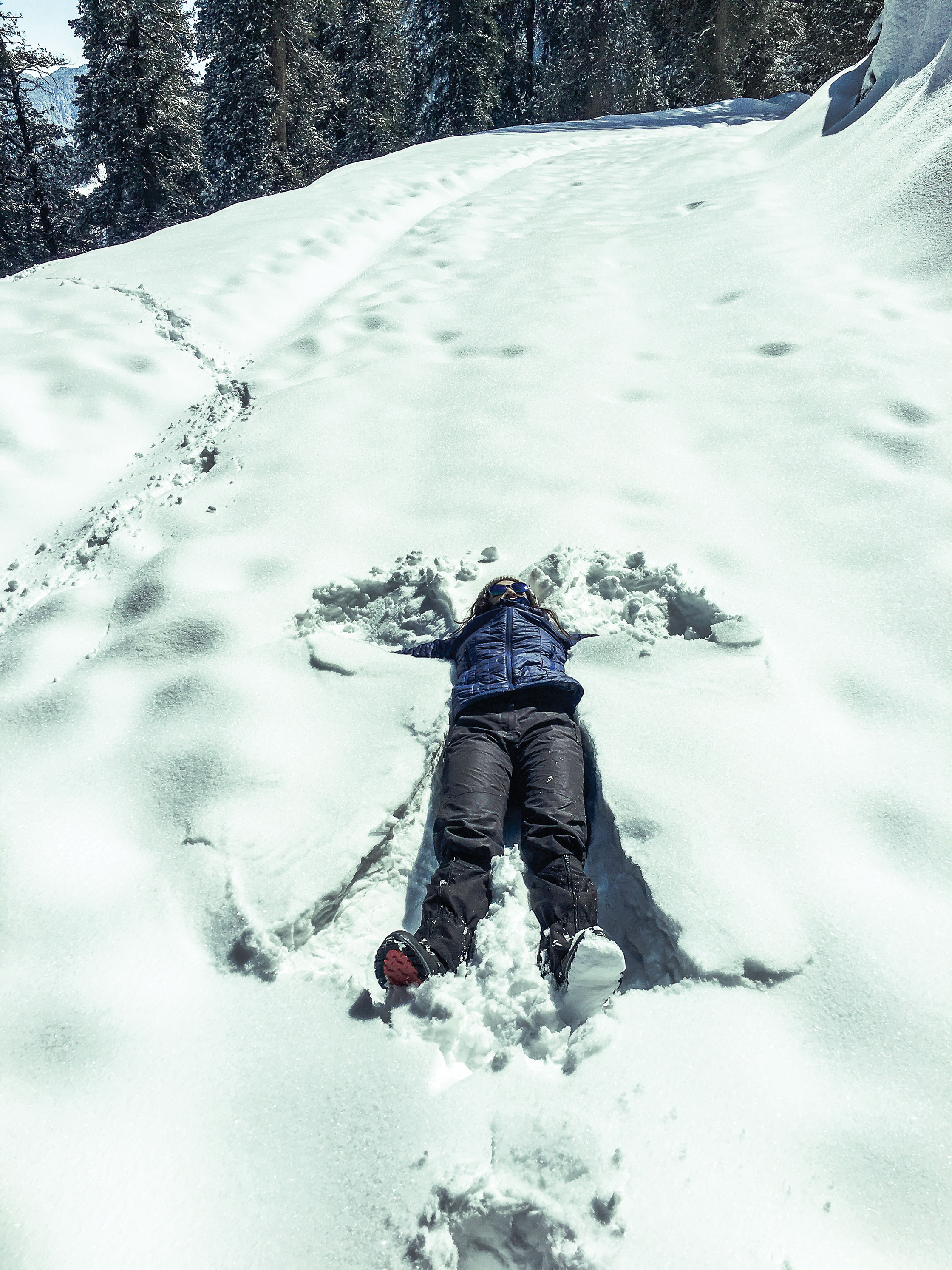 I have grown extremely cynical of humankind, and how irresponsibly we treat nature, but seeing this carpet of white gives me hope. Because that is what snow is, a reminder that we can start fresh, with a clean sheet, and work toward a brighter, cleaner and purer future. So get out there and drive in the snow. Do it for nature. Or just do it ‘cause it’s fun.