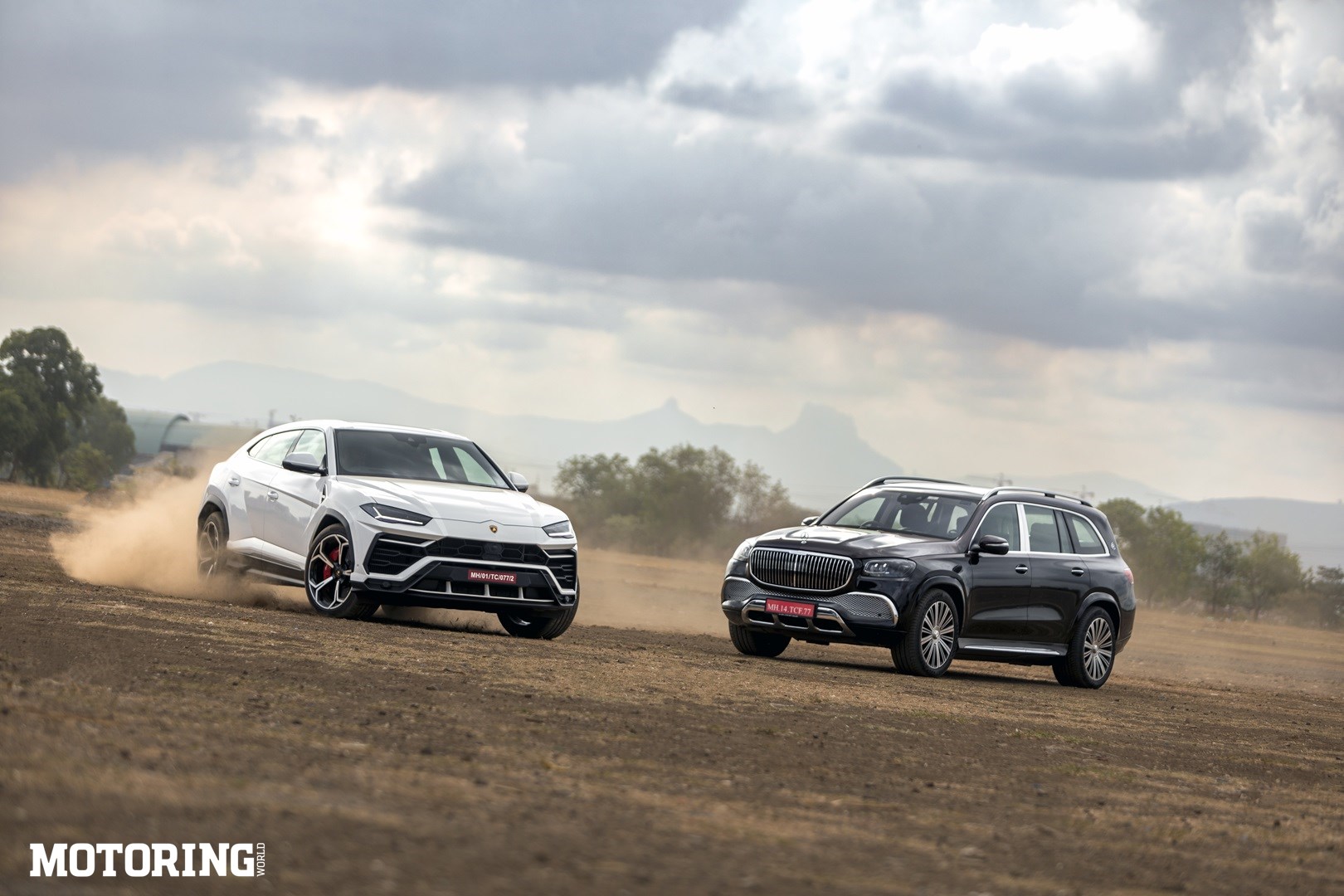 It’s hysterically odd that driving two unbelievably amazing cars on the same day could lead to one of the most difficult choices I’ve ever had to make. On the one hand, there is the elegant and opulent Maybach GLS, and on the other, is the crazy and ballistic Lamborghini Urus. Now, you can’t really compare the two, seeing as their respective clientele are miles apart, but if I had about Rs 4 crore in my bank account just waiting to be spent (unlikely, but a man can dream), the question arose of which one would I pick. 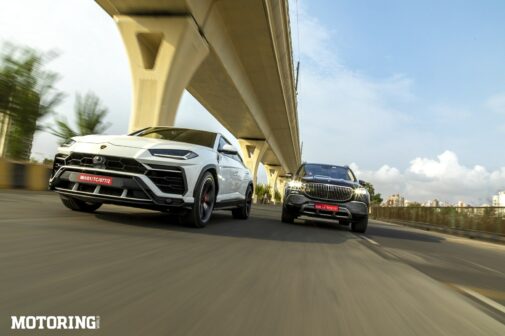 I still find it difficult to fathom how Lamborghini made an SUV look like its supercars, and yet managed to give it that beefy look people expect from the type of car. The Italian brand has managed to shoehorn quite a few of its supercar design tropes into the Urus, from the extremely raked roofline and angular cuts and creases, to the Y-shaped motifs in the LED DRLs, the tail lights, the doors, and even the spokes of the massive 23-inch wheels. This is a big SUV — it’s over 5m long and 2m wide — but somehow, it all looks rather compact.

And that’s especially true when standing next to the stately GLS Maybach. This gargantuan Merc exudes class from every angle, giving off a very distinct luxury barge vibe. It’s quite a climb to get in, yet those retractable footboards do make it quite easy. However, I have to admit, I’m not used to something being so convenient and ended up standing too close to the door and bumping my shins. I also love how this GLS looks like a regal manor riding on enormous 22-inch wheels, and comes with a presence that’s too hard to ignore on the road. It’s not surprising that the Maybach offers what is probably the best cabin experience I have ever had. All four seats cosset and pamper you to an almost obscene degree — there’s heating, cooling, and a bevy of massage functions that’ll make any drive an absolute pleasure. The brilliant mix of materials used, from the premium leather to the metal and wood finishes on the dash and doors, truly puts the Maybach GLS in a class apart, and I haven’t even mentioned the modern and stupidly easy-to-use touchscreens. This combination of high-tech convenience and overindulgent well-being is rare, and all the more precious for that.

There’s, figuratively, acres of room inside, and even those with very large frames can stretch out in any of the seats without complaint. The comfort levels here are akin to a first-class seat on a plane, combined with the pure luxury you’d expect from a seven-star hotel, other than room service. I think a special mention needs to be made regarding the leather Maybach-badged pillow, which can be used either as a bolster or as additional support for your head, and the brilliant-sounding 27-speaker 1590W Burmester sound system.

It was at this point that I realised I was running out of superlatives and synonyms for just how much the Maybach GLS coddles you. I did have a couple of minor quibbles though. The front seat-mounted touchscreens are not as slick as the one in the front, and that when you’re seated in the most comfortable position possible (those rear seats recline to 43.5 degrees), the touchscreens are well out of reach. There is a removable touchscreen embedded in the rear centre armrest, but, again, it’s not as quick to respond as the main unit on the centre console.

Step into the Urus’s interior and it’s a different story. It’s not that the Lambo’s interior is not comfortable — it most certainly is and the seats, both front and rear, are quite well-bolstered — it’s just that the atmosphere is a complete 180. The lurid shade of red that contrasts beautifully with the black, grey, and silver dash, along with the jet boat-like controls, definitely make the Lamborghini feel like, well, a Lambo should. It’s a bit zany, out of the ordinary, and downright sporty. Quality of materials is excellent, but the fact that some elements — such as the digital instrument cluster and the touchscreens for the HVAC controls and infotainment duties — are very noticeably borrowed from Audi makes it a little less special.

The lack of physical buttons does give the dash a clean look, but the touch panels aren’t the smoothest, and require you to take your eyes off the road, which is especially riskywhen seen in the context of what this SUV is capable of. Despite the roofline, space is not a constraint, and even six-footers will have ample room at the front or the back. Still, seating five over long journeys may be a slight squeeze. Even in the lowest setting, the view out from the driver’s seat is quite commanding (typically SUV, but not typically Lambo), and all the controls are within easy reach.

That last aspect is especially useful when driving the Urus, because it can be absolutely mental when put in Corsa (track) mode, making it quintessentially a Lamborghini. To be honest, you won’t end up using the hardcore Corsa setting for anything other than a track, which is why Sport mode provides the best balance between rabid (and stereotypically Lambo) and manageable in everyday scenarios. The superb torque vectoring, rear-wheel steering, and four-wheel drive systems manage understeer so well, you wouldn’t think the Urus is an SUV at all. Particularly around corners, the Urus feels more like a large hot-hatch, making it an unqualified blast to drive. 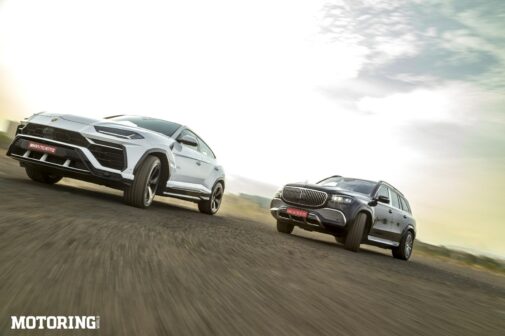 The powerful growl of the 4-litre twin-turbo V8 is addictive, and, considering it has nearly 2.2 tonnes to lug around, the 641 bhp and 86.68 kgm of torque make short work of it. This is one of the fastest SUVs in the world (it pounces from 0-100 kph in 3.6 seconds, and on to the engine delivers a literal gut-punch of acceleration, regardless of which driving mode is engaged. The sound, the sheer force, combined with the ability to act like a grounded hot-hatch in the twisties, makes the Lambo a dream come true. I still can’t believe the Urus is an SUV at times.

And yet, there are times when the Urus behaves like an absolute pussy cat, and not the roaring lion that it actually is. Stick it in Strada (Road) mode, and the eagerness is dialled down, so much so that it drives like you would expect a luxury car to. Ride quality is superb, and you barely feel a thing on the inside. Sound insulation is also top-notch, adding to the feel that you’re driving something plush and expensive. The Urus also comes with three off-road modes, namely Terra (the standard off-road mode), Neve (snow), and Sabbia (sand). I wasn’t in any position to try them (nor will most people who buy the Urus), but it’s nice to know that the option is on offer. 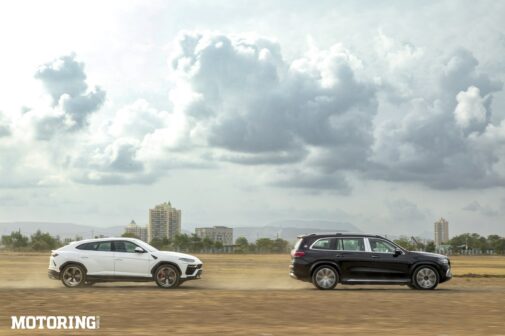 It came as something of a surprise that the Maybach GLS delivers a shove that almost matches the Urus in a straight line. This 542-bhp 4-litre V8 engine may not make the same figures as the Urus’s, and the Maybach is almost 600 kg heavier, and yet, the 100 kph mark comes up in a scant 5 seconds. Some of this can be attributed to the additional surge that can be accessed when you really gun it, which comes from the 48V electric system, and brings the torque figure to 99.93 kgm. It’s a rather electrifying experience, getting shoved into those plush seats as the Maybach takes off. 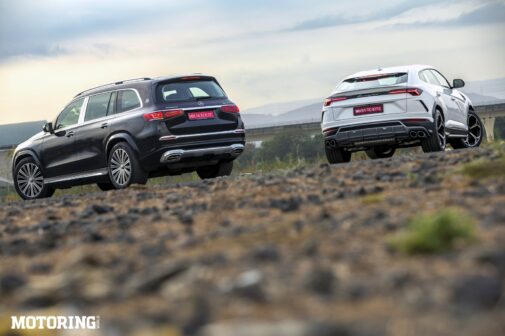 Yes, there is a lot of weight moving to the rear when you slam on the go pedal, but the excellent suspension doesn’t allow for too much of that take-off stance you’d expect. Speaking of the air suspension, it’s so well-calibrated that barely anything phases it, and it even allows for a curve mode that makes the inner side dip when pushing into a corner, thereby negating body roll to an astounding degree. You wouldn’t be able to keep up with the dynamic Urus on a ghat road, but it really is astonishing just how athletic this luxury yacht on wheels can be.

However, where the Maybach GLS really shines is in the signature Maybach drive mode. The burly V8 is muted, the suspension is supple and very forgiving, and the light steering makes the car so manoeuvrable that you’d think you’re driving a Rs 20 lakh SUV, rather than something that costs well over 10 times that amount. Incidentally, neither of these large SUV’s ex-showroom prices are actually what you’ll pay for it. After all, customisation and personalisation are at the heart of buying a car at this level, and the respective ex-showroom price tags are only indicative. 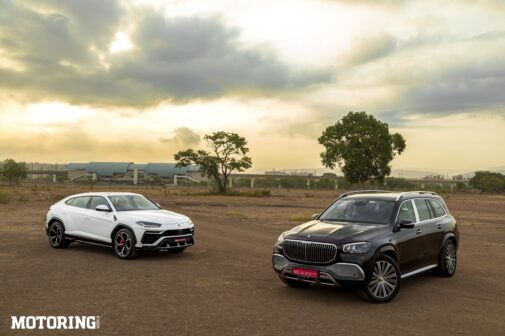 You can spec them with as many goodies as the brands will allow, and that’ll take their price to the Rs 4 crore region with ease. So, to reiterate, if I had Rs 4 crore just lying around, which one would I pick? I just can’t decide. My dilemma lies in the fact that I have to choose between ultimate opulence, with a minor compromise on performance and ultimate performance, with a minor compromise on luxury. This truly is Sophie’s Choice, and like her, I would only pick if I had a gun to my head. Until then, I’m just really glad I got to experience the pinnacle of SUVs in one day.