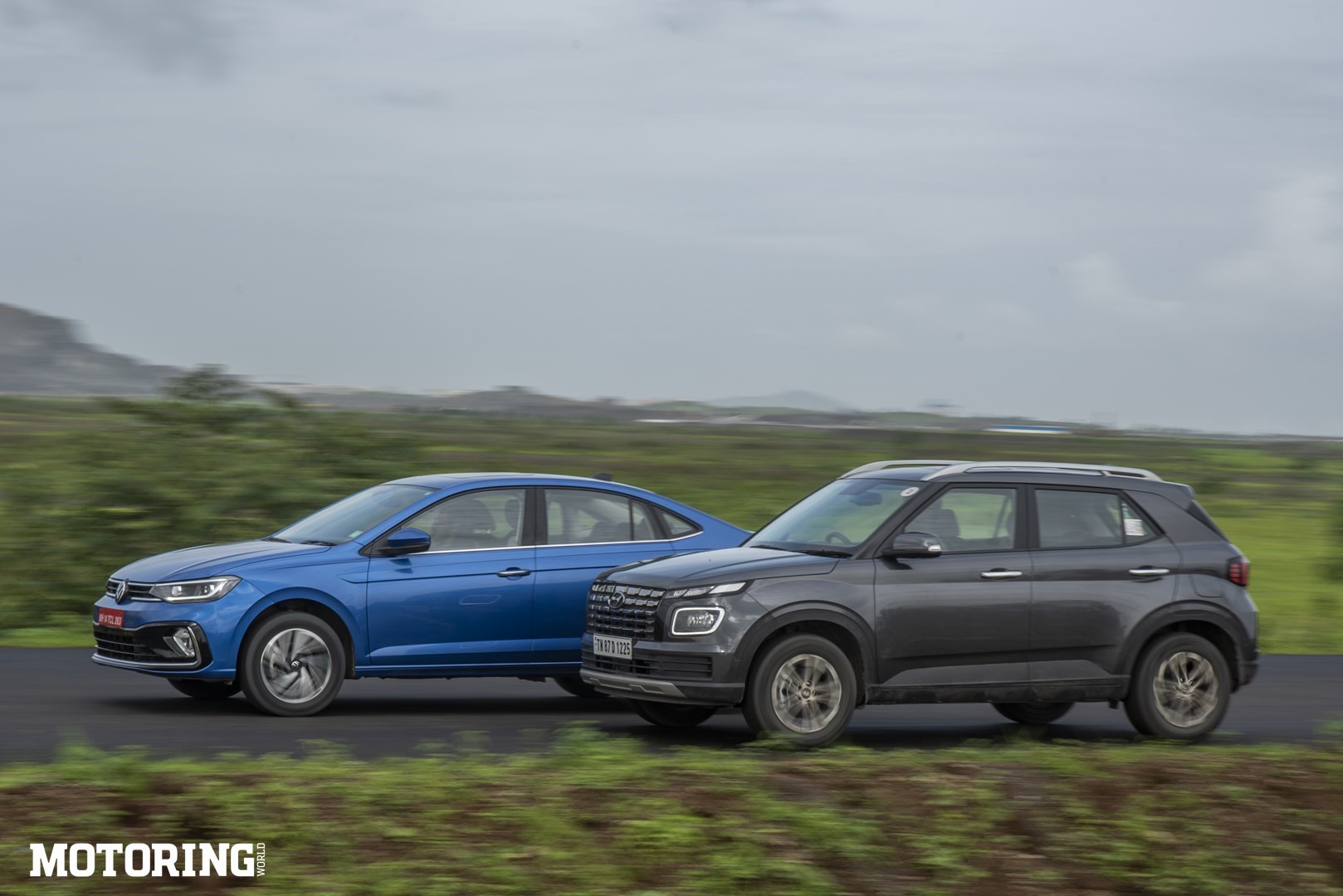 You’ve probably noticed by now that I’m a slightly irrational fanboy when it comes to naturally aspirated engines. I’ve moaned about the infiltration of turbo-petrol engines in mass-market cars, whether they’re hatchbacks, SUVs or sedans. Still, I can’t deny that the current crop of 1.0-litre engines from Volkswagen and Hyundai have been rather good, so far. The pairing of VW’s TSI engine with every model to date — from the now-discontinued Polo to the Taigun — has been very much to my liking, and some Hyundais — namely the Nios Turbo, the Aura Turbo, and the previous Venue with the manual — that got the brand’s GDi engine have been exciting in a straight line. 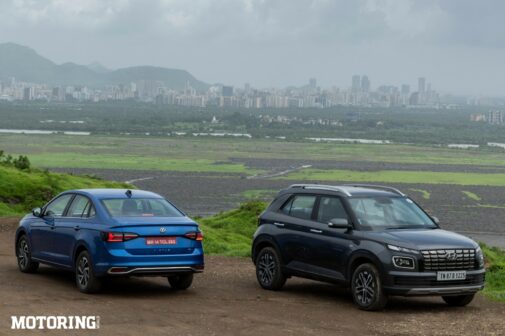 Which is why you see the sleek Volkswagen Virtus with the 1.0 TSI engine and manual gearbox, standing beside the futuristic-looking Venue 1.0 GDi with the iMT. The purist in me wanted a manual gearbox experience, or in the case of the Hyundai, the closest thing, to get a greater feel for the engines. What I was looking for was if the newest crop of cars that carry these fun, affordable engines are worthy of them. 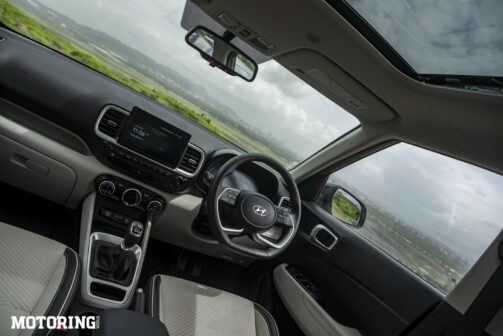 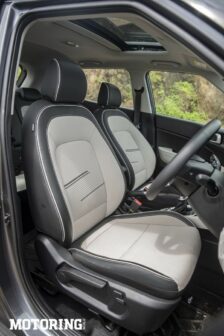 Step into the Venue and you get a commanding view of the road, even when the driver’s seat is in its lowest setting, which is great for squeezing by larger, slow-moving vehicles when combined with being in the right gear (more on that later) before you make the manoeuvre. I also liked just how low the Virtus’ driver’s seat goes, as it suits the sedan’s sporty aspirations, particularly the way this gem of an engine pulls. Despite that low position, the short front overhang means you can easily tell where the bonnet ends when you need to ease it into a tight parking spot. 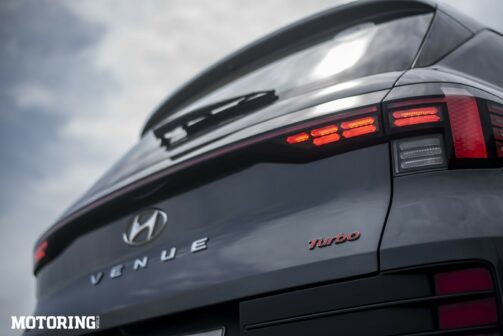 Going back to that point about the gears, I found the iMT is easy enough to get used to, though the first few times, the muscle memory kicked-in and my left leg just went for a non-existent clutch. The gear shift is smooth enough, too, but there’s something lost in the quickness of the shift, and the point where the engine engages. The 6-speed unit shifts slickly and slots into place easily, too, but then — something that’s inherent in iMTs and AMTs alike — the clutch doing its job instead of me takes a mite longer. Still, if I remember to shift down earlier than I normally would for a quick overtake, and the brilliant 118-bhp 998cc engine does its job well. 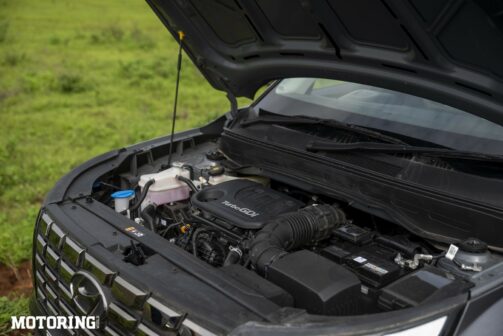 The strong 17.54 kgm of torque comes through the front wheels with just a hint of wheel spin from a standstill, and it’s tractable enough that from 40 kph to 100 kph in 3rd, it’ll pull more or less effortlessly, with a bit of gruff. To a degree, then, Venue is worthy of the 1.0-litre GDi engine. The SUV’s suspension set-up is understandably on the softer side and feels like it allows a little bounce from the rear at speed, but if you could switch those out for a stiffer set, there’s definitely some area for a higher level of enthusiasm. The iMT does its job — quite well I will grudgingly admit — but that job profile doesn’t necessarily include bringing the most out of the engine, performance-wise. 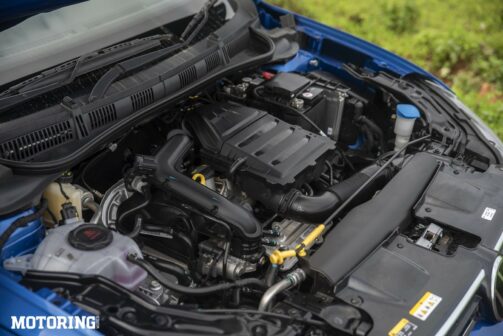 Meanwhile, the Virtus gets the combination almost perfect, pairing that award-winning engine (you probably got the hint that I’m quite smitten with this 114-bhp 999cc unit, despite my preference for naturally aspirated engines) with a 6-speed manual. The clutch comes off as quite light, and the bite point means you can almost drive it without using the accelerator in stop-go traffic. And it really does manage to bring out a good deal of the TSI engine’s potential. A slightly smoother shift would have been an absolute delight, and the reverse was marginally difficult to select sometimes, which made parking a bit more time consuming. 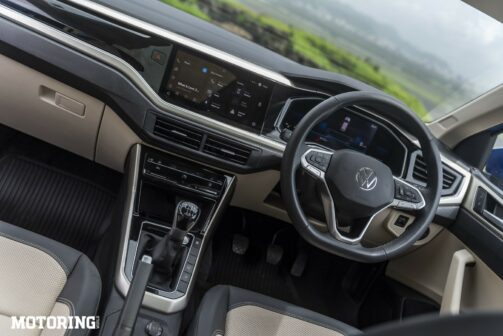 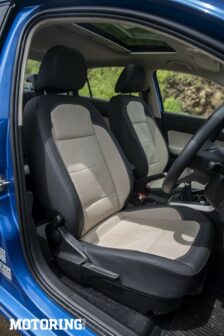 In every other way, from performance to economy, this engine and gearbox combination really sells the Virtus to me. Along with the tauter suspension and stiff chassis, the Virtus is proper just as it is. The ride can get a little busy over continuous rough terrain, but there won’t really be any complaints. A more feelsome steering would have sealed the deal unequivocally. Still, there’s something about the way the Virtus drives that will see you crack a smile now and then. The bonnet has definitely earned the well-respected 1.0-litre TSI engine. 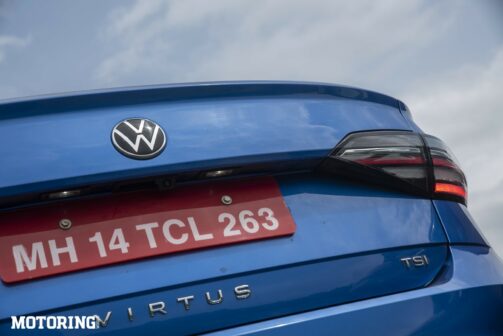 In fact, in the ways that matter most to me — acceleration and cornering ability — the Virtus 1.0 MT reminds me a little of the best of the Skoda Rapid Rider. It is nowhere near as affordable as the Skoda was in its time, but there’s far more in terms of equipment and space on the inside. It’s got all the modern amenities like cooled seats, a wireless Android Auto and Apple CarPlay touchscreen infotainment system, a nice-looking digital instrument cluster with blue highlights, wireless charging, automatic lights and wipers, and all that jazz. The practicality of the cabin and massive 521-litre boot is also on the high side, though plastics do feel more hardwearing than premium. 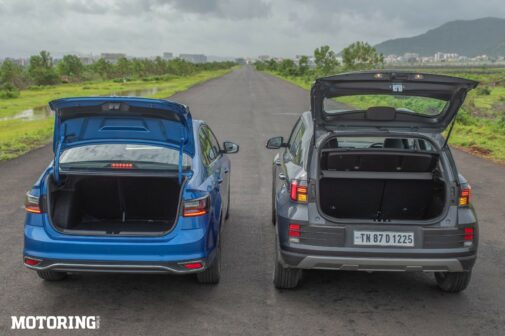 The Venue offers a sort of counterpoint to that, as it is also spacious enough for four, but uses vertical space for the same result. It’s a quirky-looking design, well-finished in solid-feeling materials, and gets a lot of the equipment — from the six airbags to the wireless connectable touchscreen infotainment — other than rain-sensing wipers and ventilated seats. While I have no complaints about the way they do their jobs, I did feel like the digital instrument cluster and infotainment touchscreen looked from the budget end of Hyundai’s parts bin. 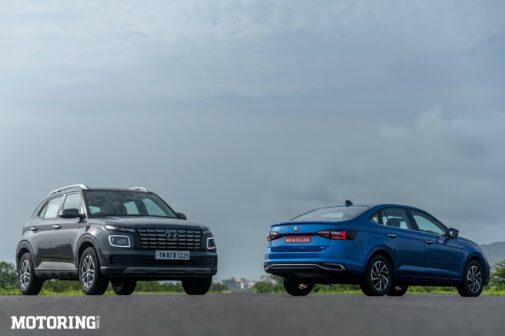 That’s not true on the outside, though. Having been at the unveiling of the Hyundai Tucson recently, I could tell that Hyundai has tried hard to scale down the sharp cuts and flowing lines — from what it calls the Sensuous Sportiness design language — to fit the Venue. That Tron-like grille has that ‘this is cutting-edge’ sort of appearance and, along with the slim LED DRLs and vertically slatted front and rear bumpers, makes Hyundai’s compact SUV look wider than it is. While the silhouette and rear design are largely the same, other than the new-design dual-tone alloys, the rear also features sharp-looking, and futuristic, wraparound LED tail lights. 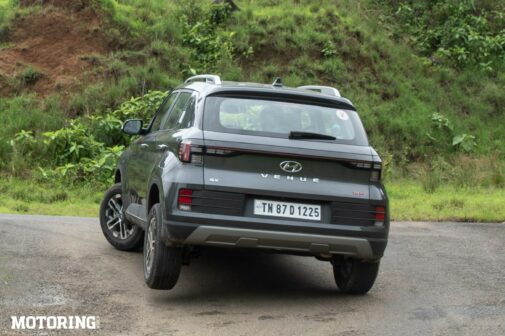 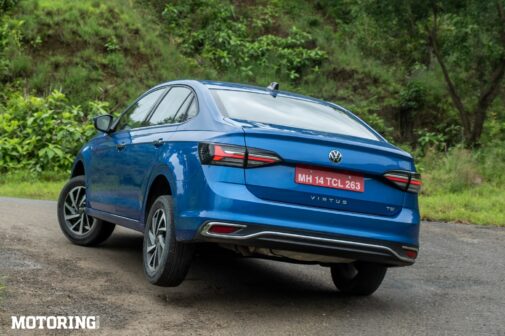 Despite having a short front overhang, Volkswagen’s managed to give the Virtus a long-looking bonnet, which is accentuated by that slim grille, those thin headlights, and that air dam-like front bumper. Overall, the sedan is quite a looker, with its front-leaning stance, coupe-like roofline, and long boot, especially in this shade of blue. Even the 16-inch alloys give the impression of a car in motion, and that style definitely suits the Virtus. I just wish they had put something on the front fender where you would see the black GT badge on the 1.5-litre turbo-petrol model, a TSI badge or a VW logo perhaps. 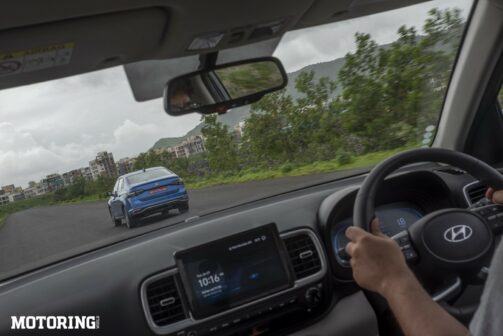 All in all, I like that both the Venue and the Virtus are worthy recipients of their respective engines, though the costlier Virtus definitely delivers on that promise by a bit more. For fun in a straight line, Hyundai’s GDi engine shines through quite well. More of the VW’s TSI unit’s potential is harnessed by the Virtus, which I quite like, as it thrills even in the corners. They’re both great value buys if you want a certain level of performance, economy, and premiumness, on a less than tight budget.